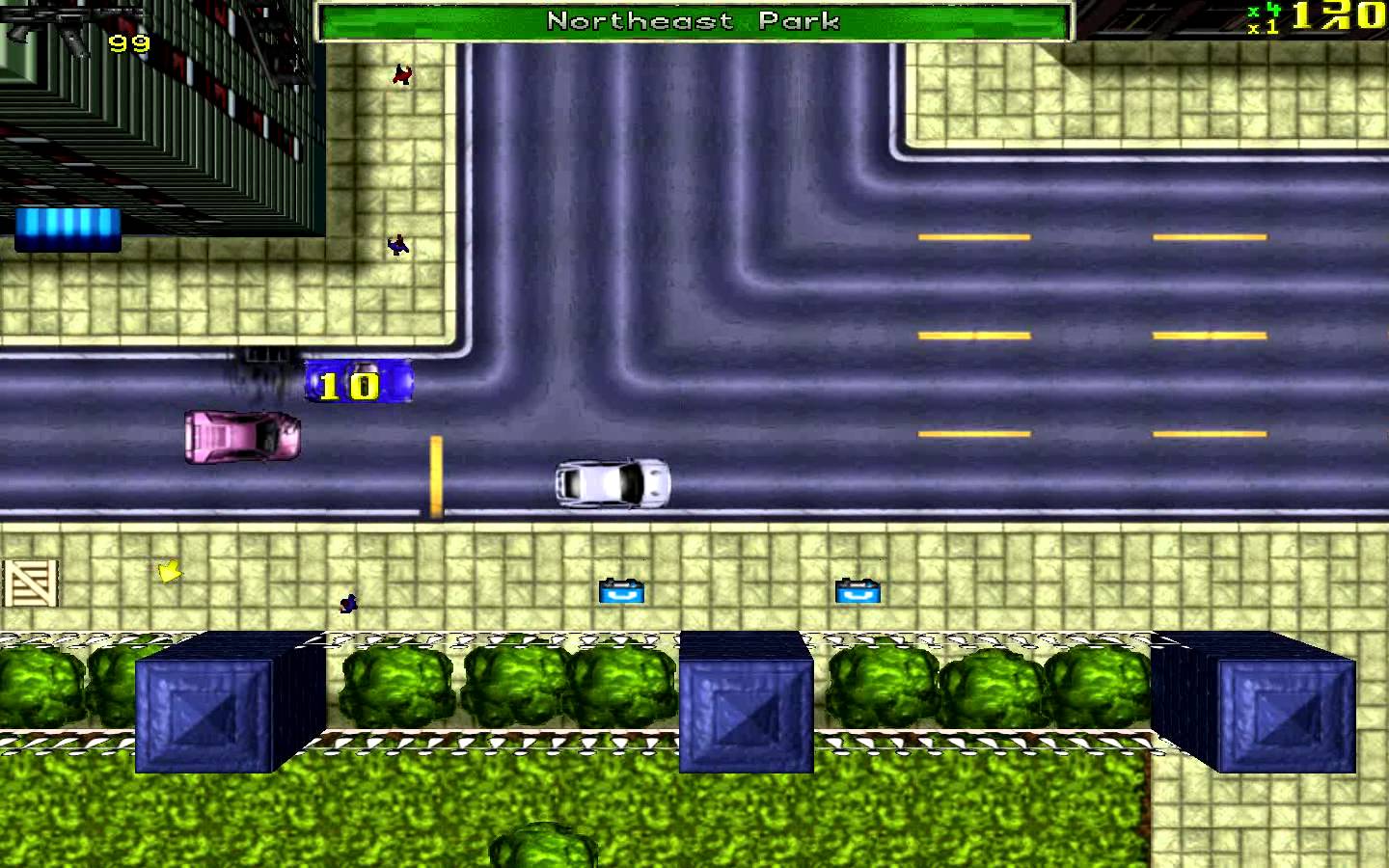 Above: It might look tame today, but Grand Theft Auto was hugely controversial when it first launched.

Purchese: So, he pulled some strings at newspapers….

Jones: He was very smart. He literally laid out weeks of planning. “I’ll say this. This will happen. This guy in the House of Lords will make a statement. We have our agent, and you’ll get on breakfast morning TV. This will be said.” And everything he said, down to the day, happened.

Purchese: That’s how easy it is to drive the news. So, of course, the game is Grand Theft Auto, probably the most famous video game series in the world. Did you have any inkling back then of the size of thing you’d created, the potential popularity of it?

Jones: No. Once again, we were doing something different, something we weren’t quite sure of. You know, we were actually brought in to make 3D games. There were some at BMG that wanted to kill the game, pretty far into it. Literally, three months from launch. There were 3D games coming out like Driver. Even internally, there was a big debate between the European arm of the publisher and the U.S. arm. The U.S. were very much about graphics. The Europeans and myself had to fight to keep it alive. Literally, three months before it came, it could have been killed. There’s no such thing in our industry as knowing exactly what’s going to happen.

Purchese: When did you know Grand Theft Auto was big?

Jones: The fact that it stayed in the top-10 charts, the first one, for 12 months solid.

Jones: People just seemed to love it. It would not go out of the charts. It just stayed in the top 10. Review after review, everybody saw past the fact that we were using the processing power more for making a game that was about involvement in the game, empowering AI and everything around it, rather than making it look great. The reviewers caught on to that. “You’d better look past the fact that it’s [a top-down] 2D thing. When you get into the game, it’s so much fun.” 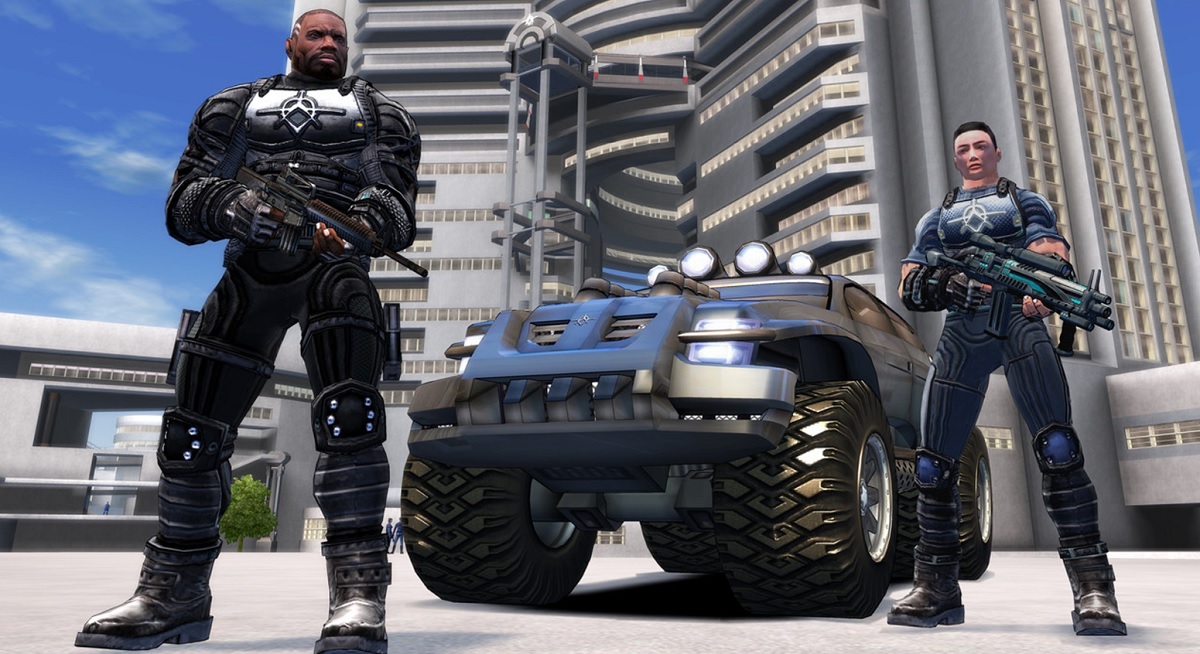 Purchese: I can still remember some of those songs on the radio. The one about big and hairy?

Jones: They found the women scary because they were so big and hairy. We had to write all the music for that game as well. We couldn’t afford licenses. We had different radio stations. It goes back, again, if I get in a 1950s pickup truck, I expect the radio to be tuned to that kind of music, intuitively. We went all out on different radio stations, depending on the look of every car. Different DJs, presenters on the radio stations. We wrote all the music ourselves — every kind of music in every kind of car. It was a real labor of love.

Purchese: It’s remarkable, really, because after this — the success must have been an order of magnitude higher than Lemmings even. But after this point, you started to kind of distance yourself a bit. There’s a string of acquisitions. Gremlin Interactive comes in [to buy DMA Design]. Eventually, DMA ends up in Take-Two’s hands — under the Rockstar label. It’s amazing now to think that those foundations of Grand Theft Auto are still there in the series now, though. They’re the pillars on which the whole series is made. The radio stations, getting in and out of cars, all that stuff. Why did you step back?

Jones: Well, I get bored quickly. For me, it’s all about new ideas and pushing the boundaries. After two or three versions of the game, I’m chomping at the bit to do something new. At that point, GTA was so big that I knew it was going to be the focus of the studio from now until eternity, which it still is, in Edinburgh. I wanted to take some time and think about how else I could innovate, what I could go away and do. I enjoy doing what I do, which is trying to be creative from the ground up.

Purchese: You went on to create a new studio called Realtime Worlds. For a few years, Realtime Worlds existed but wasn’t really on the radar. Then, Microsoft comes along. What happened there?

Jones: Open-world gaming, after GTA, became a big thing. A lot of publishers were looking for an open-world game. I had a chat with them. They had the Xbox 360 coming along after the launch of Xbox, and they wanted to look at an open-world game. At that point, I didn’t want to do another GTA, but I did want to do a platforming game. It felt like that was something I’d never done before. I had the idea of mixing an open world city with a platforming aspect. That’s where Crackdown was born. 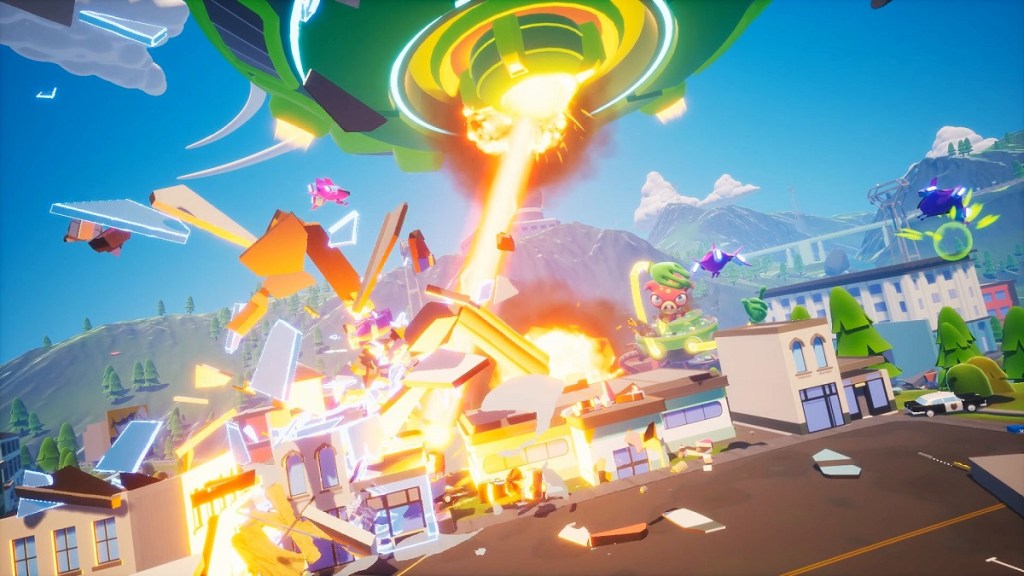 Above: Cloudgine made a game to showcase its engine.

Purchese: Did Crackdown change much from that initial idea?

Jones: I think it did. I think the treatment of it did. But the core idea, probably not a lot. It really was — I loved RPGs, so I liked the idea of progression, and I love platformers. For it was taking a few simple ideas and mixing them up in a slightly different way than games had done before. Those core ideas were always there.

Purchese: Crackdown wasn’t necessarily the hit that GTA and Lemmings were. But it was a bit of a left-field game. Microsoft picked it up, and it was one of the first demos….

Purchese: I remember that being a very strong part of it. But it was fantastic, an absolutely brilliant game. How did the reaction to that — how did you react to the reaction, I suppose? Did you expect it? What happened there?

Jones: Once again, don’t expect anything. We’d done a few games even up to that point that had been fairly small games. Body Harvest, Space Station Silicon Valley. It’s just trying out different things. The thing that resonated with Crackdown — Crackdown was rough around the edges. It felt kind of like a prototype. If you look back today, it’s kind of how an early-access game should be.

I felt it did a few things right, things that resonated with people. People loved the verticality, being able to go up into the city, and they did like the platforming aspects. I think things like agility orbs created a collection mechanism that drew people up.

Jones: Yeah, those kinds of things. There were a few things that really resonated with people. It wasn’t a huge team. We didn’t have a lot of time with it. We did a good introduction to the series, but there was a lot more we could have done.

Purchese: After Crackdown, you went really big. You had this idea for, effectively, GTA Online, but many years earlier, APB. In fact, I remember you had 100-player battles in that game.

Purchese: Before [PlayerUnknown’s Battlegrounds] or Fortnite. Maybe you created something….

Jones: Unfortunately, you had no cloud at the time, so it was expensive to run that.

Purchese: A lot has been written about why APB didn’t work out. After five years in development, it came out, and it kind of fizzled. And then, it was closed. When you look back on it now, how do you feel about what happened?

Jones: It was a difficult time [in] the industry, in terms of — there were a lot of expensive things you had to do then to launch a game. What I do think is, things have changed since then for the better. Like I said, at that point, we had to do things like have our own data centers to run the game — physically buy servers and put them in a data center. That changed literally overnight when Amazon brought in the cloud, effectively. Wish we had that back then.

And then, things like, we still had to put the game in a box and sell it. We had a distribution deal with EA. That sets an expectation about triple-A in a box because you have to charge $60 for it. Early access would have been great for that game. You could play with it. There were all these things that were bubbling under but weren’t there yet.

I never have any regrets about trying different things because we have to take risks in our industry. There are always things that might not work, but for me, that should never be a reason why we shouldn’t always be pushing new ideas. GTA could have not worked. Lemmings could have not worked. It’s a shame that one didn’t work. We were early in terms of technology and the cost to run that game. But there are still some good ideas. There were 100 players. There was amazing customization, which a lot of games still haven’t matched. There’s a lot of interesting things in there that I hope will surface in other games.