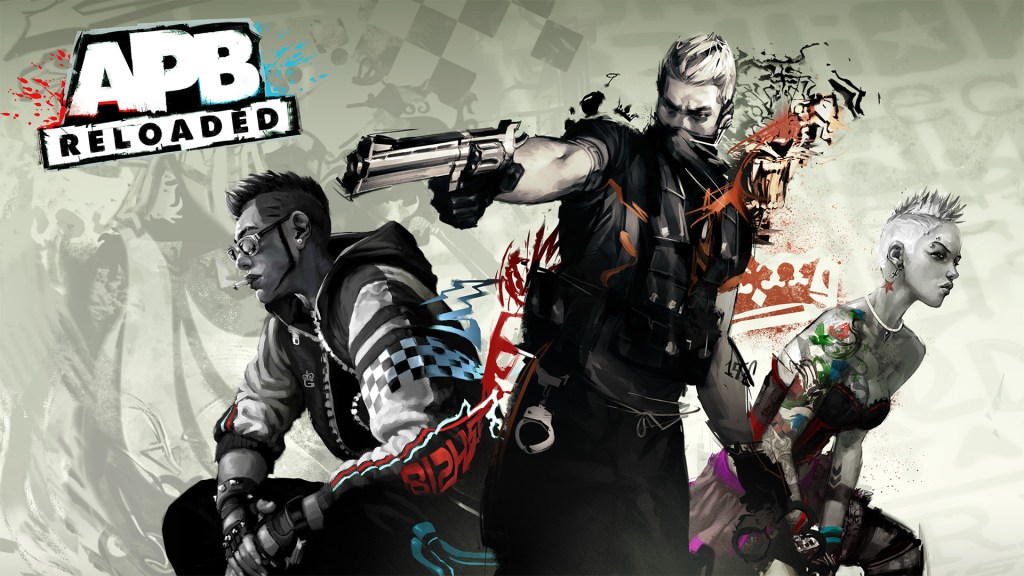 Above: APB was almost GTA Online.

Purchese: Realtime Worlds closed once that petered out. And then, after that, you seemed to drop off the radar for a few years. Did you move away at all? You seemed to set up a few companies around that time. What was that period of time like?

Jones: I was taking some time off, but also, you can’t just sit down and come up with an idea in three or four months. It’s always about — technology was changing. The transformation to a lot of cloud tech was interesting to me. It’s great if you can apply new technologies to a game. That always helps. A new idea plus new technology gives it a lift and a bit of potential. So, it was about looking at what new technologies were coming up that we could double down on, that might enable us to come up with some new ideas for [games].

Purchese: There was a mobile-game company called nWay?

Jones: Mobile was interesting. I wanted to get my hands on it and try something out, just to understand that space.

Purchese: Then, there was Reagent Games and Cloudgine, which we’ll come back to in a minute. And through that, inadvertently, we saw you once again, and you were involved with Crackdown 3. That must have been surreal.

Jones: It was great, actually. I didn’t get a chance to be involved in the sequel, and then, Microsoft once again said — they had a big cloud platform, and obviously, I’d worked on Crackdown, so it felt that was a good combination there to try something new again with cloud technology and Crackdown. It was a natural fit.

Purchese: And now, bringing us up to the present, you’re now with Epic.

Jones: Yes, Epic acquired Cloudgine last year. They have an interest in technology, as you know, so I’m working on some new stuff with Epic.

Purchese: What do you do now? Are you working on Fortnite?

Jones: It’s kind of new for me. I’m looking at some cloud technologies. I’m actually looking at esports, believe it or not. I’m interested — from a technology and a creative aspect — in the broadcasting of games. We’ve all seen the rise of streaming games and what’s happening there. I think that’s a new way to get your games noticed. It’s a new way that a lot of players are finding out about new games.

I’m really interested from a creative aspect about what we can do in the field of streaming or esports, building tools within your game that make it an amazing viewing experience. Not just a playing experience. I like the technology challenge and the opportunities that exist in that space. 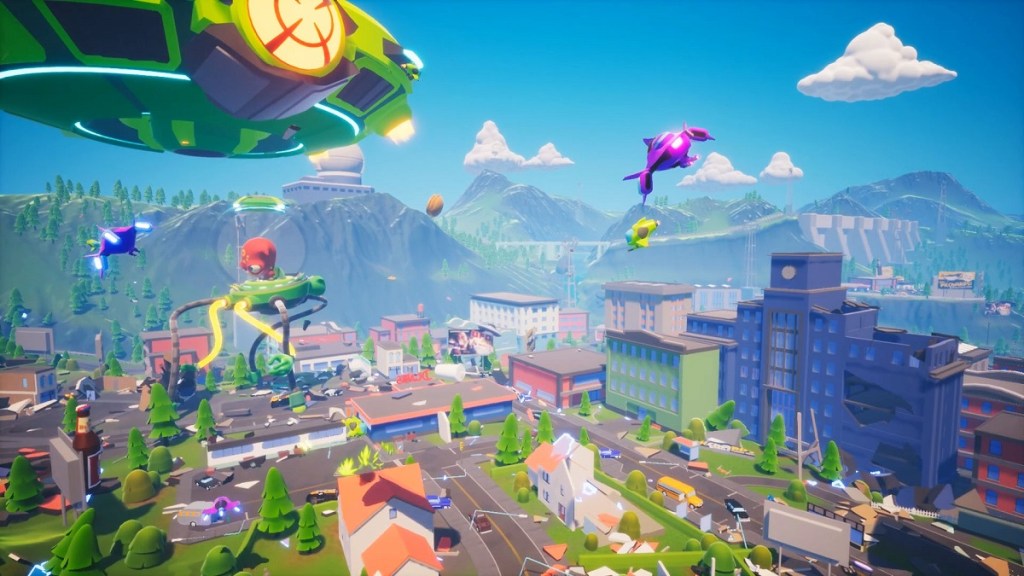 Above: They Came From Space was built with Cloudgine.

Audience: You mentioned you like RPGs, but you’ve never made one. Have you ever thought about that?

Jones: They’re hard to make, I’ve found [laughs]. I’d love to. I do enjoy playing them. I just think that a couple of companies — I grew up on games like Dark Age of Camelot and World of Warcraft. It’s a difficult one. You have to go deep for many, many years. Maybe with things like early access, different ways to try things out now. It would be a daunting aspect to just launch a brand new RPG without having some of the new ways of testing the market. Maybe. I’ll never say never. But for me, that’s a scary game challenge to go into. I’d love to try it at some point.

Audience: You talked about how in some ways APB was just too early. Are there any cases in your career where you feel like something went wrong, and you could go back and fix it if you could do it again?

Jones: Nothing that I think we could have fixed at the time. Sometimes, it’s just a matter of timing — what technologies are available, what models are available. I tend not to try to think that way. I just like to think that if things go wrong, we learn from them, and we just keep pushing forward. Of all the games we’ve done — probably not doing a unicycle-based game. Steer clear of any issues around that.

I really enjoyed working with Nintendo, and I’d have loved to do another project with them. I felt that the chance to work with them, from a design perspective, was great. I learned a lot. I’d have loved to spend more time working on projects with them. But unfortunately, GTA just took over everything at that time. I felt like that relationship ended a bit early, and I’d love to have been working a bit more with them going forward. That’s probably the only thing.

Purchese: Has that tainted your enjoyment of Pixar films?

Jones: No. They’re one of the best creative companies in the world, right? If there’s one company that could consistently create hit after hit — that’s really hard. Those guys are awesome. So, I’ll take one on the chin.

Audience: I know we have some students here that might be listening. Is there anything important you think they should take into account as they start out in video games?

Jones: When I started — even now, when we’re looking for people, I would say pick one area of the whole game ecosystem that you’re really interested in, and go deep and passionate in that one area. There are so many opportunities in gaming now, and teams are so big, that to me, it’s important to find people who double down on one thing and become experts in that one thing.

Back when I was starting, 30 years ago, you could do everything yourself, but obviously, those days are gone now. For me, showing that passion in one single area, becoming an expert in one area that you love, is the way to go. 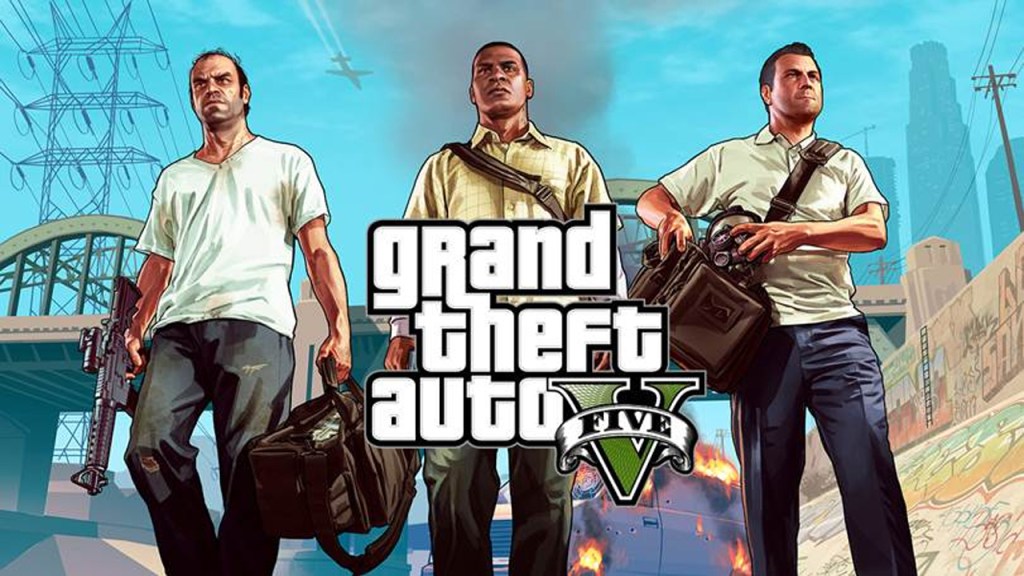 Audience: Another company has taken over APB and brought it over to a new engine. What did you think of that?

Jones: It’s brave. I can understand why. I think people see it and say, “Oh, there’s a 100-player game.” You can make that into a battle royale game. It’s got all the ingredients there. It’s got some nice customization and everything. But working with old code bases — I think that’s built on Unreal Engine 3 — it’s a big challenge. I don’t know. Maybe they understand how difficult it is to take something and turn it into something else. I can see why, at a high level, they might think that way. I’d love if they could do something with it. But I think it’s going to be really challenging.

Audience: What do you see in the future of the industry around things like games as a service and virtual reality?

Jones: I think I can sum it up. In games, to me, the thing that always holds us back is technology. All the machines keep getting faster and faster, but I look at games and still feel like we’re in the Stone Age as far as what we can achieve with the amount of power, raw horsepower, we have in a box just now. That’s why I was looking at the cloud. When we connect many machines together and start to leverage cloud CPUs, we can start to make really dynamic worlds.

I still think, right now, the worlds we create aren’t that dynamic. We’re experts at smoke and mirrors, making things more dynamic than they are, more realistic than they are. But that always falls down at some point. A classic example I use is AI. In a lot of games, you’ll try to have a conversation with a character, and it’s like a radial control menu with five options. You know there’s a limited set of responses. It’s just a tree.

I’d love to be able to sit down with a game and, on the back end, have something like Alexa or Google AI and just chat with the game. The technology is there now. Chat systems are pretty good at recognizing what you’re saying. You don’t have to train them anymore. I think a lot is going to happen with things that are happening outside of gaming — AI, physics, streaming — as they come into the gaming ecosystem. Those will really shake things up.

Traditionally, as game developers, we’ve always been afraid of using external technologies. We have that not-invented-here syndrome. But I think it’s impossible, when billions of dollars have been invested in a lot of really smart stuff out there in the world, for that not to find its way into gaming.

Audience: We’re in an era of remakes and remasters. Have you ever considered remaking Grand Theft Auto or any of your older games?

Jones: I don’t think you need to. No. That’s not what gets me up in the morning. There are new genres to be created. Personally, as a designer, that’s always our goal. What’s next and new that nobody has thought of before? Using technology, using something fresh and new — it’s kind of what happened with the whole battle royale thing. It became a new thing in itself. It was actually quite a simple mechanic, but it resonated so well. The real excitement is about what’s next. What’s the next melding of ideas that hasn’t come before, that we can execute in a certain way that becomes the next big thing? For me, it’s always about looking forward and creating something very new.