The area of technology that is least understood and most controversial right now is clean technology. But it’s also where significant amounts of money can be made.

That’s why we’re joining up with Stanford to host GreenBeat 2010 — the year’s seminal conference on the super grid — at Stanford University on November 3rd & 4th. Investors, technologists, entrepreneurial students and industry executives will debate the massive opportunities being enabled by the emergence of what we’re calling the “Super Grid.” Specifically, we’re looking at how the upgrading of our grid is transforming areas such as the auto industry, energy storage and renewables.

Intelligent people in the U.S. disagree on whether or not we should be investing in ways to reduce greenhouse gas emissions. Politicians are fighting about whether global warming is fact or fiction. 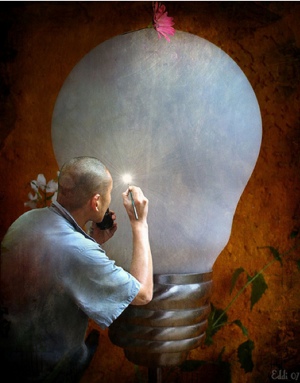 But one thing is for sure: The world is moving forward, with or without us. An ongoing surge in demand for energy across Asia and elsewhere will require further investments in renewable sources of energy as finding cheap oil, gas and coal gets harder. And right here in the U.S., we’re plowing billions of dollars into upgrading our decades-old energy infrastructure.

Large Silicon Valley companies like Cisco, Oracle and Intel are scrambling to help implement a new two-way, IP-based communications system that applies Silicon Valley innovation to the grid. A more intelligent super grid allows renewable energy — whether it is solar, thermal or wind — to be fed to us faster and more efficiently at times when we need it. This in turn, is helping usher in a revolution in things like automobiles. Having cleaner energy on the grid makes it more sensible to fuel our cars from that grid. A whole range of electric cars are ready to hit the market this year, operated on efficient batteries while on the road, but refueled at home by drawing from that cleaner grid.

Autos are just the beginning. And we need smart people to help us retain global leadership in all areas that the grid is touching. Thus the Stanford connection. This year, we’re proud to be teaming up with SSE Labs, a startup lab for Stanford student entrepreneurs.

Nowhere is there more fertile ground for this mission than Stanford, with its tradition of churning out students and faculty who focus on the biggest challenges and ideas. While our first GreenBeat conference last year focused solely on the super grid itself, this year’s conference takes a more all-encompassing look at how that grid is transforming the way we deliver energy all the way to the edge. We ask what it means for specific industry areas — cars, renewables, storage, mobile phones, etc. And in each one of these areas, there are opportunities ripe for promising entrepreneurs to exploit.

We’ll be making a bunch of announcements on this year’s speakers shortly. But folks like John Doerr are back to kick it off.

Finally, GreenBeat 2010 will also feature the second annual Innovation Competition. Companies with the freshest ideas and most promising business models involving smart grid technologies will have a chance to present live at the event.

GreenBeat is one of my favorite VentureBeat events, because the subject matters so much, and there’s just so much work to do! Hope to see you there. Buy tickets now, while they’re still on early bird, 30 percent off full price.

*VentureBeat would like to thank industry leader and GreenBeat 2010 Silver Sponsor TriNet, for its support.