Now Sheppard has stepped up to the CEO job at Gree International, which means he runs the 350-person operations of Gree in the U.S., Europe, and Latin America. He has taken on the responsibility of running product development, marketing, and publishing in these key markets from Gree’s office in San Francisco.

Kabam generated significant revenue by focusing on highly social games that often had big-brand tie-ins like The Hobbit or Fast and Furious 6. Sheppard will create original games at Gree, and he’s making some big bets.

Gree already has some big hits like Knights & Dragons, War of Nations, and Crime City. I interviewed Sheppard recently about his plans for growth, which includes hiring 50 more people this year. Here’s an edited transcript of our conversation. 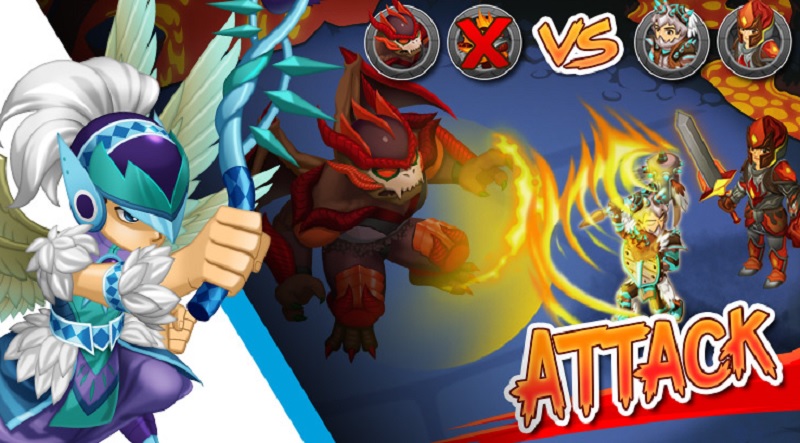 Above: Knights and Dragons is one of Gree’s hits.

GamesBeat: Why did you leave Kabam and join Gree?

Andrew Sheppard: I left Kabam about seven months ago. I hit it at almost the exact time Alibaba completed their financing. There were a lot of reasons to stay — an amazing team, great products. The three products I greenlit before I left are just now coming to market. One of them is Marvel Contest of Champions, which you can see in the top-grossing charts now.

I was approached by Naoki Aoyagi [head of Gree International at the time] and asked about this opportunity. He wanted me to step in and run the western business. For all intents and purposes that’s what I’m doing. It’s headquartered here in San Francisco, but the sphere of influence covers North America, Latin America, Europe, Russia, and Turkey — the expanded Europe, if you will.

When I started to dig in and talk to Naoki and get to know the team, I realized that there’s something special here. There’s a strong foundation, a great team with great experience in a sector that I view as complementary to my own at Kabam. Also, there’s a great vision to grow in today’s increasingly competitive market. I saw an opportunity to embed with a company that had the scale and profits and investment capability to take gaming to the next level. That’s Naoki’s ambition, and also Yoshikazu Tanaka, our CEO back in Japan. 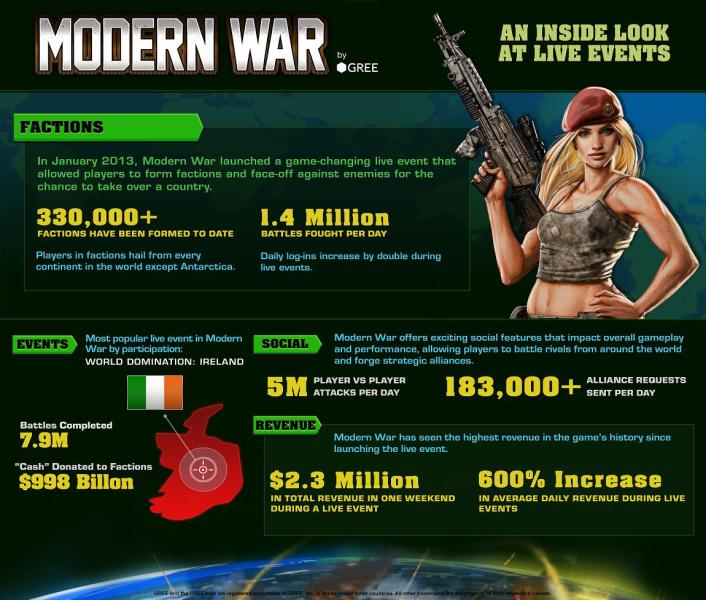 GamesBeat: Did you join more as a studio head, or did sign up as the head of the whole business at Gree International?

Sheppard: It’s the whole Western business, Gree International. Part of Naoki’s appeal to me was, “Come in, get to know the team, run operations, and then step into this broader role.” Naoki, in turn, was elevated back in Japan to run all aspects of the business from Tokyo, general operations for the global business.

The role spans internal development, publishing, and M&A. I work very closely with the corporate functions like licensing, corp dev and all that.

What’s exciting about Gree is that it’s a dark horse, if you will, in this market. For example, very few people know that Gree, at a global level, is one and a half times the size of Zynga, three times the revenue of Kabam, and four and a half times more revenue than Glu. We’re talking about a massive company, in footprint and scale. Has about 2,000 employees, generates $150 million in operating profit a year. Most important, it has $500 million on the balance sheet.

To answer your initial question a little more crisply, what was compelling about this is that we’re in a market that’s consolidating. This is an opportunity to step in and work with a team that’s been high-growth for the last three or four years, in genres that I have a ton of experience with. It’s a chance to be part of something bigger, in a company that has scale, revenue, profit, and global ambition to be a key leader in this ecosystem. It was very compelling.

GamesBeat: What was the size of the team you managed at Kabam?

Sheppard: It was larger. I was managing 80 percent of the headcount and 90 percent of the revenue, so roughly 700 people. I won’t speak to the numbers, because they’re not my numbers to share anymore, but it was a large part of the business.

GamesBeat: If you look at Gree, it came in relatively early to the U.S. market, in the days of folks like Ngmoco and DeNA coming in. They didn’t have the best organic luck with some of their games. When they made some acquisitions, like Funzio, things started working better. What’s your view of Gree’s history in the Western market?

Sheppard: What I appreciated about Gree’s entry into the market is it showed a lot of conviction. What’s interesting to see in abstract, you see a company that’s young and ambitious, with a lot of conviction, entering the market and pursuing strategies and operational tactics that were very much their strengths in their domestic market. You see this happen with almost every young company that branches into international markets.

Their ambition led to some great choices, like the Funzio acquisition. The company also had some learnings along the way — the OpenFeint acquisition, which we recently wrote off. But all of that led to a body of experience and a talent bench that’s become increasingly strong. If you were to look inside the business here, the echoes of OpenFeint are still present. From that we have an excellent technology team that’s asked to participate at Amazon conferences and speak to their thought leadership. We also have excellent game teams from the Funzio lineage, which feed into not just our RPG studio, but more recent hit titles on the strategy side of things like War of Nations.