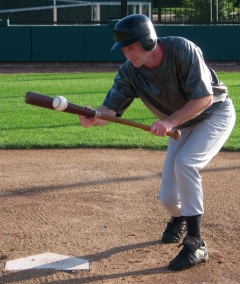 Early-stage venture firm Greycroft Partners announced Wednesday that it closed its second fund at $130.7 million — a humble amount compared to many other funds, but well-suited to the capital-efficient digital media enterprises it’s been backing.

With well-known companies like The Huffington Post, paidContent, and WideOrbit in its fold, Greycroft appears to have a solid strategy amid turbulence in the venture capital in industry.

The firm plans to use its new fund to invest $1.5 to $1.75 million across at least 40 deals over the next four years.

This puts the firm in much better stead than its peers that have to pony up ever-larger follow-on sums to keep their portfolio companies in the black.

As we’ve reported recently, many of these other firms have raised oversized funds, weakening returns for themselves and their disenchanted limited partners.

This is a particular problem for the older, larger firms, that have had a rough time grabbing hold of new trends and attracting young, ambitious partners. Bay Partners, one of the most established firms in Silicon Valley, just lost three of its up-and-comers, and may not be able to raise future funds as its LPs defect.

To avoid this fate, firms across the board are raising smaller and smaller funds, Sigalow said. Greycroft isn’t necessarily one of them, having always set its sights lower — it’s first fund, raised in 2006, totaled only $75 million — but its smaller size might be the reason it’s weathering the storm so well.

“Those who have raised mega-funds in the past have started to settle on smaller funds, or have had to change the terms of their funds to be more LP friendly,” Sigalow said, adding that he has seen some oversubscribed funds make ill-fated early-stage deals. “When they try to put a $10 million check into the bank of a pre-revenue company it doesn’t work out that well.”

The trend toward smaller funds is also one toward more merger-and-acquisition exits. With less cash on hand, firms won’t be able to keep startups on life support while they wait for the frozen IPO market to thaw.

“I think VCs are realizing the reality that companies need to be very big to go public, and even bigger to turn a profit once they go public, so the holding period is going to be much longer than anticipated,” Sigalow said. “They’re seeing that they’re going to have to build companies that can get a reasonable exit on M&A.”

This is another area where Greycroft seems to be ahead of the curve. Since its founding, it’s been grooming its portfolio companies to be acquisition bait.

“We thought there would maybe be one or two companies out of 34 from our first fund that had a chance to go public, but we wanted the vast majority of those companies to get acquired,” Sigalow said, adding that the average M&A exit for digital media companies falls between $20 and $100 million. That’s a sweet spot that Greycroft hopes to stick with going forward.

Its first fund saw some wins of that caliber, including the $42 million sale of Pump Audio, a digital agent for independent musicians, to Getty Images. It had invested less than $2 million and mere months.

Given its success, the firm seems to be an apt model for other firms in Silicon Valley to follow as the venture capital community grapples with consolidation, new technologies and shifting regulations.

Sigalow summed up the Greycroft strategy with a simple phrase: “Small is beautiful.”