You don’t always get a second chance, but one PC game is getting an opportunity to leave its rocky past behind it.

Unfortunately, the sales didn’t march alongside the praise parade. Double Fine’s chief operating officer, Justin Bailey, told GamesBeat that Grim Fandango sold over 500,000 copies, a number he got straight from Tim Schafer, the studio’s founder and Grim Fandango’s director. In comparison, the first two seasons of Telltale’s Walking Dead adventure game series have sold 28 million episodes. Even if you divide that by 10 (each season has five episodes), 2.8 million is a lot more than 500,000. A single episode of Telltale’s series has outsold one of the most critically acclaimed games of all time. If you’re looking for a contemporary example, The Legend of Zelda: Ocarina of Time — which also came out in 1998 — sold 7.6 million copies worldwide. 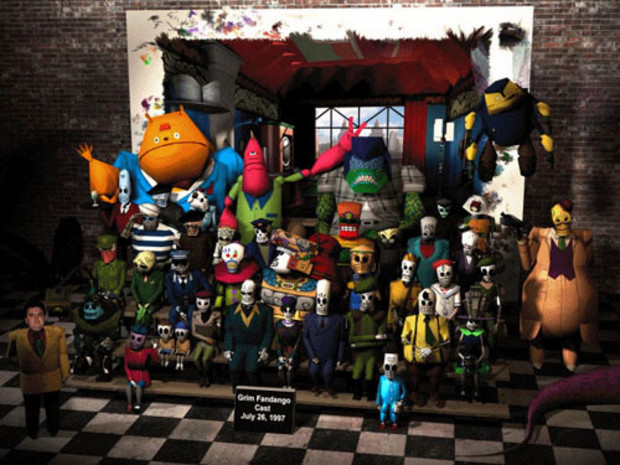 Above: The cast of Grim Fandango is ready for redemption.

So, what happened? Why didn’t Grim Fandango become a best-seller when it came out back in 1998? Why did its lackluster launch lead to an era of virtually no adventure game releases, causing almost everyone think the genre was dead?

Well, it mostly had to do with timing.

Grim Fandango came out in late October 1998. Here are some other games that came out in the later part of that year in North America:

These are four of the most popular and influential games in history, and they all came out during the September to December period of 1998. PC heavyweights like Fallout 2 and Baldur’s Gate also came out in that same time frame. Throw Grim Fandango in there, an offbeat game about the Mexican underworld, and guess which one most consumers are going to overlook. 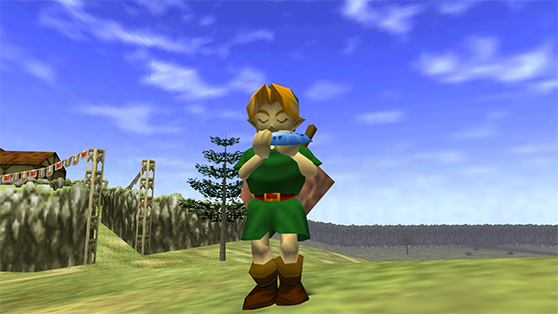 The relatively recent advent of 3D gaming transformed the industry. While 2D side-scrollers had dominated the market in the late ’80s and early ’90s, they were losing ground to shooters and action games, which benefited tremendously from the open nature of 3D game worlds.

Adventure games faced a similar problem. They were always heavy on story and text (the genre actually began entirely text-based). Grim Fandango was one of the first to try to bring the exploration and puzzle-based gameplay into 3D, but it still felt a lot like previous adventure games. In other words, despite the visuals, it didn’t pop as something new and different when compared to the revolutionary gameplay of Ocarina of Time or Metal Gear Solid.

“Separately, Grim Fandango ended up being pretty expensive to make, both because it was a large team, and because development went very long,” Grim Fandango’s lead programmer, Bret Mogilefsky, told GamesBeat. “I believe it was originally scheduled for 24 months, and it went closer to 36. So that was a factor coming into play as a benchmark for the future: adventure game budgets vs. what sales could be expected, even when the game got stellar reviews like Grim Fandango did and the company was proud of the work.”

Still, while many considered Grim Fandango a flop, this wasn’t necessarily the reaction inside LucasArts.

“I don’t believe the internal reaction was that it was a sales flop, as I am fairly confident that the game was profitable,” Steve Dauterman, who was LucasArts’ director of production during Grim Fandango’s development and release, told GamesBeat. “I think we had high expectations because we knew it was a high quality piece of art-meets-gaming and was so well-loved and reviewed right out of the gate. In a sense, it was an immediate cult classic since no one had ever seen a game like it before in terms of its unique story and world that Tim created. It did arrive on the market as the appetite for PC adventure games had started to decline as the PlayStation consoles and games like Tomb Raider started their rise.” 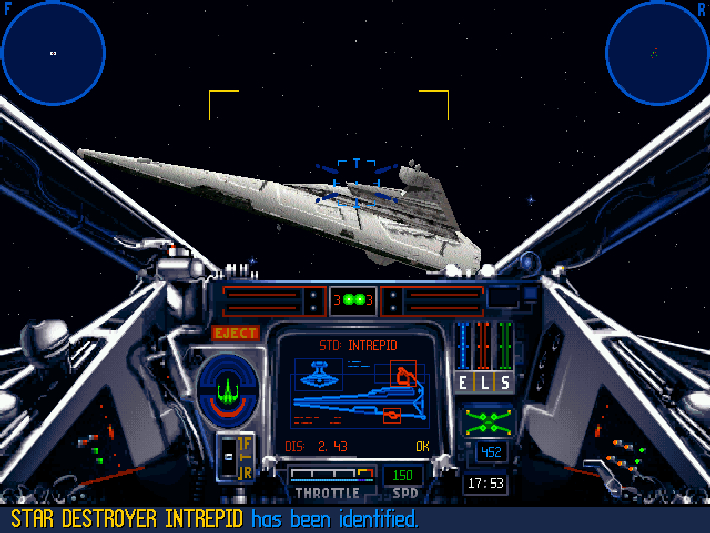 Above: LucasArts was known for its Star Wars licensed titles and its adventure games.

Grim Fandango didn’t really kill adventure games. The writing was already point-and-clicked on the wall, even inside LucasArts.

“The company had an enormous amount of pride tied to the adventure game pedigree and collection of original IP,” Mogilefsky told GamesBeat. “At the same time, anything with Star Wars on it — Rebel Assault, Dark Forces, etc. — were selling very well, and there was a feeling that the company had; been fighting in the market with one hand tied behind its back by not capitalizing more on Star Wars/Indy IP; and not been doing its part to bolster the Lucasfilm Licensing efforts to build Star Wars and Indy IP further, particular with the Episode I through III trilogy coming out, and the desire to have games tied to it. Remember that George Lucas didn’t make his fortune on movie ticket sales but on the sales of licensed toys, clothes, books, etc., setting a new bar for IP-licensing ambition.”

Simply put, Grim Fandango was weird. It’s a lot easier to sell consumers on an action story about an ex-special forces member trying to stop a nuclear launch. It’s also easy to sell a new entry in a beloved, established franchise like The Legend of Zelda. How do you get people on board with a game about a skeleton (who also happens to be a grim reaper) fighting corruption in the afterlife?

Recently, an animated movie with a similar Mexican Day of the Dead influence hit theaters. The Book of Life has grossed about $50 million domestically. In comparison, Disney’s Frozen — which features princesses and funny animals and all that other stuff kids love — made about $400 million domestically. 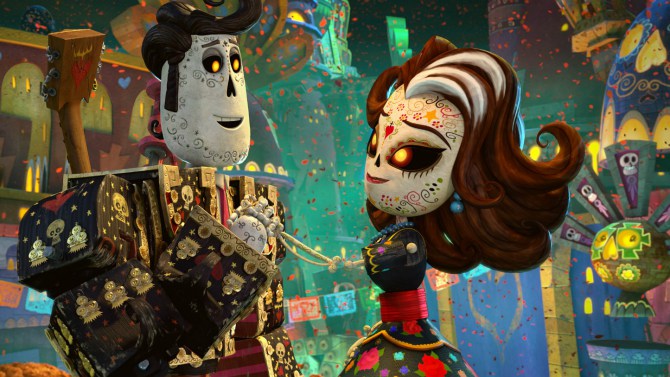 Above: The Book of Life looks a lot like Grim Fandango.

Again, that doesn’t necessarily reflect either film’s quality, but marketing is an incredibly important part of making any commercial product a success, and Grim Fandango’s marketers probably had a hellish time trying to sell such an odd game.

Still, whatever Grim Fandango’s financial shortcomings, it has endured in the minds of gamers since its 1998 release thanks to its quality. Now, we’re getting a remastered edition for PlayStation 4, Vita, PC, Mac, and Linux on Jan. 27. This time, selling Grim Fandango is a bit easier. “Experience the classic you probably haven’t played, or see your favorite game looking better than ever.”

In fact, while 1998 was a bad time for story-driven gaming, 2015 is very different. Narrative-focused titles like The Last of Us and The Walking Dead are commercial and critical successes. Gamers have grown up, and more of them are ready to appreciate something as clever and atmospheric as Grim Fandango.

This is the chance for Grim Fandango to be the hit it always deserved to be.