As social media platforms continue to gain popularity, we as users have begun to be confronted by large amounts of information that sometimes seems unmanageable. A number of startups have come up with solutions for bucketing tweets and other social media by topic or event — StockTwits, for example, aggregates tweets that include stock information, and Yelp and Google Maps bucket information by location.

Nashville, Tenn., startup GroundMap, a recently launched social media platform, is also looking to bucket by location using geotagging. But it’s not limiting content to just tweets or reviews. The service lets you add documents and social media from a variety of platforms, including: Twitter, Facebook, YouTube, Flickr, Scribd and Google Maps. Documents, such as a PDF, can be added from a user’s hard drive and be hosted on GroundMap’s server (see sample stream below).

When a GroundMap user searches for specific locations, the service provides all relevant or correlating social media from other users for that location in a timeline format called the activity stream. For example, you could visit “Neverland Ranch” to find information on Michael Jackson, both on his unfortunate passing as well as additional information on his life. Another example would be the recent Fort Hood incident, users interested could visit the location and be presented with up to date information that other users have posted in the activity stream.

If you’re not sure what to search for, the site also leverages tag clouds to spotlight popular locations based on user interaction. If a location does not exist yet, users have the ability to add a location and then begin the activity stream.

The site lets users decide what constitutes a location. It could be a restaurant or a city or even a web site. This non-restrictive nature makes it a bit more versatile than some other similar sites like Yelp or Google Maps.

GroundMap isn’t the first social media platform to use geotagging. Besides Yelp and Google Maps, Platial is similar to GroundMaps. However, it doesn’t integrate with other platforms and looks and feels more like a Yelp. GroundMap’s appeal is the ability to provide different sources of social media to one location, not just user reviews.

GroundMap hopes to add additional features on Jan. 15 to enhance the user capabilities and experience. Co-founder Matt Boyd notes in an email to VentureBeat that users will have the ability to “favorite” locations to receive updates in a main profile stream, receive RSS feeds for locations as well as a user ranking system to reward active users. In addition, the company is also looking to open its API so developers have access and can create both desktop and mobile applications.

The company has received no funding to date and is generating revenue through advertising.

The GroundMap Application Demo from co-founder Eric Bieller on Vimeo. 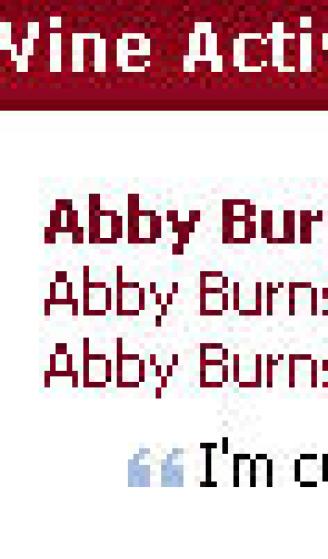