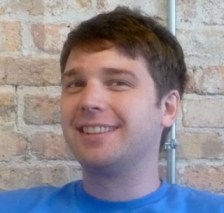 Instead of majoring in computer science or heading to business school, he was a musician who somehow stumbled into software development.

An interest in public policy eventually led to an idea for a do-good, collective action site called ThePoint. It was built around the idea of the “tipping point” — like Malcolm Gladwell’s book — when you reach a certain critical mass of interest that people will actually commit money or time to an idea.

But while ThePoint is still operating, it didn’t take off the way the team had imagined, and so they refocused much of their energy into finding a new idea. After fumbling around for a year and a half, the team started experimenting with group buying. Eighteen months later, it’s a veritable phenomenon with nearly 4.7 million coupons sold, and the company raised $135 million in funding from Russia’s Digital Sky Technologies and Battery Ventures last month.

We caught up with Mason by phone yesterday to find out about how he made the transition, grew the company and where he might take it next. That interview follows:

VB: How did you completely shift gears from one business model with ThePoint to another with Groupon?

Mason: The first year we ran ThePoint, we spent a lot of time making most of the classic entrepreneurial mistakes. But from the very beginning, we identified a series of business models that could’ve worked for ThePoint. Advertising was one idea. Fundraising was another. Collective buying to me was the most interesting.

I thought about why collective buying sites had failed in the past. The scariest part of trying this was that it had been done before and it had failed hard.

Mercata was from the dot-com era. The more people bought, the lower the price would go. The trouble was it took a week to get enough people to drive the price down. They might buy a camera, but they’d have to wait a week. It didn’t really give the buyer any confidence, and it didn’t let them behave impulsively. The other problem was that, even if you got enough people to drive the price lower, it wouldn’t be lower than what was already available at Walmart or Amazon. Those companies already have so much buying power. The margins on these consumer goods sites were so small that they couldn’t be competitive.

So when I was doing this collective buying experiment, I had no idea it was going to turn into this. It was more of a side project.

The idea for Groupon was to solve a real problem for people while avoiding the same pitfalls the previous generation of collective buying sites had fallen to. So the reason that we focused on local was because we could go and talk to these merchants directly and quickly cut deals that were truly the best deals out there. They weren’t available anywhere else.

The margins for these businesses were significant enough that they had an incentive to join. A restaurant still has to buy food every day no matter how many people show up.

What we wanted to do was focus the collective purchasing power of an entire city on a single business. What’s cool about that is it creates a discovery tool. It gives people a sense of what’s interesting in their city. We focus on high-quality businesses that people will look forward to and want to read about.

We very quickly started to see ourselves as a city guide like Daily Candy or Thrillist, only with this added mechanism of a great deal. It serves to nudge people who previously might’ve only read about a venue.

As a reclusive geek who always goes to the same restaurant or theater, this is a really cool way to get out of the house. This was the theory, and it really took off. My co-founders at ThePoint were seasoned entrepreneurs, and they understood the value of experimenting.

We never really made a decision to work on Groupon. It was like watching grass grow. It was like getting fat — which is what’s happening to me right now. Like, I woke up one day and I realized I was fat. It’s not like the day before I wasn’t fat. Once we realized how fast it was growing, we had to change the name of the company.

At the beginning, all we did was create campaigns on ThePoint. We had little embedded Flash widgets, and we set up a blog called Groupon. Our slogan was “Get your group on,” and the widget is where all the deal mechanics would take place.

More and more people started using it so we had to invest in it more heavily. At one point, maybe a year ago, we realized we needed to ditch this blog and do a real design. It was all very gradual.

We were all kind of witnessing this rocketship take off, and everyone was on-board enjoying the ride.

VB: What do you think is the hardest part about scaling this business?

Mason: Nothing really stands out right now. It’s a lot of little things. Hiring great people is hard. Making sure you’re focusing on the right features is hard. Maintaining culture is hard. We have 300 people here, and I probably don’t know half of them. I wouldn’t be able to tell you half of their names.

For me, it’s very important that this is as cool and fun a place for people to work a year from now as it is today.

VB: It sounds like you’re taking a page from Zappos. How do you do that?

Mason: By putting people who bleed this culture in positions of power.

The guy who is our managing editor and who has hired an entire writing staff of 40 people is a guy I played in a band with. He’s kind of like our creative director. Before this, he had managed a few people and is otherwise totally unqualified for the size of his job based purely on experience.

But there are other things he has. He’s a defender and is someone who deeply believes that everything we do has to be a lot of fun. We have to create a brand that’s reflective of that. We can’t be afraid to be weird.

VB: Is that a requirement?

Mason: No, just be yourself. It just happens that most of us are weird. If you’re not weird, that’s OK too.

The best part of my job is to inject creativity where it’s not supposed to exist. The cool thing about being in business and no longer being a musician is that there are so many opportunities to be weird and goofy. Like in press releases.

In our Mob.ly acquisition press release, I had this quote yesterday about the city of Chicago having the world’s largest filtration plant. That came from — you know when you go to small towns and they’re proud of ridiculous things like, ‘We’re the largest producers of iron ore per capita in the United States.”  We wanted to do that because Chicago’s tech community doesn’t have the greatest reputation, but a lot of people step up to defend it.

VB: What did being a musician teach you about running a $1 billion-plus company?

Mason: I could still screw it up badly. Maybe I’m totally unprepared. I don’t know if I’m good at it, but I think being in a band makes you learn how to disagree with people and hold onto a kind of uncompromising belief. You have to stick to doing what you believe is right.

I think that’s probably core to the culture of this company. I think of us as social catalysts. Every time someone buys a Groupon, they’re signing up for an experience. We want to do more to facilitate the full life cycle of that experience.

VB: You mean like having a stream of photos or tweets about an event or experience you bought a Groupon for?

VB: Tell me a little bit about the direction you want to take Groupon in over the next year. Is it mostly a question of saturating markets that you’re not in already, or could we expect to see some completely new products and services?

Mason: This is the part where I have to feel really evil and bad about not telling you anything. This space is really competitive. I mean, there are knockoffs of the iPhone 4G already in China.

VB: Okay, well, what do you want Groupon to be when it grows up?

Mason: We want to be the best source of customers for small businesses.

VB: What are you looking to do with the Mob.ly acquisition?

Mason: They have a lot of experience across a wide variety of mobile platforms, and they’ve built local apps like GoodRec, OpenTable and NBC’s local app. In general, I think more and more people and more and more of the web is going to be experienced through mobile devices.

I can tell you one specific thing. What the mobile app brings that you don’t get through the web is perpetual access to your Groupon wallet. So right now, sometimes I’ll run into customers at a bar who find out I work at Groupon, and they’ll pull out these huge manila envelopes with 30 Groupons in them. They’re tracking expiration dates, and it just takes a lot of time.

The mobile app should really be your always-on Groupon wallet that gives you continuous access to deals. You could just build them up, and when it’s time to make a decision, you could look into your Groupon wallet and find out the closest business.

VB: What about push notifications for nearby Groupon deals? Like the ice cream parlor around the corner giving 50 percent off right now if X many people show up?

Mason: We have nothing to announce yet.

VB: If you have cash in the bank and you’re profitable, why did you take the recent round of funding from DST?

Mason: I’m exclusively focused on building an awesome product, and the investors that I’ve chosen are all ones that support that.

Money has never been a source of motivation for me in building this company. I look at money as a binary problem. You either have enough or you don’t. So our financing was a way that we could sell a very small percentage of the company and permanently solve that binary money problem.

VB: Does this pave the way to an IPO?

Mason: The timing on raising more money is solely going to be dictated by the best interests of the product that we’re building.

Luckily, we’re profitable, we have plenty of money in the bank and we’re in a good position right now. We have the flexibility we need to focus on becoming a world-class e-commerce company.