Groupon is setting up twin beachheads on the West Coast with the acquisition of San Francisco, Calif.-based Mob.ly, a startup that has built mobile apps for big brand name clients like Digg, OpenTable and NBC, and a new office in Palo Alto.

The deal brings the company an experienced crew of engineering executives, including Yahoo’s former senior director of product management Mihir Shah and Yishai Lerner, former director of engineering at Carrier IQ. The company is also building up a business intelligence unit to analyze its sales and operations data. It will be led by Mark Johnson, Netflix’s former vice president of software engineering.

The acquisition comes fresh after the social commerce company raised $135 million in a round led by Russia’s Digital Sky Technologies and Battery Ventures. Chicago-based Groupon has already sold 4.5 million group discounts since it first launched, up from about 1 million at the end of last year.

In an offbeat statement, Groupon founder and CEO Andrew Mason said: “Now there is no excuse to not work for us. And Chicago is still super cool. Did you know that we have the world’s largest water-filtration plant? Great city, can’t understand why people wouldn’t want to move here, but whatever—now we’re in the Valley too.”

Mason is pledging free coffee to anybody who shows up to the company’s new Silicon Valley headquarters in Palo Alto or the Mob.ly office in San Francisco next Tuesday between 9 and 5 p.m. 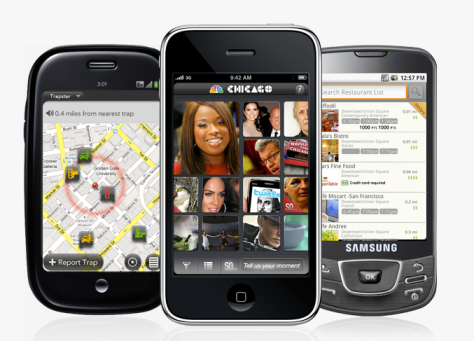