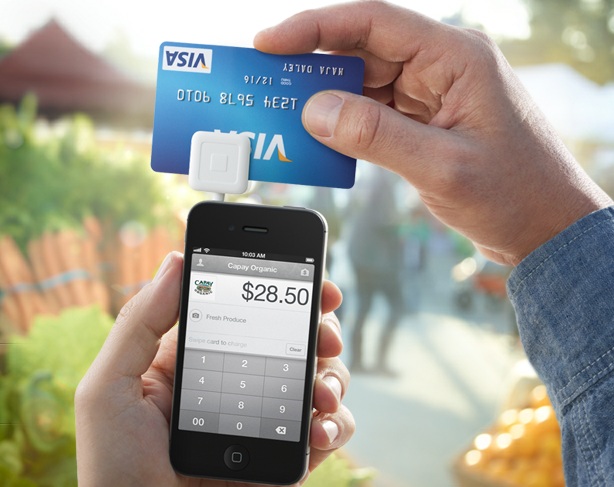 Groupon is testing out an offering of its own in the increasingly crowded payments space, according to an email I was forwarded by a business that was solicited for the service. (Disclosure: I have various puts against Groupon.)

Unlike the other players, Groupon is offering an iPod Touch and card reader to merchants free of charge. (The others provide only the readers for free — that’s Square’s reader pictured above.)

The email hints at a forthcoming point-of-sale system for iPod and iPad and says the terminal is already in use in several places in the Bay Area.

Asked what he could tell me about the offering, Groupon spokesman Paul Taaffe replied, “Nothing.”

Groupon’s offering has the potential to put a lot of pressure on Square and could leave it with the least profitable customers. For customers whose typical transaction exceeds $15, it makes sense to use Groupon’s offering. On a $100 Visa transaction, Groupon would charge $1.95 vs. Square’s $2.75. That’s a 41% premium for Square.

Today’s announcement that PayPal will partner with terminal providers to target mid-market and large retailers could also limit Square’s ability to move up the food chain.

Although I have typically advised merchants to avoid most Groupon products, this pricing is compelling. The quality of the app is something I haven’t been able to assess yet.

It’s unclear what this means for Groupon as a company. It suggests that Groupon is trying a lot of different things. But payments processing is a highly competitive industry, and winning won’t be easy.