Groupon is kicking off do-it-yourself deals.

After disappointing Q3 earnings and its acquisition of Ticket Monster,  Groupon is launching a new service. The company has just announced “Deal Builder,” which it calls a “build-your-own-deal tool for merchants.”

Judging from Groupon’s press release, it appears the company is looking to automate its deal creation process. This automation could end up eliminating the need for a portion of Groupon’s employees in the process — if it proves to be efficient.

Update: Groupon claims this product will “in no way replace the Groupon sales force.” Additionally, the company tells us it expects Deal Builder to serve merchants outside of major metro areas, where its sales team is not concentrated. 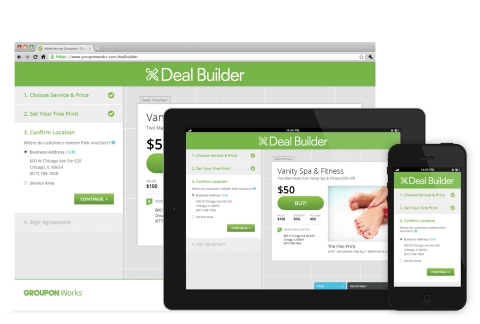 As for availability, Groupon says Deal Builder is now “available for almost all local businesses, including health and beauty, service-oriented and activities-based businesses.” Food and beverage merchants will be allowed to join “later in 2014.”