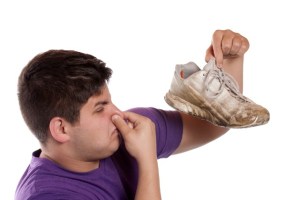 Groupon’s first technology product Groupon Now appears to be a stinking dud, according to data released on Sunday. The Groupon Now mobile app chalking up some very dour numbers, according to a new report compiled by Yipit, an industry performance tracker. The app has generated approximately $2.6 million in gross sales nationwide in the six months since its launch in May of 2011.

From its launch in May through September 30th, Now generated only $2.6 million of total gross billings. Given the lower commission rates from Now! deals (15%-20% compared to 40%-50% for regular Groupon deals), this means that Now! has generated less than $1 million of net revenue in the five months since its launch, representing less than 0.5% of North American net revenue for the period.

Groupon Now has been highly touted  to investors, as the company prepares for its initial public offering on Nov. 4. With the massive scale of the Groupon brand, Groupon Now was supposed to be a technology that would be very difficult to copy by competitors like Living Social. As opposed to receiving a daily email, Groupon Now lets users take advantage of discounted products when they are nearby, in real-time, similar to Scoutmob, another location-based deals app, and daily email.

While smartphone users have made the Groupon app one of the most successful ever from the iTunes store, this has not translated into increased sales for Groupon.

For many merchants, running promotions through Groupon Now isn’t a good deal, either.

“You are better off leaving a table empty than running a Groupon Now! for most restaurants,” says Rocky Agrawal, principal analyst at reDesign. Often Groupon Now appeals to the types of customers who are already regulars at the establishments running the deals, which defeats the purpose.

David Sinsky of Yipit writes that part of the failure of Groupon Now may be attributed to its nature as a “pull” product, where users must choose to use it. The company has even offered users a $10 credit towards a purchase to use the mobile app, which has done little to lift its fortunes.

At issue is Groupon’s claim to be a technology company, which would justify its wild valuations, but it is in fact just a highly people-intensive sales and marketing operation.

Facebook CEO Mark Zuckerberg likes to boast that his company has one employee for every 1 million users, while Groupon has 10,000 employees, only five percent of whom are engineers. According to the S-1 Groupon filed with the Securities and Exchange Commission, the company has 547 technical employees out of a staff of more than 10,000. This makes engineering the second smallest team in the entire organization.