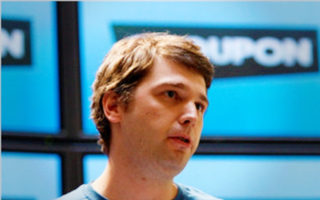 After an avalanche of negative press and a general market downturn, Groupon is gearing up for its IPO at a valuation of less than $12 billion.

Previously, sources close to the deal said the valuation was between $15 to $20 billion.

The Wall Street Journal reports this morning that the $12 billion figure will be pitched to Groupon’s investors during its IPO roadshow.

Previously, we told you that the company’s roadshow, in which the company’s executives would travel around the country to create interest among potential investors, had been indefinitely delayed due to August’s wild market volatility.

However, the company has chosen to press forward with an initial public offering, and it seems the roadshow could begin as early as next week.

The company filed for an IPO back in June, when we described Groupon as “swimming in cash.” Since then, however, Groupon amended an SEC filing (just as the stock market jitters began) to show $102.7 million losses for the first and second quarter of 2011. Around the same time, the market downturn began to impact the IPO window in general. Many startup IPOs were delayed, and other companies raised far less than they had anticipated.

Also not in Groupon’s favor are a class-action lawsuit brought by employees and reports that the service’s daily deals might not be such a great deal after all. Small businesses, too, are weighing in, many saying that Groupon’s vouchers have a negative effect on their bottom line.