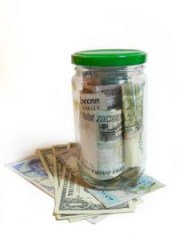 Daily-deal site Groupon bought Zappedy, a mystery company, for at least $10.3 million, according to a Form D filed with the SEC today.

Brad Williams, an internal spokesman for Groupon, confirmed the purchase and explained in an interview with VentureBeat that the move is not a taboo one during a quiet period. The SEC imposes quiet periods to ensure information about a company filing to go public isn’t disseminated selectively to potential investors.

“We’re not constrained from making acquisitions during our quiet period. We’ve got a business to run. We’re out acquiring,” he said in regards to Zappedy. Williams said Groupon would not discuss whether it will be making further acquisitions.

Zappedy has remained cloaked in obscurity after taking its website down. The current site only says, “We’re excited to join the Groupon team. Zappedy has been acquired by Groupon.” Williams admitted he could not give much information about Zappedy, but did explain Groupon is divulging less because of the size of the company.

“This is a pretty modest [acquisition]; it’s a pretty small company,” he said.

Williams also pointed us toward what he considers a good description of Zappedy. The summary by Tricia Duryee at All Things D states, “The company has a couple of different business models, but started off helping small merchants to easily create Web sites and advertise online through social media and daily deals.”

Earlier in the month, Bloomberg published statements by Lefkofsky, which resulted in an amendment to Groupon’s IPO filing.