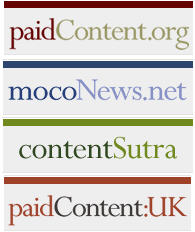 Guardian News & Media, a private UK publisher, has acquired ContentNext, the publisher of PaidContent.org, the news site launched by Rafat Ali in 2002 that was an early example of a lone blogging effort that turned into a larger media company.

Ali told Reuters that ContentNext would continue to be run as a stand-alone business. Reports, based on an anonymous source, suggest the Guardian paid around $30 million.

[Update: Kara Swisher, of AllThingsD, follows up with a piece about what other blog networks might be bought, including a look at TechCrunch, and citing me, among others. She adds that the $30M for ContentNext includes an earn-out agreement.]

ContentNext, headquartered in Santa Monica and New York, started with news, but expanded into conferences and research reports after taking at least $1 million in venture capital from Alan Patricof’s Greycroft Partners in 2006. It targeted readers in the media, entertainment and technology sectors.

This has been a long road of very hard work for Ali and his team, and this is undoubtedly great news for him. Congrats Rafat!