Gunslinger Studios has spun out of Industrial Toys and raised $1.4 million in funding to create one-hand, one-minute multiplayer games for mobile devices. Gunslinger’s first game is Exiles of Embermark, a fantasy warrior-dueling title.

The funding is a rare one in the highly competitive $36 billion mobile game industry, but Gunslinger has a new kind of game that you can play quickly. You equip your warrior and go into a multiplayer duel with another human-controlled warrior. Each player takes a turn attacking or defending until only one warrior is left standing. You can make all your moves using just a single hand, and finish the game in a minute. 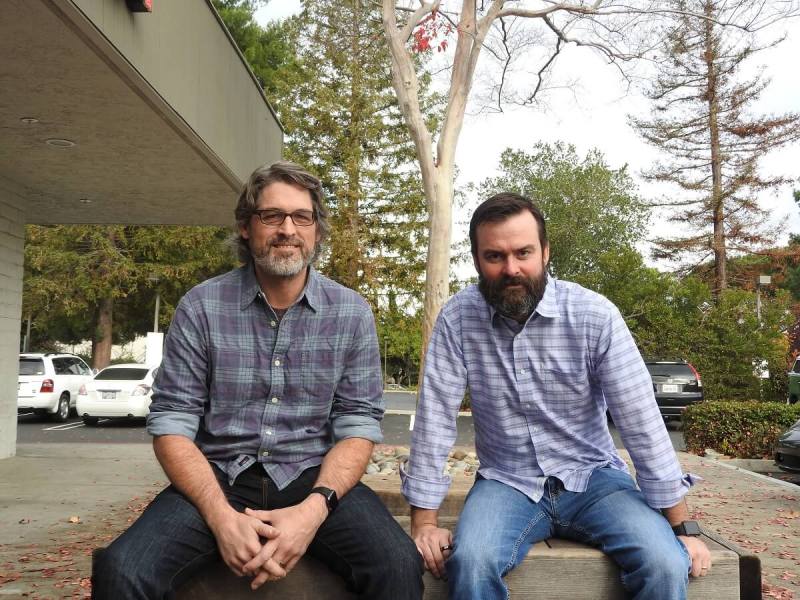 Above: Mike Dekoekkoek (left) and Tim Harris of Gunslinger Studios. 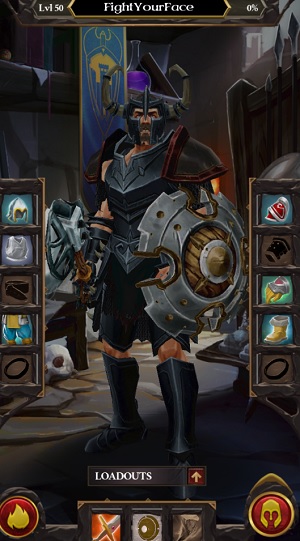 Pasadena, Calif.-based Gunslinger is based alongside Industrial Toys, the mobile game publisher that created the Midnight Star franchise, headed by Halo co-creator Alex Seropian. All eight of Gunslinger’s employees came from Industrial Toys, said cofounder and CEO Tim Harris, in an interview with GamesBeat.

“We got interest in the game, and we realized that we had something,” Harris said. “We can give you the scratch of an itch of a grindy character, one minute at a time.”

The company split itself in two to focus on the new kind of game. While Industrial Toys is focused on hardcore shooters, Gunslinger is focused on mid-core games, or hardcore titles that can be played in very short sessions, Harris said. 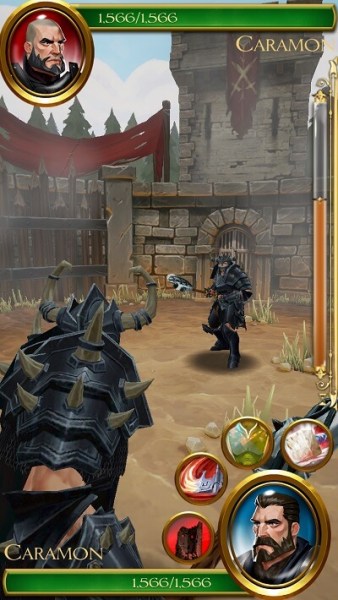 Above: Gunslinger Studios is making Exiles of Embermark.

Harris said the company was able to raise money because it is building a platform for multiplayer games, esports, and live narratives that is directed by the actions of players.

Its first product, Exiles of Embermark, is a mobile battle role-playing game that satisfies the cravings of an entire generation of players raised on Pokémon and World of Warcraft. But it does that one minute at a time. Featuring one-handed, one-thumb controls, Exiles lets players battle friends, strangers, and NPC enemies in quick turn-based duels for rank and reward.

Gameplay is deceptively simple — anyone can pick the title up and play, but the combination of gear loadouts and moves creates a lot of depth and strategy. Fast-paced gameplay, an endless loot system, and organized competition will hopefully lead to esports spectatorship where viewers get to see events like 64-team bracket tournaments resolve to completion in 15 minutes, Harris said.

“It has a rabbit hole of depth,” he added.

Exiles of Embermark is approaching beta testing and should be available in the summer of 2017.

Mike Dekoekkoek, cofounder of Gunslinger, said in an interview that you get a camp and start out with just a campfire and a dagger. The characters are built with the Unreal Engine. Each character has 13 slots for customization features.

You can engage in player-versus-environment missions across a big fantasy map. The missions and events will be dynamic, and the backstory has a lot of lore. If you wipe out the ogres in one part of the map, they may rise up and rebel in another part of the map.

In the duels, you can make tactical choices, such as holding off on attacking while you beef up your defenses, or equip yourself with spells to outsmart your opponent. You hack at each other for a while until a victor emerges. Once the battle is over, both players get loot drops. You can craft the loot into things like stronger weapons.

Mage, rogue, and warrior classes are available. You can develop your character much like you can in a massively multiplayer online game. If you keep winning, you rise in the leaderboards. You can play against friends or strangers. You can also join a house, such as the Ronin. Over time, the company will record the results of the biggest clans.