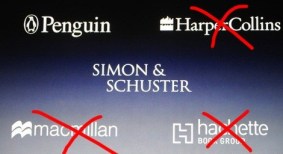 The ten-dollar e-book may soon be gone, replaced by the fifteen-dollar eBook.

Last week, VentureBeat broke the news that Amazon had removed all Macmillan titles from its U.S. site and its Kindle downloads. You could look up the books, but you could only buy them from third party sellers, not from Amazon.

The move turned out to be a reaction against Macmillan’s shift from a wholesale-retail relationship with Amazon to what the book industry calls an “agency model” for Macmillan’s e-books.

The term has nothing to do with the book agents who wrangle writers. Rather, it means that Macmillan now treats Amazon as a selling agent, not a retailer. That means Macmillan gets to set the price of its e-book titles on Amazon. In return, Macmillan claimed in a public statement, Amazon will now get a larger commission from each e-book sale.

What this means for  you: Macmillan e-books will not longer be $9.99 on Amazon, a loss-leader price designed to drive adoption of Amazon’s Kindle e-reader. Instead, Macmillan will demand $14.99 to $15.99 per e-book, with new bestsellers possibly going for $12.99.

Since last week, two more publishers have switched to an agency model for e-books. HarperCollins and Hachette, two very large and very powerful publishers, have also moved against Amazon’s $9.99 price.

Unlike Macmillan, Amazon has not removed these publishers’ books. An Amazon statement last week said, “We will have to accept Macmillan’s terms.” Obviously, the same goes for Hachette and HarperCollins.

Technology blog SoftSailor whipped up an illustration that explains a big part of the causality behind these publishers’ moves: They’re all partnered with Apple to create e-books for Apple’s new iBook store. As announced last week by Apple chief Steve Jobs, iBook prices will be compatible with the higher pricing sought by the publishers. Macmillan, Hachette and HarperCollins were three of five publishers that Jobs showed on a slide during the launch event for Apple’s iPad tablet computer.

Conventional wisdom among book industry gossips is that the other two publishers on the slide, Penguin and Simon & Schuster, will soon follow with their own agency models for e-books.

In a post-event interview last week, Wall Street Journal tech columnist Walt Mossberg asked Jobs to justify Apple’s $14.99 price versus Amazon’s $9.99. “That won’t be the case,” Jobs replied. “The prices will be the same.” Notably, Jobs didn’t answer Mossberg’s question as to whether Apple’s price would come down, or Amazon’s price would go up. Now we know.