A group of entrepreneurs have created a new community center for hackers in the heart of Silicon Valley called Hacker Dojo, where coders can come together and work on projects any time of the day or week.

The group has just signed a lease on a 4,400 square foot building in Mountain View. People using the center will pay a $100 membership fee every month.

One of the group’s founding members, David Weekly, tells me the intent is to finally create a place where people can go with no strings attached to meet and work on cool side projects with their friends. It is a non-profit, not a commercial venture. The center won’t demand any IP rights, equity or anything else — it will be completely hands off. You might want to “learn how to code in Python, or give a class on Perl,” he said.

He said lots of out-of-towners arrive in the valley, looking for a place to hang out with other coders, but until now there hasn’t been the perfect place. A number of informal gathering places exist, including Ritual Roasters, and coworking spaces such as Citizen Space, Hat Factory and Sandbox Suite. However, the former are almost too casual (Ritual Roasters is a coffee house, often overcrowded), and the latter are spaces where mainly people working on their day jobs come to take refuge from the boredom of their homes — but it’s still a day job for most of them. These places are also all based in San Francisco.

Hacker Dojo is meant to be a place where people come to work on non-work projects “for the sheer joy of it,” says Weekly, but which might eventually turn into companies down the road. He said the group is talking with Facebook’s FbFund, to possibly create a space next door to house and support projects that look like they’re turning into businesses. The group has sponsorship from Microsoft, Google and Plug & Play (a Sunnyvale incubator that provides convenient office space for startups).

Right now, there’s no other place for people in the valley to drop in, and access WiFI and pound away at projects, Weekly said. There’s the second floor of the Red Rock Coffee house in Mountain View, but that’s about it. 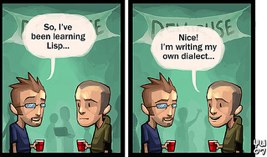 The project grew out of a set of events called SuperHappyDevHouse, meant for ad-hoc collaboration, and which became increasingly popular. Momentum gathered at the 30th such meeting a few months ago, when 400 people showed up. Weekly and his co-founding members decided to incorporate the organization, and thus was born Hacker Dojo.

Founders include Weekly, founder of the wiki company PBWiki, Jeff Lindsay (co-creator of DevHouse), Kitt Hodsden, Melissalynn Perkins, and Brian Klug. Advisors include Lee Felsenstein, creator of the Osborne-1 and a director of the original Homebrew Computer Club where the Apple computer was born; Mehdi Maghsoodnia, founder of Facetime and former Entrepreneur-In-Residence at Mohr Davidow Ventures; and Eric Ries co-founder of IMVU.

The group already has 40 people signed up. It needs a total of 80 to be self-sufficient, Weekly says.

Here’s how the organization describes itself:

In the spirit of DevHouse, we’re creating a physical community space for hackers and thinkers on the Peninsula in the San Francisco Bay Area. This would be a location for events, lectures, parties, BarCamps, DevHouses, LAN parties, hackathons, knitting circles, tinkering, brainstorming, coworking, team offsites, etc. The facility will be technically run as a “members only” private club that is not open to the public – every event must have a responsible Founder / Member present. It is not the current intent that anybody live at this facility, though people may occasionally sleep over after a long event.