The new user-facing features in Apple’s new OS for Mac — OS X El Capitan — are relatively small and focused, and they could save users a lot of time in the long run.

Apple unveiled El Capitan Monday, and we were eager to get our hands on it after seeing the demo at Apple’s Worldwide Developers Conference. 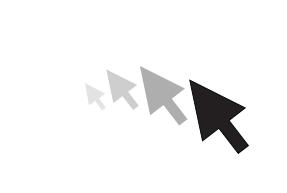 Above: When you first log on, the cursor enlarges for a few seconds so it’s easier to locate on the screen.

Much of the new technology in the release focuses on stability and privacy issues, but there are some cool new user-facing innovations, too. Many of them seem focused on removing small friction points from the various apps and interfaces in the OS. After using them for a while I can see that the small efficiencies they may add to one’s workflow every day could really add up.

One simple example happens when you first jump on the computer and you want to locate the cursor. You move a couple of fingers over the touchpad a bit, and the cursor shows up in super-size for a second so that it’s easy to see.

One of the biggest changes brought by El Capitan is an improvement in windows management. Mission Control — the screen that zooms way out to show you your desktop and all the apps you have open — gets a couple of new features that I know I’ll use a lot.

For work I usually have lots of windows open, and I need a way to quickly recognize what’s open, where everything is, and how to open the app or window I need. 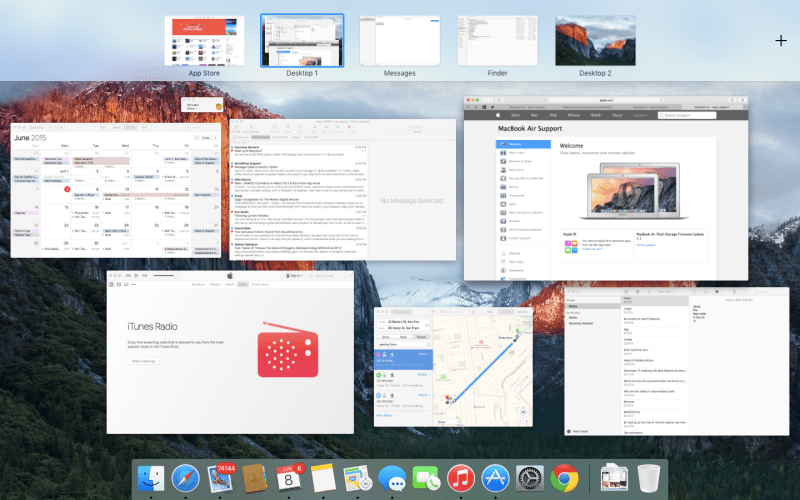 In Mission Control you can now pin any window to a new area called the Spaces Bar along the top of the screen. If you’re repeatedly opening and closing a specific app, the new Spaces Bar makes it easy to quickly grab the app and reopen it.

Cooler still is the Split View feature that can be used to automatically position two app windows side-by-side in full screen so you can work with both apps at once. For instance, you can keep your Notes app open on one side of the screen while you do research in Safari on the other side.

To activate the feature, you press and hold on the red dot at the upper right of any window, and then move that window to the left or right when prompted. On the other side of the screen the OS shows you all the other windows you have open, so you just choose the one you want. 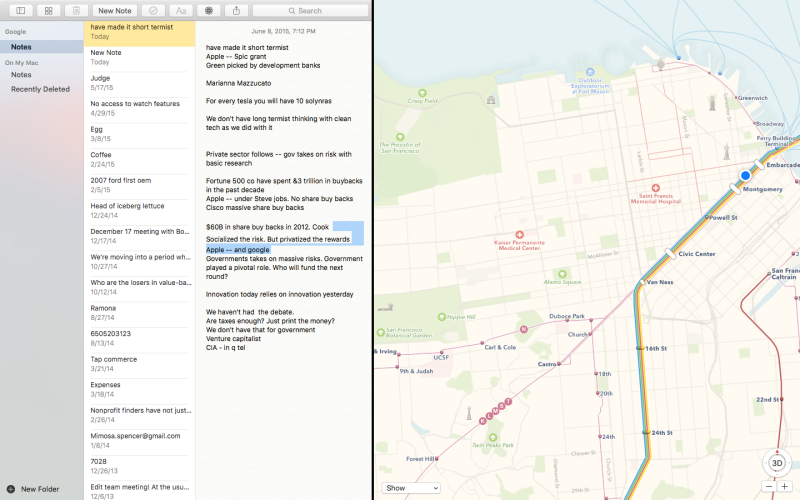 You can adjust the width of both windows when you want one to be larger. If you’re in the habit of using the Notes app, you’ll love the ability to drag links and images from Safari straight into Notes.

I found the feature easy to activate and control, but only time will tell how often I use it.

Above: By sliding your open tabs to the left in Safari, you can create these page icons that bookmark the URLs.

I also tend to have a billion tabs open in Safari. With El Capitan you can drag your open tabs to the left and they turn into small page icons that you can click on to reopen the page. In essence Safari is giving you a way to create a temporary ad hoc bookmark bar.

Apple also added a little speaker icon in the main URL bar that you can click to silence the annoying auto-play ad that’s playing in one of your tabs somewhere. You can click and hold on the icon to identify the offending tab, and quickly close the page. Very easy to use, and very useful. It’s also a lot like Chrome.

In the Mail app you can now swipe left on an email you no longer want, and it goes to the trash — like competing email app Mailbox. I’m not sure I would use this very much, and I’m afraid I might delete something accidentally. Also added to Mail is the ability to compose in full screen in separate tabs, and the ability to drag images from an email into a draft email. Slick.

When I asked for the nearest Starbucks, it could only point me to a store locator at the Starbucks site.

However, when I asked it to pull up all my unanswered emails from last week, it handled that just fine.

Apple released this next version of OS X to developers Monday, and will push the OS into public beta this July. A final, more stable version of the OS will become available as a free download this fall. Any user currently running Yosemite will be able to run the new OS, Apple said.