A little more than two weeks after Facebook first revealed plans to launch a dedicated video app for TV screens, the company has finally started rolling it out, kicking off this week with Samsung TVs and Apple TV.

Though the company had given a hint as to what to expect from the app, we can now see what it looks like and how users are expected to engage with videos on the big screen.

Here’s a quick look at how Facebook’s shiny new app has shaped up, using the Samsung incarnation for the test.

First, you’ll need to head to the relevant Apps section of your TV device and install the app. When you open it, Facebook asks you to visit “Facebook.com/device” from a PC or mobile device, through which you enter the code that’s given on your TV screen. This, essentially, is to save you having to manually type in your username / password through the TV remote — which could be pretty fiddly.

That said, in the case of Samsung, you can normally use your phone’s keypad to enter information and control things through the Samsung Smart View app — that doesn’t appear to be an option with the Facebook video app. 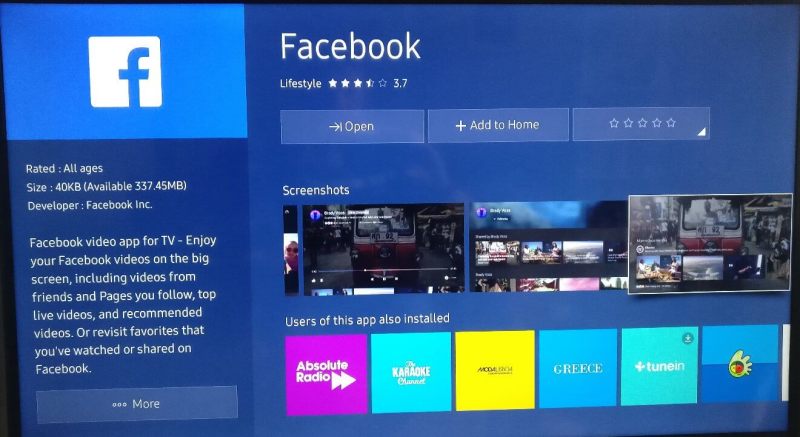 Once you’re logged in, you’re presented with a horizontal carousel of videos that automatically play in sequence, though you can navigate to the next one using the arrow keys on the remote control.

The first category of videos you’ll see are those that have been shared to Facebook by your friends. 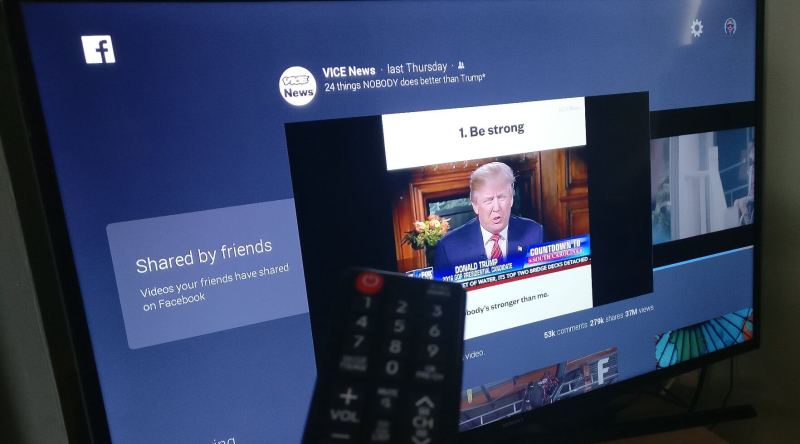 Above: Shared by Friends

To go full screen on a video, just hit the “Enter” button on the remote. 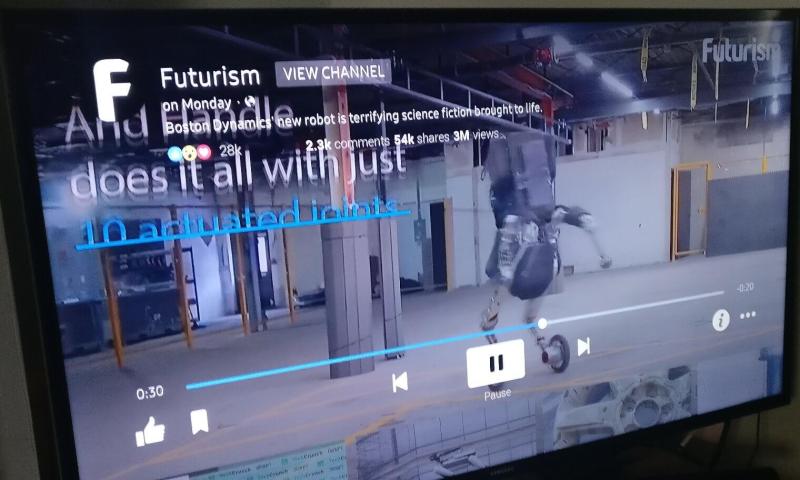 Using the “Up” and “Down” arrows on your remote, you can then navigate between the various categories that Facebook has divided the videos into. 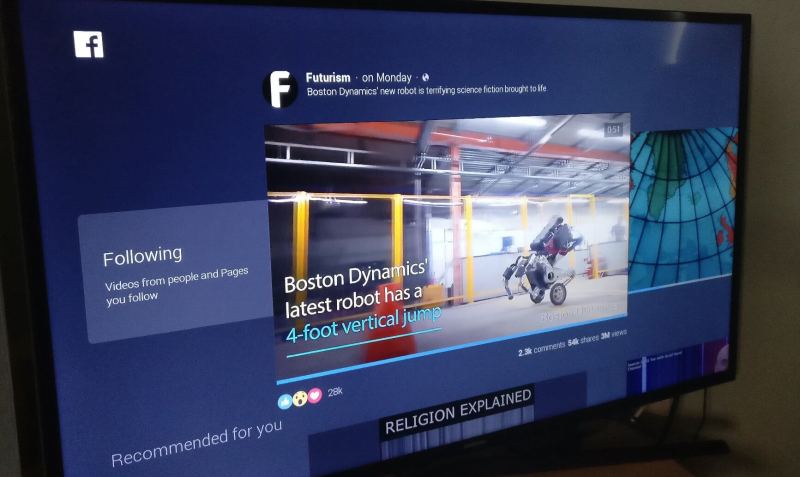 Then Facebook flexes its algorithmic muscles with videos it thinks you’ll like based on your various activities across the Facebook-connected ecosystem. 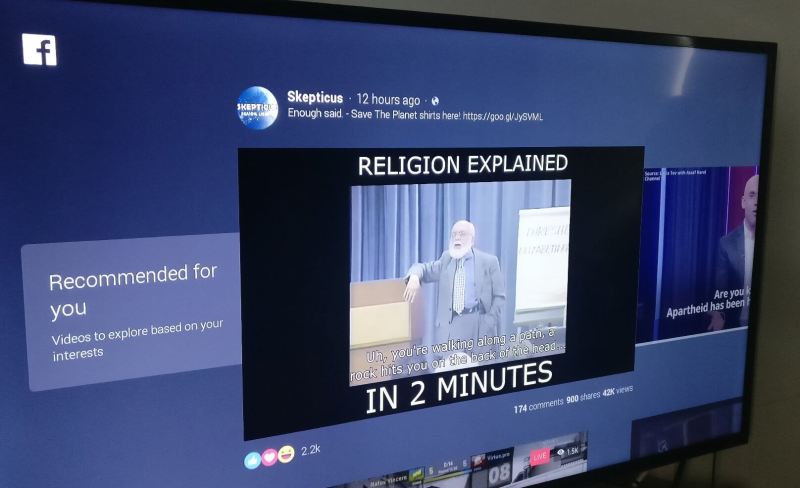 Next up is “Top Live Videos,” which again sees Facebook using signals from across the social network to identify which livestreams are proving popular at the moment. 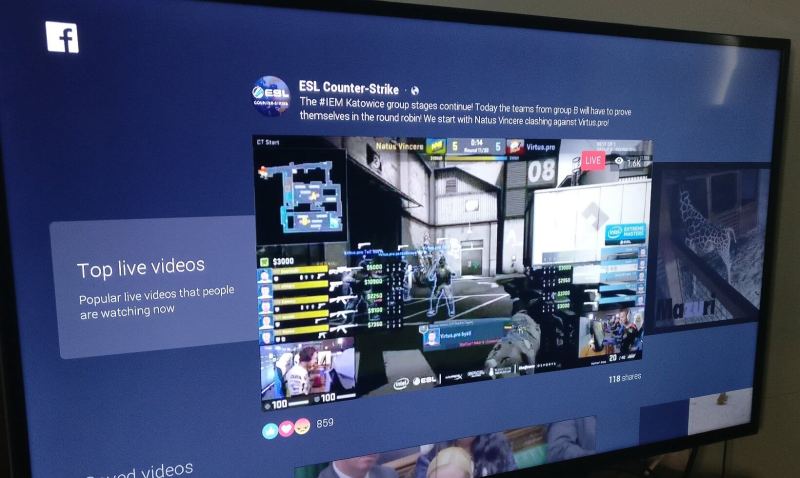 Those who spend a lot of time watching videos on Facebook, or who simply flag videos to watch later, will like the “Saved Videos” category, which places all your personally bookmarked clips in their own library. 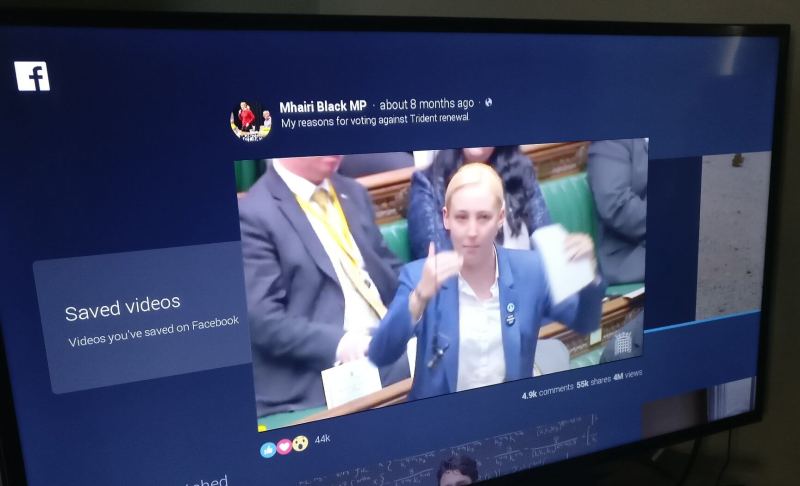 But if you don’t remember to save videos, the “Recently Watched” section is a good way to revisit everything you’ve viewed recently on Facebook. 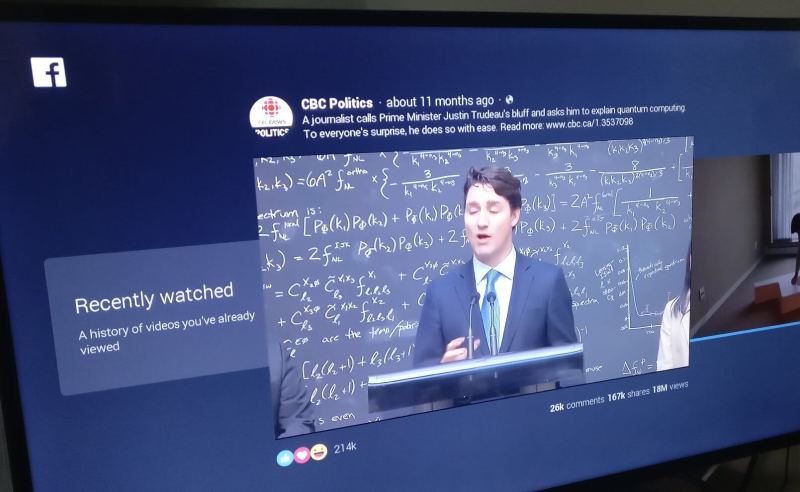 Given that people interact with their TV screens differently from the way they interact with a mobile phone or tablet, Facebook has had to redesign the experience to accommodate what is typically the primary input device — the TV remote control.

Those who prefer to use their mobile phone as the primary controller can actually do that already — last October, Facebook announced support for Apple TV through AirPlay and for Google’s Chromecast.

The TV app itself is intuitive enough and well-designed, and for those who don’t have a clue what to watch while slumped in front of the TV, the way it autoplays through each category is useful — it mirrors how YouTube works, in terms of how playing the next video without the user having to do anything.

Indeed, the video app launch represents the latest in a long-standing battle between Facebook and Google-owned YouTube, which has offered TV apps for many years already. Twitter is also embracing video-streaming, having recently launched its own live video app for Xbox One, Apple TV, and Amazon Fire TV.

Video opens up a host of new advertising channels for companies — just last week, Facebook announced that it would start inserting mid-roll video ads, while celebrities and brands will soon be able to include 20-second ad breaks in their live broadcasts.