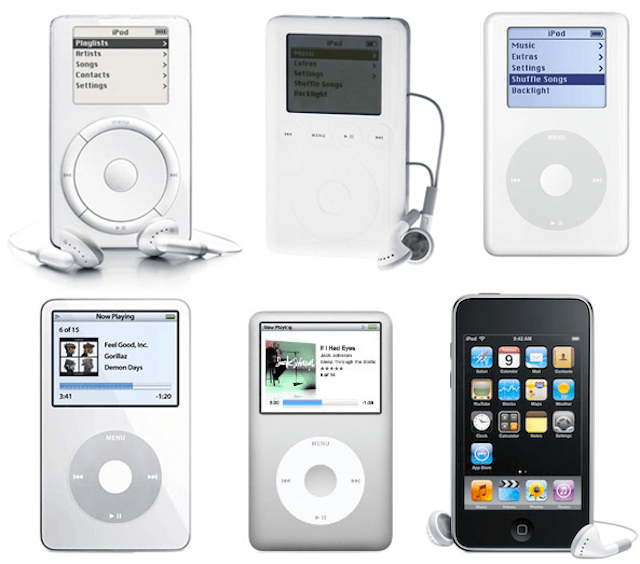 It’s hard to believe that 10 years ago today Steve Jobs first introduced the iPod at a low-key event far different from the auditorium-sized keynotes that have since become standard for Apple announcements.

At the time, Apple was entering into a portable digital music player market that had no clear market leader — although companies like Creative, Sonic Blue and Sony had certainly been trying. Jobs talked about how music had been around a long time and wasn’t going away anytime soon.

The original iPod featured a 5 GB hard drive that could hold about a thousand songs. It had a two-inch white backlit LCD display and an estimated 10-hour battery life. The device officially debuted during the holiday season of 2001, but I didn’t get my hands on one until almost a year later. (I still remember my neighbor coming outside with his bulky graphite-colored MP3 player that held only 15-songs. He was shocked and sort of in disbelief when I told him how many mine held.)

For the sake of nostalgia, we’ve embedded a video of Jobs’ first iPod announcement below.

When did you get your first iPod? Let us know in the comments.