Former Bungie CEO Harold Ryan showed everybody how to go big or go home earlier this month. He announced that his ProbablyMonsters is announcing it has raised $18.8 million for the company’s two triple-A game studios.

Ryan is going to need a lot more money than that to pull off not one but two ambitious triple-A projects in an age when there are a lot of pressures on the creation of blockbuster video games.

But Ryan has some cred. He helped build Bungie into the company that it is today. He took over when it had 100 people, and it now has more than 600. He left in 2016, and then went to work on starting ProbablyMonsters.

And he has done a good job convincing people to believe in his vision for triple-A games. ProbablyMonsters has more than 70 employees across two studios. In July, ProbablyMonsters closed a funding round led by Dallas Cowboys owner Jerry Jones; John Goff, chairman of Crescent Real Estate and Goff Capital; Luther King Capital Management affiliates; gaming executive and venture capitalist David Oxford; and other private investors. I spoke with Ryan for nearly an hour, even though he didn’t say a word about the kind of games that his company will build. Still, I found it to be an interesting conversation, and I hope you do too.

GamesBeat: I think you hated my initial coverage of Destiny.

Harold Ryan: [Laughs] Hated? I don’t know how I could have hated it.

GamesBeat: Well, to the degree that you noticed it.

Ryan: I’ll say that there were many points of missed expectations around Destiny, to be fair.

GamesBeat: Well, that was another day. It’s interesting what’s happened since then. I wanted to ask you about Probably Monsters in that context. You achieved some great things at Bungie. In starting up something from scratch, what is the ambition here? Is it to follow some of that same path, or to do something different?

Ryan: For me, starting Probably Monsters was really a chance to step back, think about all the things that I wanted to learn or should have learned over the last 20, 25 years in games, and to really try to take a new approach. To explain Probably Monsters, not that it was my goal to set up a new category of company, but I think I ended up believing that the best structure to grow new triple-A studios and new IP was what turned into a new category of entertainment company.

The team at Bungie was ready to exist and keep moving forward with Destiny, and then it was a great time for me to take a break, spend some time with my kid before they went to college, and spend some time reflecting and planning for the future. That’s where Probably Monsters started.

GamesBeat: Are you empty-nesting now?

Ryan: Yeah, it’s pretty amazing. They gave me the opportunity to spend a whole summer with my son, who’s studying computer engineering, working on computer engineering projects together. They were game prototypes. It was an amazing experience, to do that while working with a small group of people on culture and structure planning for Probably Monsters. But yeah, he’s going to Alabama. He’s a ways away. It’s a different scenario, for sure.

GamesBeat: There are two studios here, right? That’s usually a bigger beginning than most new companies.

Ryan: One of the needs I see in the industry, honestly, is for more triple-A studios, and I think for more people to learn how to build and grow a triple-A team. Combined with that, I really wanted to see more stability in the career that people have in game development. The goal of Probably Monsters is to build new triple-A studios. I wanted to create an environment of collaboration, but for people working here, one where they felt like their career was predictable, that it was stable, that they had the feeling we were going to be around.

As a game development business, to balance out the things that happen when you’re building games, it’s really about having multiple shops going at one time. It’s also something that, over the years at Bungie — when we spun out of Microsoft, we had three teams. We built ODST and Destiny and Halo: Reach. Those were in development or pre-production at the same time, all with separate leadership teams, all building and growing. A lot of the lessons from watching us try to build that way, and from all the games I’ve published as well — I got to work with probably 20, 25 different studios over the years publishing at Microsoft. Looking at what I thought helped teams grow and flourish is a big part of going after multiple studios at once. 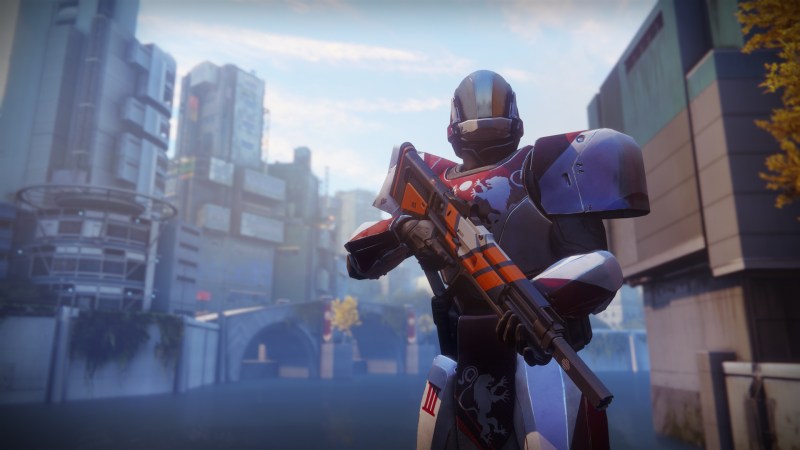 GamesBeat: Was there a good reason to do it this way as opposed to doing one studio with multiple teams? Having two entirely separate studios?

Ryan: Absolutely. There’s a bunch of reasons. One, in this case, we think the right size for an internal, full-time studio is somewhere between 60 and 100, maybe 120 people in that company. Even though we’re starting everything with the same cultural baseline, pushing for trust and respect and approachability in leaders, the teams are evolving into their own methods, how they like to communicate and manage. Letting those subcultures grow is a lot easier in separate companies.

Also, as we develop our games and potentially pick different partners to take the games to market, doing that as separate entities is functionally a lot easier and more predictable for our partners and for us than if we were just one company.

GamesBeat: With the investors, I see that there’s nobody mentioned that’s tied to one of the platforms. Is platform independence important here?

Ryan: To me it’s always been important for a team and a title or a game to be able to pick a partner that can add to it, both for bringing it to market, to be able to delight the fans it’s going to, but also to be a part of the development process. In fact, all of the investors we really went after were investors that could add different perspectives and realms of experience, in business and team-building and entertainment and technology. Our full investor list is a bunch of people that add a lot of expertise to the conversation when we talk about how we’re approaching things and where we’re moving toward in the future.

GamesBeat: Jerry Jones is interesting because he’s been interested in esports in the past. Is that a direction you’re going to pursue? Or does his interest here have more to do with games in general?

Ryan: Certainly Jerry, in the conversations we’ve had with his teams as well, is very interested in team-building and positive cultures and companies that come from it. That’s where a lot of our conversations are. They have their interest in esports as well, but I think they’re a strong partner for us because of how we both feel about building teams.

We look at esports as more of a mode of engagement for fans with a game than as a type of game to build, if that makes sense. It’s an important piece to understand. When we think about streaming and video engagement and how we engage with fans, esports is another way to engage with them. I won’t put words in Jerry’s mouth, though.

GamesBeat: Is it fair to say, then, that the things you make might be multiplayer, they might touch on esports, but that’s not what the company’s all about?

GamesBeat: You’ve been going for a while now. Do you have something that’s going to be announced on a certain timetable? Do you have a foreseeable road map?

Ryan: We don’t have a timetable right now for game announcements or partner announcements on our games. The focus right now is really on announcing the company, so it’s easier for people to understand what we’re doing and where our focus is, but also to help us hit a global reach with our recruiting and partner development.

Ryan: Right now, across the studios and the parent company, about 70 full-time employees.