The robots are coming to steal our jobs, or so the popular narrative goes, but the reality of automation’s impact on the workforce is somewhat more nuanced. While automation will undoubtedly have a seismic impact on employment, some analysts predict that many new roles will be created as a result of the broader artificial intelligence onslaught. Moreover, we’re seeing a growing number of companies developing AI and automation tools that can be used to help companies recruit human employees.

One of those is Harver, a New York-based startup that offers pre-hire assessment software covering all the key facets of recruitment process up until the interview stage. Harver today announced it had raised $15 million in a series B round of funding from Insight Partners, which it said it will use to “reinvent the volume recruitment process through digital automation,” according to a statement.

A core raison d’être of Harver’s platform is that it helps companies sidestep the laboriously manual process of sifting through sackfuls of resumes. It helps vet candidates based on data garnered from automated assessments, rather than feelings, first impressions, or intuition — which it touts as an effective way of minimizing unconscious bias in hiring.

Harver ships with more than a dozen customizable assessment modules, covering things like an individual’s cognitive aptitude, culture fit, personality, multitasking capabilities, and typing skills. Companies give candidates tailored situational judgement tests (SJTs), which serve up potential scenarios from the workplace, with a choice of responses which the candidate can select or rank. This gives the employer some insights into how a person’s brain is wired and whether they’re a good fit for the role.

Harver ranks candidates during the initial screening process to determine which individuals have the best job-fit and assessment performance. 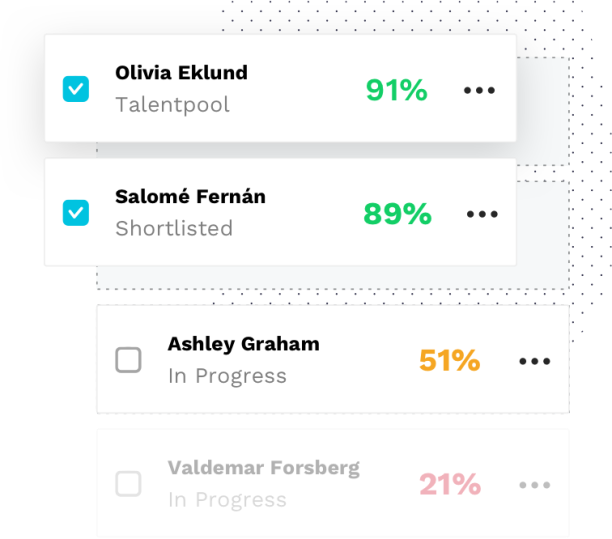 Elsewhere, Harver enables its users to create workflows to avoid repetitive tasks, whereby specific actions are triggered automatically based on each candidate’s status and assessment results. 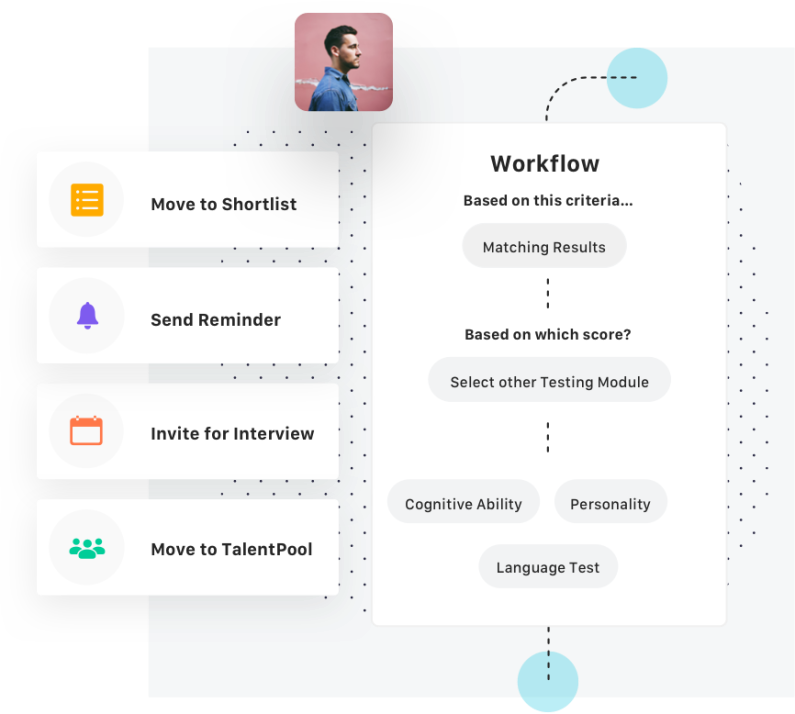 Though Harver may indeed help reduce bias due to the way it sets up its automated assessments, and the reduced direct human involvement in the vetting stages, it won’t actually help during what is arguably one of the most important stages — human-to-human interviews. However, the company told VentureBeat that it does help its clients collect data after the interview to fight future unconscious bias.

“Since one of our goals is to reduce bias, we are gathering and analyzing information at each stage to minimize biases that are not work related,” Dr. Ben Porr, VP of assessment and analytics at Harver, told VentureBeat. “We also collect sub-group data – for example, demographic or experiential data — post-hire and analyze it to ensure there was no bias or adverse impact to specific sub-groups. We are constantly monitoring hiring, and when we identify potential issues, we work closely with the client to balance diversity and inclusion, and performance.”

Recruitment platforms have secured sizable chunks of VC cash in recent years, a trend that has continued into 2019 — SmartRecruiters recently closed a $50 million round of funding to help companies find and select new talent. AI and automation are also playing an increasingly big part of this, with the likes of Mountain View-based AllyO nabbing $45 million for a conversational AI platform that can quickly identify qualified job seekers and automate recruiting processes, and Eightfold raising $28 million for AI smarts that match candidates with employers. Elsewhere, New York-based Fetcher offers up AI tools to help companies proactively headhunt the best candidates, recently closing a small $5.4 million seed round of funding.

Prior to now, Harver had raised around $20 million since its inception in 2015, while it has secured some big-name clients along the way such as Netflix, Uber, Heineken, KPMG, and UiPath. With another $15 million in the bank, the company is well-financed to grow its product and target new clients.

“With our technology, we’re able to digitally transform the candidate selection process of large enterprise companies around the globe,” noted Harver cofounder and CEO Barend Raaff. “We’ll empower recruiters to match candidates better and faster while eliminating all bias from the decision-making process. To reach this goal, Harver will continue to expand on its product development and matching engine.”