Disclosure: The organizers of the Videogame Economics Forum paid my way to France, where I participated in a couple of sessions on the game business. Our coverage remains objective.

Game investments and acquisitions have exploded in the past few years, with billions of dollars at stake. The deals, IPOs, and investments that grab the headlines include the $2 billion Facebook acquisition of Oculus VR, the $1.53 billion SoftBank investment in Supercell, and the $7 billion IPO of King Digital Entertainment. Those deals reflect the potential of games to grow into a $100 billion business worldwide across all platforms by 2017, according to a forecast by game investment bank Digi-Capital.

With such huge deals, it’s easy to get overly excited about the opportunities in games. So we discussed the topic at the recent Videogame Economics Forum in Angoulême, France (which has a video game university and is home to a giant comic book festival). In our chat with a group of seasoned game investors, we tried to sort through the hot trends and the pitfalls to avoid when investing in games.

GamesBeat: What are some hot trends that you care about right now? 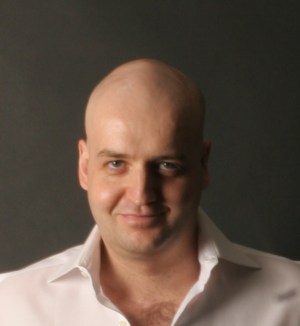 Also, anything that gets us out of the super-broken app discovery model that we’ve discussed already. Is the mobile web coming back in any way? How about messengers that allow you to find apps? That’s something I’m looking at. [For example, Kik is actually the largest messenger in North America now.] It’s bigger in the U.S. than WhatsApp.

I just put some money into an equity-based crowdfunding company. After Oculus Rift, everyone is much more interested in getting a little piece of the action, not just a T-shirt. At the end of the day, though, I’ll still only invest if it’s a fantastic team, if they know how to make great games and how to monetize and make all these other pieces come together.

Marc Jackson: One of the key trends that’s affecting the games industry, especially on the digital side, is data analytics. We’re only at the tip of the iceberg, the very beginning of seeing how powerful analytics can get. Even the biggest players – Google and Facebook and so on – haven’t found out what they can do with that special mix between humans and data and the way they’re interacting with new devices.

That has a big bearing on games, because games tend to be the type of media that can be adjusted the most quickly and monetized the most quickly. I’m following some companies. For instance, in L.A. there’s a company called Ninja Metrics that’s doing some very interesting things with predictive analytics around the social graph, especially with non-paying players, that then drive players into the whale/minnow/dolphin zone. I’ve heard of some other very interesting companies here that are experimenting with bringing cognitive analytics to games. That’s a huge trend.

A lot of people are hedging their bets and watching Facebook very closely. They seem to be the one to watch. Oculus Rift is clearly going to be something that could be a leader. There’s multiple potential competing platforms, but we’re going to see some very interesting content plays. Bringing that home to Angoulême is important. Angoulême in France could play a key role in developing some alternative types of content. 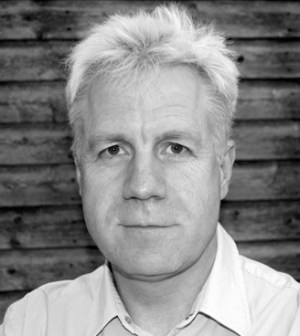 Above: Ian Baverstock of Tenshi Partners

Ian Baverstock: I’ve heard quite a few developers recently starting to talk about automatically adjusting their game design and gameplay based on analytics. Suddenly there’s a whole conversation going on amongst developers about how to use analytics in a realtime way, to have the game adjust — obviously this is usually A-B testable live service games – in a way where you have automatic feedback. There’s some interesting tech in development there.

If you’re looking at investments you’re always trying to figure out how to get your money back out again. How are you going to realize this investment? One of the things that’s really hot right now is this money in Asia, looking for a way to take the businesses and the cash that are there and grow those businesses, often in Europe, as the place where there’s the least development intersections.

Those companies, more often than not, are looking for companies who’ve demonstrated expertise.They expect these companies to be profitable and well-run, but they’re focusing very much on companies that have an audience, a community, and know how to engage with them. That’s something you can buy and transfer into a bigger entity in a positive way. If you can build companies in that direction, in that particular area of interest and axis of expertise, that makes you very sellable.

John Stokes: There’s a couple of similarities with some things that other people are saying here. We’ve made, as I said, a wide range of investments across the internet space, and one area we’ve invested quite a lot in is also predictive analytics, as applied to some of our other companies. We’ve done a lot of e-commerce investing, also ad tech investing, and both of those businesses are very much driven by trying to build predictive models of who it is that you should be selling what products to, who you should be promoting what services to. Using predictive analytics and those types of engines and applying it to the gaming industry is something I’m quite interested in.

Oculus is an obvious example of this, but as there are new inputs and outputs, looking for companies in the gaming space, and not just the gaming space, that are looking to take advantage of these new inputs and outputs—Oculus is one, both in input and in output. But we’re also looking at motion as an input. Touch screens and these types of things have completely changed the way that gamers can think about playing and game developers can think about building stuff. Motion is one that we’re very focused on.

Looking at what children are doing, particularly in education, but not only just for that—There’s a whole new wave of people growing up with a new way of learning and a new way of experiencing. A lot of it is game-driven. We’re interested in that, but also looking, as these children move into young adulthood, at how this next generation of people is going to be different from the current generation in terms of how they interact and learn, particularly in a gaming environment.