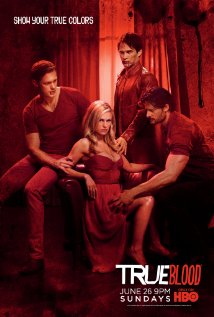 HBO is awaiting the 3 millionth download of its streaming media HBO Go app, which should happen by this weekend at the latest, according to a CNET report.

The 3 million who’ve downloaded the app since its debut in May represent about 10 percent of HBO’s 28 million total U.S. subscribers, according to the company.

The HBO Go app grants paid HBO subscribers the ability to view the entire library of HBO content, which is composed of 1,400 episodes, documentaries and movies. HBO isn’t cannibalizing its current business since viewers must subscribe to a HBO package through a pre-existing cable or satellite provider, such as Comcast, AT&T, Verizon or DirecTV.

HBO’s business model has transitioned away from relying on licensing from movies to bring in and maintain its base of customers. Now, the company produces original content like Game of Thrones and Entourage, which is worth the elevated cable bill for some customers.

As an added incentive for subscribers to try the HBO Go app, the company has started releasing episodes a week early through the Go service. So, customers who tuned in for the fourth season premiere of HBO’s original series True Blood June 26 can watch the second episode a week early.

Like streaming video service Netflix, HBO’s Go app is available on the iPhone, iPad, most Android devices and on the web. However, HBO’s original programing is unlikely to ever show up through Netflix’s service.

Netflix clearly realizes the value in having exclusive content. In March, the company purchased the rights to produce new TV show House of Cards, directed by David Fincher and starring Kevin Spacey, for $100 million.

Despite HBO’s stand off-ish attitude towards licensing its content on other services, Netflix is still very interested in reaching an agreement to stream its programming.

For now, the only way to watch HBO shows is through a subscription or the HBO Go Apps.