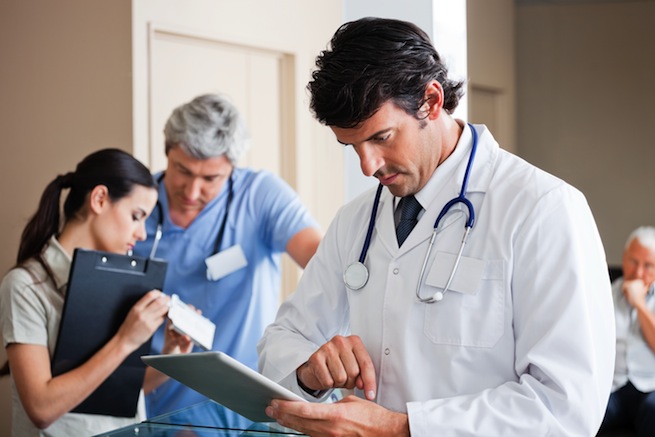 Congress is conducting a three-day series of hearings to decide how to regulate the explosion of health apps on smartphone and tablet devices.

Lawmakers from the House Energy and Commerce committee have been holed up to discuss how to balance patient’s privacy concerns and inspire innovation in the developer community.

“Developers are mystified by the rules in this highly regulated industry,” said Ben Chodor [below], the chief executive of mobile health app store Happtique, who called me after testifying alongside a handful of medical experts in Congress today. 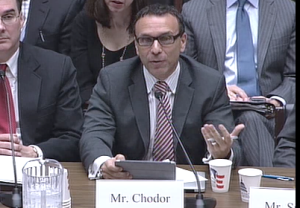 The Food and Drug Administration (FDA) has been mulling over this problem for years. It remains unclear which medical and consumer health apps come under its jurisdiction.

“Since the 2011 guidance [that it would be seeking public input], the FDA has held a public workshop on mobile medical apps and has received many public comments, but has not yet issued final guidance,” states a letter the committee sent to the FDA earlier this month.

Gaining FDA approval can take years and thousands of dollars, but it’s worth it for companies like AliveCor, a technology that turns your smartphone into a sophisticated heart monitor.

But what about the vast majority of medical apps that are not for clinical use and are designed for scheduling doctors’ visits or devising a healthy eating plan?

Chodor advised the FDA to clarify that apps sold in a consumer environment, like an App Store, will not come under regulation. The vast majority of health apps fall into this category (only about 15 or 20 percent of all apps are for clinical use.) He explained that FDA approval should only be necessary if the app is intended for physician use to make decisions about your health. “The FDA is in the best position to regulate that subset of apps,” he said.

The total market for health-related app services will reach $26 billion by 2017, according to a study from the consulting firm Research2Guidance.

The burgeoning med-tech community fears that the FDA will step up its enforcement, and shackle consumers health products. This is stifling innovation with developers “waiting on the sidelines” for an official decision, according to Chodor.

“FDA needs come up with their guidelines already — sooner rather than later,” he said.

According to the Washington Post, lawmakers are also questioning whether the Patient Protection and Affordable Care Act would encourage the FDA to define smartphones and tablets with health-related apps as “medical devices.” This has repercussions for the tax that will be levied on the next generation of mobile health products. Medical devices are levied far higher taxes than consumer products and services.

Chodor is concerned that investors are already turning to international markets, where tax rates on medical-related products are lower.

The blurry line between a consumer-focused health app and a medical device is a bureaucratic nightmare. To make matters worse, many of these new health-related apps are used in clinical settings and by consumers. “To put it bluntly, that is the area that no one gets,” said Chodor.