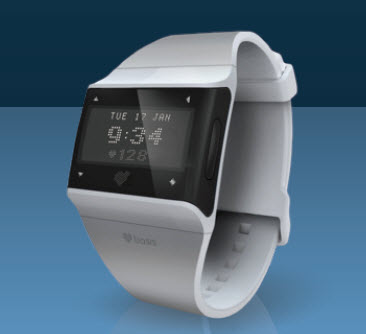 Basis is making a health monitoring device that could make it more fun to get into good shape. That could be a tough sell to couch potatoes, but the company has announced it has a new chief executive to lead the charge: Jef Holove, who was previously CEO at wireless photo card maker Eye-Fi.

Holove takes over from Nadeem Kassam, founder and now chief alliance officer at the company. Kassam started the San Francisco company (originally known as Pulse Tracer) in 2004 after leaving an entertainment career where he built nightlife social networks. The idea was to make getting healthy fun.

There’s a growing trend toward making connected health devices and marrying them to fun weight-loss programs. The trend is piggybacking on the success of video games such as Wii Fit, the Nintendo game that lets you exercise via a game console.

Kassam came up with a device called the Basis Band (pictured right) that looks like a wrist watch but measures a number of body metrics, including heartbeat, temperature, movement, and “galvanic skin response,” or sweat levels. You wear it all day long, even during sleep. The band collects a bunch of data that can be used to measure your heart health, stress level, fitness level, activity level, and how many calories you’re burning.

You can upload that data to a computer and analyze the results on a dashboard. You can also share it with friends, trainers, and anyone you might want to compete with. You can earn badges, beat your friends on leaderboards, and brag about how many calories you burned. Those features make it more fun to be fit; they “gamify” the process. That’s part of a big trend where companies try to keep users from getting bored by making their products and services more like video games.

By combining the device, the metrics and the game-like challenges, users will be more motivated to get into shape. That’s the idea, anyway. The company hasn’t yet launched the device but plans to do so this year, Holove said in an interview. 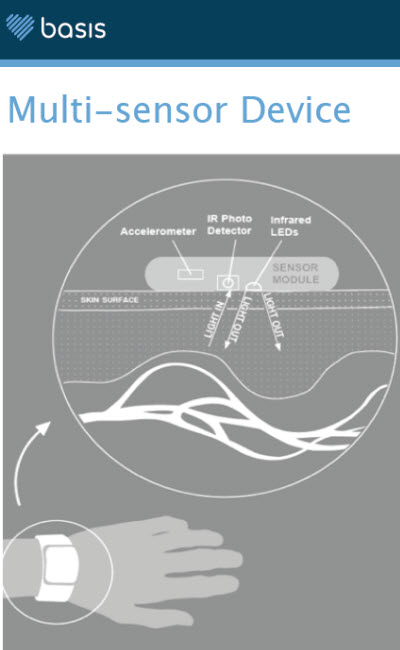 “We want to make this rich and engaging and fun,” Holove (pictured) said. “We’re talking about changing behavior, and that requires a lot of effort.”

Holove said he was attracted to the business because it felt like it had a sense of purpose, like the environmental movement. By making people more fit, the company could make an impact on the overall wellness of society. Holove said the key to success will be borrowing the psychology of gaming without positioning the device purely as a game.

“The experience should feel like a game, but it shouldn’t promise too much,” he said.

The company has recruited interesting executives. Bharat Vasan, chief operating officer, previously worked at video game maker Electronic Arts. Marco Della Torre, vice president of product science, has been an inventor and a key researcher at companies such as Emotiv Systems and Bam Labs. Sean Tan, head of hardware engineering, worked at Huawei and on artificial heart control and simulation at the University of Ottawa Heart Institute.

Over time, the business has become easier to pursue because the cost of the technologies used in the device keep on plummeting. The company can also tap cloud-based technologies to deliver services to users wherever they are.

Most recently, Basis raised $9 million from Norwest Venture Partners and Doll Capital Management. Prior to that, it was angel funded. Basis has 20 employees and is hiring. Rivals include devices you can strap across your chest such as Garmin/Polar and step-counting pedometers made by FitBit.