Giant players such as Google and Microsoft already provide health care-focused search sites, but they aren’t that impressive.

San Francisco’s Healthline, however, is focusing solely on health search, and is making surprising headway. It has six million monthly unique users, and is the only search engine among the top-twenty U.S. health-related sites — with the exception of Yahoo Health (see list below). And with healthcare a very important part of the economy, there’s a land-grab going on, and investors want a part of it. Healthline today announced it has raised $21 million more in financing, led by GE/NBC Universal’s Peacock Equity Fund.

Its success apparently derives from giving users more options, such as links to trusted article sources related to the symptoms they experience, along with lists of possible causes, tips and advice.

West Shell, chief executive, told us that’s why sites such as AOL and others are booting Google’s health related search, which provides a simple list of results but no other context, in favor of Healthline. Over the past two months, it has signed numerous other syndication deals, and now powers search at sites like NBC Universal’s iVillage Total Health, Eons and Health Central Network.

There several players in this area, most notably Kosmix, Microsoft’s Medstory (see our coverage), and Google’s health-only search site. A host of others are trying to build communities around health issues, but don’t focus purely on search per se. Healthcare.com, with $6 million in fresh cash, recently joined the crowd.

The company has now raised a total of $59 million. The site launched in 1999, but then went through a major reorganization to focus on search in 2005. 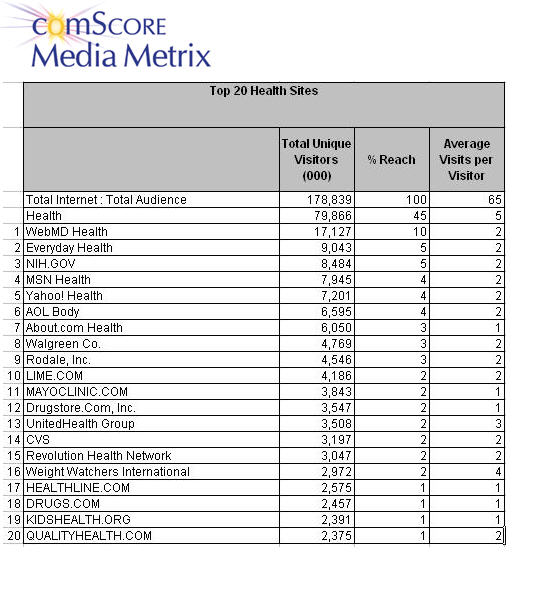