Yesterday, I reported that the rust belt may be turning into the robot belt, as new data from the Brookings Institution indicates that companies in the Midwest and upper South are employing the most industrial robots. But even without this new data from Brookings, it’s become clear that companies can’t open a new factory in the Midwest without facing questions about how much of the labor will be allocated to robots.

Dave Hansen, a Democratic member of the Wisconsin State Senate, published an op-ed last week in Madison’s Capital Times newspaper questioning whether his fellow lawmakers are adequately preparing for the potential economic effects of automation. The op-ed comes as lawmakers in the state are considering a $3 billion dollar tax subsidies package for Taiwan-based manufacturer Foxconn, which plans to build a factory in the southeastern portion of the state. Hansen writes:

In my initial response to the news I urged my colleagues to proceed with caution. Not only is this an incredibly expensive offer (it could cost the average family in Wisconsin $1,200 and take 25 years or more before state taxpayers break even!) but it could set a precedent with how we approach future economic development at a time when more and more industries are moving to automation as a way to reduce labor costs.

Foxconn is at the forefront of this effort with its publicly stated goal of fully automating its manufacturing process to the greatest extent possible. They’ve already begun by laying off 60,000 workers in China who were earning $3.25 an hour and replacing them with robots.

This begs the question: If they are laying off workers to save $3.25 an hour, why are they willing to pay their workforce here in Wisconsin what appears to be five to seven times that amount?

Mark Muro, the author of the Brookings report, told me that he believes there are a couple of steps cities and state leaders should take to make sure their local economy is equipped to thrive in an increasingly automated world. First, they should identify what “human work” will continue to be needed in their region and offer local workforce training that is specifically tailored to help workers develop the skills needed to excel at that type of work. Second, they should be prepared for their local economy to experience disruption, and to identify how to best help workers whose roles may change due to automation (by creating a portable benefits package, for example).

“More workers are going to be displaced, or will have to find new ways to make a living,” Muro says. 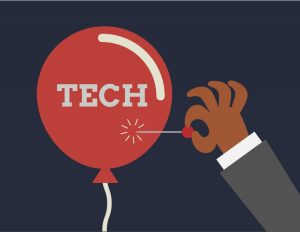 Entrepreneurs hungry for perspective should work outside Silicon Valley

We have a summer home in New England in a semi-rural area, just ~10,000 people in town, with a potato farm across the street. Drive down the road and you can see the tall stalks of corn waving on other farms. Most people aren’t in tech or law or teaching in universities; they fall solidly […] 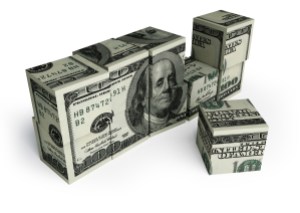 With 75 percent of venture capital money in the U.S. going to only three states — California, New York, and Massachusetts — it’s never been easy for startups in the middle of the country to raise money. But with more investors pouring money into larger, later-stage rounds, it could get even harder for Heartland startups. […] 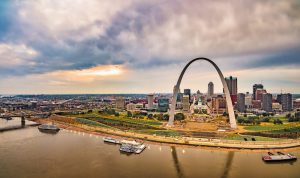 Yesterday, BioGenerator’s first co-working lab tenant, Confluence Life Sciences, got acquired by Aclaris Therapeutics, Inc. at a valuation of $100 million. On the acquisition, Confluence’s lead founder Joe Monahan said in a press release, “We are thrilled to achieve this significant milestone. … We built a team of proven drug hunters, successfully advanced multiple product candidates to […] 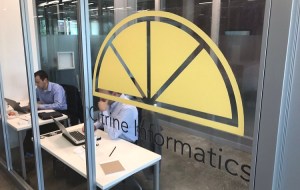 A Silicon Valley company has made the move to Pittsburgh, bringing with it a unique type of artificial intelligence. Citrine Informatics, a chemicals and materials artificial intelligence (AI) platform, recently opened its first office outside of Silicon Valley in Bakery Square. Citrine combines materials-aware AI with the world’s largest materials database to help companies deliver high-performance […]

Mayor Dan Horrigan recognizes “the heavy lift” required of the city if it is going to spur innovation and entrepreneurship. He also understands why it must try. For Akron to sustain and enhance its quality of life, it must keep and attract talent. It must be a better place for families and for businesses. Part of getting there is building a stronger culture for startups. (via Akron Beacon Journal)

The 25 most high-tech cities in the world

Cities are the way of the future. In less than 35 years, the World Health Organization estimates that two-thirds of the world population will be living in urban areas. That’s an additional 2.5 billion people. The cities that will flourish the most are those that rely on cutting-edge technologies and create opportunities for people to develop new ones. (via Business Insider)

EBay’s Founder Has a New Idea: Build a Dairy in Hawaii

If Pierre Omidyar gets his way, 699 dairy cows will soon enjoy a glorious view of the Pacific Ocean, framed by a pristine beach. Mr. Omidyar, the founder of eBay, wants to build a dairy farm on the island of Kauai. (via The New York Times)

When I sat down to write this piece I had no idea Google this week would be at the center of a discussion about diversity and inclusion. Their CEO, Sundar Pichai, yesterday canceled a company-wide town hall meeting and spoke at Made with Code — a coding event for women — telling those in attendance, “there’s a place for you in this industry.” (via Inc. Magazine)