Here’s this week’s newsletter: Summer is upon us, and startup activity is keeping pace with the rising temperatures. Startups across the U.S. raised $21.78 billion over 1,958 deals in the three months ending June 20 — that’s a $5 billion jump from Q1, according to Pitchbook-NVCA Monitor. (For 2017, VC investing should beat last year’s $71 billion, but it’s likely to be less than the $78.6 billion raised in 2015.)

Meanwhile, North Dakota ranked as the top state for startups for access to its resources, low cost of operations, and pro-business climate. Of note is that North Dakota has the most startups per 100,000 residents — 205.92, which is three times more than in West Virginia, the state with the fewest at 69.68. While not all of North Dakota’s young companies are tech startups, I confess to being surprised and delighted to learn of the Peace Garden State’s entrepreneurial ecosystem.

P.S. Please enjoy this video, “From Rust Belt to Tech Belt: US city of Youngstown set on reinventing itself.” 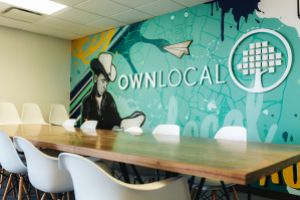 Setting up camp in Silicon Valley may seem like the obvious choice for tech startups, and one common way to get there is through an accelerator. Each year, these programs churn out hundreds of freshly minted companies, dispersing seed money across a wide range of sectors. Yet for alumni of the Y Combinator (YC) accelerator, […] 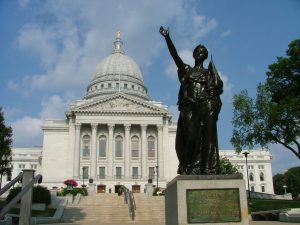 High salaries, low unemployment, and a lack of cheap housing and office space have driven some companies to look beyond the traditional San Francisco–San Jose corridor for talent and office space. While other large U.S. cities have their own tech and venture capital ecosystems, unemployment and affordability are often comparable. JLL’s latest report, Cracking the Hardest […]

Sports tech company Hudl has announced that it has secured $30 million in funding through a round led by existing investors including Accel, Jeff and Tricia Raikes, and Nelnet. In a news release, Hudl said the investment signals continuing confidence in the company and its mission to capture and bring value to every moment in sports. “We started offering assisted […] 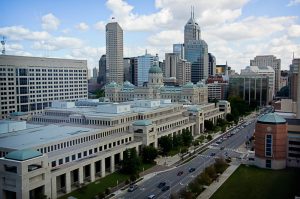 Lone wolves, scarce funding, and other myths about starting a company in the Midwest

Indianapolis has historically had trouble shaking the “sleepy manufacturing town” image, much like neighboring cities Cincinnati and Cleveland. But, when Salesforce announced the $2.5-billion acquisition of Indianapolis-based ExactTarget in 2013, the business community began to reconsider the stereotype. Was innovation possible between the coasts? “The Midwest isn’t the black hole many believe it to be,” said […]

As the world looks ahead to a future of interconnected, self-driving cars, this college town 40 miles west of Detroit has emerged as a one-of-a-kind, living laboratory for the technologies that will pave the way. (via New York Times)

Reinvention in Middle America: Innovation From the Interior

Conventional wisdom suggests that to peer into the crystal ball of America’s future, one should go to Silicon Valley to check out the latest start-up unicorns, or to New York or Los Angeles to scout emerging trends in fashion and food. (via Sparks & Honey/Medium)

Where should Houston’s innovation district be?

Perhaps the most substantive recommendation for fostering tech startups in Houston is to create a district where those young businesses can cluster, on the theory that physical density is essential for creating the kind of accidental interactions that stimulate new ideas. (via Houston Chronicle)