Here’s this week’s newsletter: Fourth of July celebrations took place across America yesterday, our nation’s Independence being one of the few things that everyone can agree on. Perhaps another is the importance of work — but not just work. Rather, a good-paying job that, aside from providing a wage, also offers less tangible rewards like meaning, a sense of pride, even beauty.

In his landmark book Working, Studs Terkel captured the oral histories of ordinary people engaged in ordinary jobs from gravedigger to studio head, from police officer to piano tuner. Nearly 50 years after its publication, Terkel’s masterpiece can be seen as a protest against many of the same forces rocking today’s labor market. He wrote, “As the automated pace of our daily lives wipes out name and face — and in many instances, feeling — there is a sacrilegious question being asked these days.” The question, of course, was then, and remains today: What is the value of work?

It’s a question facing heartland cities as they seek to spur economic growth with tech jobs. Companies that offer fair salaries and opportunities for advancement, and that directly contribute to the commonweal or become part of a rising tide lifting all boats, will do the most to bridge the tech and economic divide between Silicon Valley and the rest of the country.

For in the end, the intangible benefits of job creation can be far-reaching and have lasting impact.

Eric Tobias, a partner at High Alpha, an Indianapolis-based venture studio, described the local effects of Salesforce buying ExactTarget this way: “That success made everyone’s ambition level rise 10X. Everybody saw that it wasn’t just something that happened on the coasts.”

Barb Ewing, CEO of the Youngstown Business Incubator, told me about the connection local entrepreneurs pursuing additive manufacturing rather than, say, B2B software feel to their city’s proud past. “It’s easier to see ourselves as makers. Maybe there’s a strong cultural aspect at work.”

P.S. Please enjoy this video from the Aspen Ideas Festival, “Manufacturing in America: The Millennial Way to Make Things.” 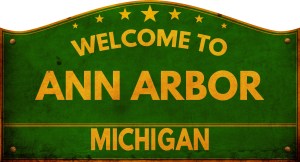 Why I outsourced to Michigan instead of India

For one CTO, offshoring software development seemed like a good idea. Six years ago, the CTO joined a fintech company that had a history of sending coding projects to India, China, Vietnam, and Ukraine. Like so many U.S. corporations, this fintech company sent work overseas to take advantage of low-cost labor. However, after one year […] 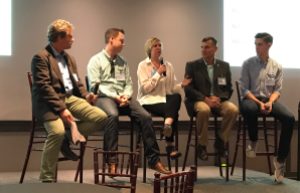 Starting a tech company in Silicon Valley is very, very hard, and conventional wisdom holds that doing so elsewhere would be even more difficult. But is it? While founders everywhere confront such challenges as determining product-to-market fit, developing supply chain management, and establishing reliable, recurring revenue streams, those outside Silicon Valley — or New York […] 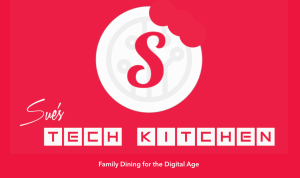 Randi Zuckerberg is opening a Chuck E. Cheese’s for modern kids in Tennessee

Randi Zuckerberg envisions a future of integrated technology–and that starts with parents embracing interactive tech for their kids in a healthy way. That’s the inspiration for the Zuckerberg Media founder and CEO’s latest venture, Sue’s Tech Kitchen, an interactive “tech-driven pop-up dining experience” opening in Chattanooga, Tennessee, on July 28. It’s a space where families, […] 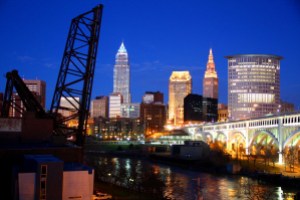 The story of Cleveland’s long decline and nascent recovery is a well-worn one. Lately, the city has latched onto a local sports team’s slogan to brand its comeback: “Believeland.” This optimism is, in part, well-merited. Last year, the Cleveland Cavaliers won their first-ever championship, the city prepared for and successfully hosted the Republican National Convention, […]

Reno Is Starting to Look More Like Silicon Valley

“Are you with Tesla or Panasonic?” the waitress asks with a smile. It’s morning in Reno, and it’s natural to assume anyone eating breakfast among the rustic wood walls and Instagram-worthy succulents of the Whitney Peak Hotel would work at the mammoth Tesla Gigafactory, jointly run by the two tech companies. For transplants landing in Reno, the boutique hotel, formerly a casino, has become a common crash pad—albeit one wrapped by an outdoor rock-climbing wall. (via Bloomberg)

After Trump: Techies ‘boomerang’ to Midwest to spread wealth

Shaken by the outcome of the presidential election, Brian McClendon left his job at Uber and returned to the Midwest after three decades in Silicon Valley. His mission: to bring Silicon Valley-style job creation to Kansas, a state technology investors have long flown over, not into. (via USA Today)

How a 1950’s Egg Farm Hatched the Modern Startup Incubator

The story of the world’s first business incubator begins, more or less, with 80,000 square feet of surplus chickens. The early 1960s was a good time for poultry, and the Mount Hope Hatchery of Rochester, New York needed some buildings for overflow coops. They found them in Batavia, a small city about 35 miles west of Rochester, where a former hardware store manager named Joe Mancuso was leasing a variety of irregular spaces carved out of a vast, decommissioned harvester factory. (via Wired)

Mark Pincus and Reid Hoffman want to hack the Democratic Party. Not literally. Not the likes of what befell the team behind Hillary Clinton’s 2016 campaign, resulting in scores of private emails being published online — and countless news stories that helped seal her defeat. No, Pincus, the co-founder of Zynga, and Hoffman, the brains behind LinkedIn, want to force Democrats to rewire their philosophical core, from their agenda to the way they choose candidates in elections — the stuff of politics, they said, that had been out of reach for most voters long before Donald Trump became president. (via Recode)