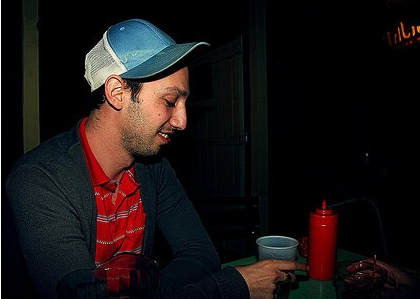 Hi VentureBeat! I’ve just joined VentureBeat as East Coast editor, based in New York. I can’t wait to get started on Monday.

I didn’t know much about the Silicon Alley scene until the day I stumbled into NYC Resistor, a hacker collective in Brooklyn. That was about three years ago. The air smelled like burning metal and people were talking about laser cutters and 3D printers and robots that dispensed drinks. It was a little slice of geek heaven, I thought, and maybe a good focus for my career as a journalist.

Fast forward a few years, and New York’s tech scene has exploded with activity. Makerbot, the company that sprang from this same group of hackers, has gotten $10 million in funding and won the best emerging tech award at CES — just another sign of New York’s momentum. The past three years have seen New York turn from a dot-com bust backwater into a legitimate contender to Silicon Valley in many areas.

We do things differently in New York. Our venture capitalists aren’t afraid to strut the catwalk and declare their support for Occupy Wall Street. Our Mayor wouldn’t miss a tech ribbon cutting if his life depended on it, that is if he’s not too busy learning how to code. And our entrepreneurs aren’t afraid to admit on their blog when they’ve failed. In fact it helps them lay the groundwork for their pivot into the next big thing.

I learned a ton working at the NY Observer, and building my own site, Betabeat. It was the guidance of editors like Aaron Gell and Elizabeth Spiers, who challenged me to skip the cheerleading and write the big features no one else would touch, that let Betabeat put the tech scene on notice in less than 9 months. And it was the hard work and sense of humor that my colleagues Adrianne Jeffries and Nitasha Tiku brought to our site every day that made it a must read for New York tech types, something that will continue as they build out the site.

Venturebeat is one of the top tech publications on the web with a killer national team. I’m excited to help them establish their first office here and blow up their coverage of the New York scene. Expect a few more puns in the headlines, snark in the posts and stories that make some of the people in power a little uncomfortable or downright furious. There will be scoops, not just funding stories every tech blog breaks at the same time. And there will be longer features profiling the companies and characters that are disrupting tech on the East Coast. If the Mayans were right about this whole 2012 thing, it’s going to be a hell of a year.