Google “Helpouts,” an online platform where experts offer advice via video chat, was a good idea, but the service is going away, Google announced Friday.

Google sent an email message out to participating providers announcing the shutdown and giving the reason why:

“We have some sad news to share with you today: Helpouts will be shutting down on April 20th, 2015. While this announcement was just posted on our site, we wanted you to hear the news directly from us. The Helpouts community includes some engaged and loyal contributors, but unfortunately, it hasn’t grown at the pace we had expected. Sadly, we’ve made the tough decision to shut down the product.” 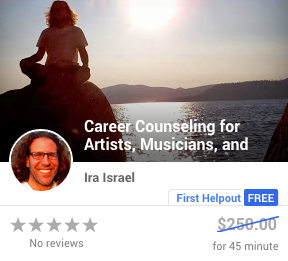 Above: Some of the health services offered weren’t cheap.

After launching in 2013, Helpouts provided a space where people could locate and hold online meetings with various kinds of experts to ask questions and get help with problems. The experts could set their own prices for their time.

But for some providers of health services, Helpouts never became a reliable channel to dispense services. There were problems with the service from the get-go.

Lewisville, Texas-based counselor Will Singleton was excited about Helpouts when he heard it had launched.

“I thought anything that Google would do would get a lot of attention, so I rushed to sign up,” Singleton said.

The idea behind Helpouts was a good one, Singleton said. “Instead of people spending two hours doing research on the Internet, they could get their questions answered in 10 minutes online with a professional.”

But it soon became clear to Singleton that Helpouts wasn’t going to fit into his practice like he hoped it would.

The people who called the service didn’t have just a few questions that could be handled in a short amount of time. In Singleton’s case, the people who he talked to online came to the service with problems that were best treated with long-term, regular sessions. “These were just people who were trying to get free therapy.” 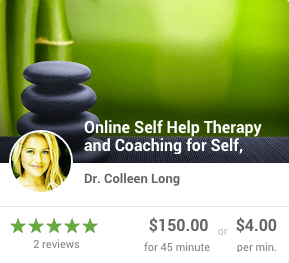 Singleton started by offering free Helpouts sessions, but had planned to eventually transition to a paid model after patients had got a taste of the kind of therapy he offered. But that never happened.

Many of the counselors and therapists on Helpouts, Singleton said, used it as a revenue platform from the start, charging high prices like $400 for a single hour-long session, Singleton said.

Google also deserves some of the blame for the demise of Helpouts. The categories in Helpouts were too broad, Singleton said, making it more difficult for users to find the right kind of expert.

Singleton also said Google didn’t develop the platform very much after the original launch. He tried to hold sessions with existing clients on Helpouts, but got the impression that the platform didn’t provide any features that he couldn’t get by using Skype. Had it offered some cool features that contributed to more effective counseling sessions, Singleton might not have minded being required — along with his patients — to sign up for a Google+ account. 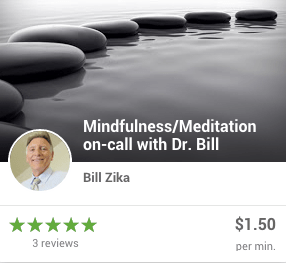 Another counselor, Dr. Bill Zika of Pacific Grove, California signed up for Helpouts as a way of adding a consult here and there around his regularly scheduled in-person clients. Zika says his only real worry when he started was that there might be too many Helpouts requests.

His worries were unfounded. “There wasn’t really that much,” Zika says of the level of demand he received. In fact, Zika ended up holding only a few Helpouts sessions while he had his virtual shingle out, he says.

Zika points out that the Helpouts platform wasn’t set up to take insurance payments, which may have kept some people away.

Asked if he felt that Google worked to improve Helpouts to attract more people, Zika said: “I didn’t hear from them very much.”

Still, Zika said he had a good experience with Helpouts — what there was of it.

Both Zika and Singleton said they were interested in good telemedicine platforms where they could offer their counseling services. And both were happy to find out that platforms like Doctor on Demand are now enabling behavior health virtual visits.

It’s possible that the once-promising Helpouts was just ahead of its time, for health-related services anyway. And it’s interesting that Google chose to let the service die just when people are starting to get used to the idea of visiting their care providers via online channels.

The people at Google had no comment on that when we contacted them Friday, nor would they release any numbers on how many people used Helpouts during January.