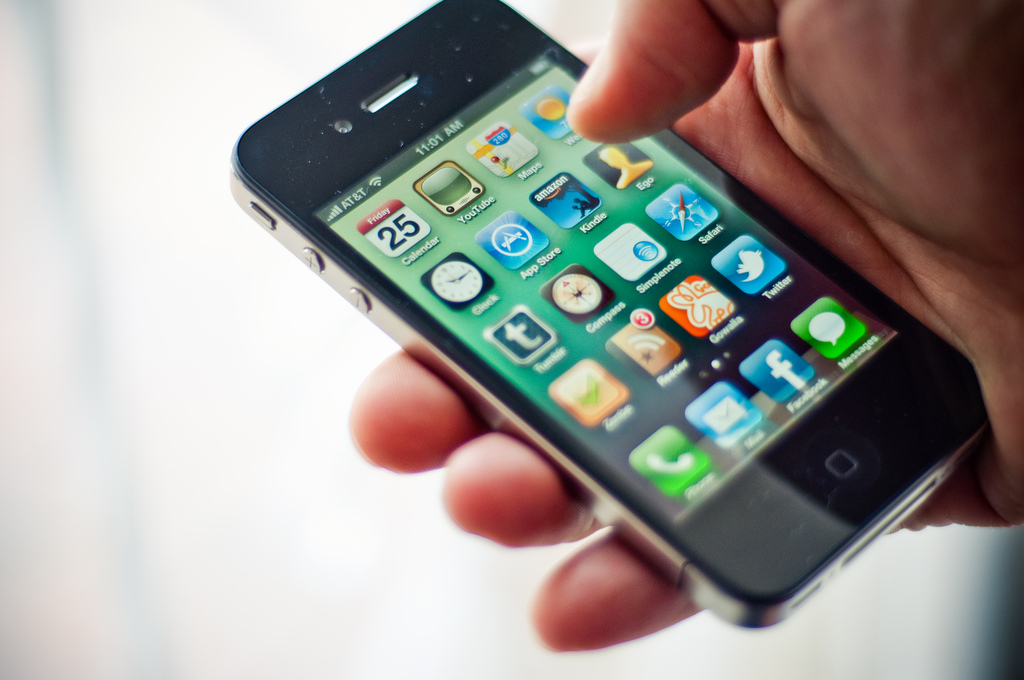 It’s kind of the app store version of the American dream.

While the average app store developer might make under $10K a year from his or her apps, Joe Kaufman has managed to generate millions of downloads on iOS and Android of his hit Lost City and Secret of Grisly Manor apps, generating massive revenue and making him a self-made millionaire.

Kaufman is a true indie — with only one partner, he handles all the design, art, and animation for his apps. And the success has been remarkable. 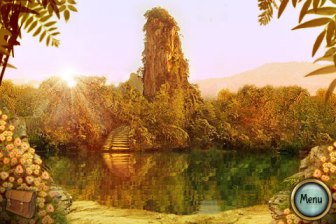 Above: A scene in the The Lost City

It’s probably fair to say Kaufman is right where a lot of other app developers want to be. I wanted to chat with him to learn how he’s done it.

VentureBeat: You’re a super-successful indie app developer. How’d you get there?

Kaufman: I started out in the mid-1990s as an artist/animator for a popular screensaver software called After Dark. From there I became a Flash animator working on various CD-ROMs and websites. I started Fire Maple Games five years ago so I could focus on making games exclusively.

In 2010 I hired my friend to help me start making classic point-and-click adventure games. I have been playing adventure games since the late-1970s, and they are my all-time favorite genre of games. At the time, there weren’t any adventure games made specifically for mobile devices. Some of the larger companies were porting over their mouse-based computer games to the mobile market, but they always felt a little forced to me. I wanted to create an adventure game that was specifically designed from the ground up for touch interfaces and the smaller screen sizes. That game is called The Secret of Grisly Manor and it has since been downloaded over 4 million times.

My latest game, The Lost City, was released in February 2012 and has received over 3.5 million downloads to date. I was able to build The Lost City 10 times faster using Corona SDK, an awesome cross-platform tool for mobile development. Corona uses a lightning-fast scripting language called Lua that is really fun to use and lets me focus all my energy on the game play — without having to deal with all the inconsistencies between devices. 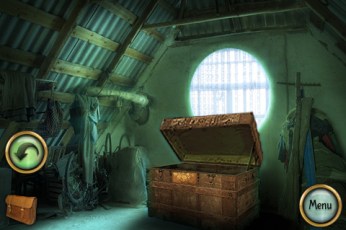 Above: Inside the Grisly Manor

VentureBeat: When you’re looking for a new game or app idea, where do you get your inspiration?

Kaufman: We generally try to think of a few fun objects and game mechanics, and then try to build an interesting theme around them. The game is constantly shifting as we rip out different ideas and try to replace them with stronger ones, which in turn changes the game’s map and locations around. It is a pretty intense juggling act!

Another answer to that question is that I really don’t know! I have no idea where ideas come from — or where they are going to come from — a pretty daunting notion to build a business around.

VentureBeat: What are the factors that make up a successful app (if you need a specific category, let’s do games)?

Kaufman: It sounds a little cheesy, but I would say love. I can usually tell if the developer loves what they have made and want to share it with others. I think it shines through every aspect of a game. On the other hand, I can usually tell if an app was made just to try and get a quick buck, designed for some marketing campaign, or trying to rip off kids with a zillion micro-transactions. 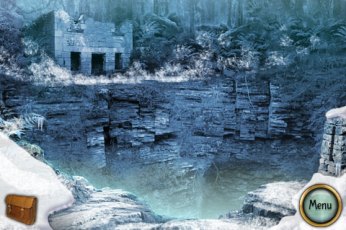 Above: Once more in the Grisly Manor, this time outside

Kaufman: I don’t really do any marketing. I don’t submit the games to review sites or anything like that. The only money I spend is for a $20 press release. I have been lucky that my games spread by word of mouth, good reviews, etc. I think that is a more powerful way to learn about apps anyway. It is how I buy all of my apps. If a friend recommends it, I buy it. I generally don’t believe television commercials, magazine ads, banner ads, etc., and I don’t know how effective they are. I think the main thing is just to keep making games. If people enjoy one of your games, they will generally enjoy the others too. Building up a nice collection of games is critical for this.

Kaufman: The only model I kinda like is the original one — make games that people actually would want to pay for. Video games are an art form to me, I don’t like to be distracted by advertising of any kind when I am immersed in a game. This goes for movies, TV shows, books, etc.

VentureBeat: Do you need to be on the top 20 list in your category to make any significant money?

Kaufman: Yes, I would say so. You at least need to be visible on the App Store of the device itself. The higher up the better. It’s an incredibly steep exponential curve. The difference between the Top 10 and the Top 50 is pretty staggering.

VentureBeat: Are you an artist/designer as well? If not, how did you get the graphics for your game done?

Kaufman: Yes, I do all of the design, art, and animation for the games. In addition to being a great game designer, the friend I work with is also an amazing photographer. He takes thousands of photos for each game, which I then build upon to create the final graphics.

I also do all of the programming with Corona SDK. It was through working with Flash that I gradually started learning game programming and interactivity. I really enjoy working on the art, animation, and programming at the same time. It gives me greater control of the overall feel of the games.

VentureBeat: Have you had any offers to buy the rights to your apps?

Kaufman: I have, yes. Not really interested. In addition to being our livelihood, this company is my special place to be creative. From the art, animation, programming, and business side as well, it is our place to create anything we want and to nurture those creations. I’m very protective of it.

VentureBeat: Anything else that you think is important for indie app developers to know?

Kaufman: I recommend checking out software that makes development easier, quicker, and more fun. For me personally, I love working with Corona SDK because I believe it’s important to reach as many people and devices as possible. Corona has allowed me to build for the App Store, Google Play, NOOK Apps, and Amazon Appstore, so lots of people get to enjoy my games. But basically just make great things that you love. And work with people you respect and enjoy working with. You will never burn out and will always enjoy your work! Plus, I want people to make me more great games to play! ;-)