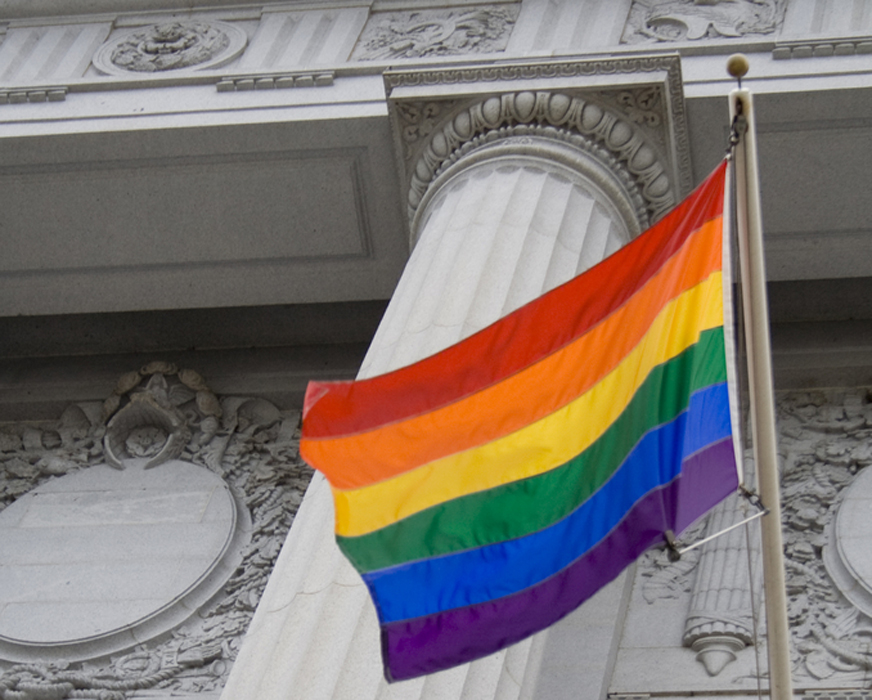 Marriage equality has become a hot topic in Silicon Valley — hot enough that some of technology’s most visible consumer-facing companies are willing to take a stand for the side they believe in.

In an amicus brief (embedded in full below), a couple hundred companies have signed on in support of marriage equality. The brief is being presented to the Supreme Court, which is debating DOMA, the Defense of Marriage Act, in the bellwether case United States v. Windsor*.

Some of the tech companies involved include (in alphabetical order) Akamai, Cisco, eBay, Facebook, Gilt Groupe, Google, Intel, Intuit, Microsoft, Oracle, Orbitz, Qualcomm, Twitter, Xerox, and Zynga. The city and county of San Francisco has also signed on to the brief.

What business do a bunch of corporations have getting involved in a highly personal political debate?

They’re glad you asked. In the brief, the amici** write that “the burden of DOMA’s dual regime is keenly felt by organizations that conduct operations or do business in jurisdictions that authorize or recognize marriage between two people of the same sex. … Far from creating uniformity, DOMA obliges employers to treat an employee married to someone of the same sex and an employee married to someone of a different sex unequally.”

DOMA, the brief continues, requires companies to treat their employees unequally when it comes to benefits for health care, child care, retirement, and more. And in competitive hiring environments, that kind of inequality is bad for tech companies in particular.

The brief also called DOMA-mandated tax issues “discriminatory,” brought up issues surrounding 401(k) plans and married couples, and touched on the difficulties in bringing in non-U.S.-born employees and their same-sex spouses on working visas.

And in states where same-sex marriages are legally recognized, employers shoulder the burden of treating the same employee very differently for federal and state purposes, including benefits and taxes. “Confusion abounds, and even sophisticated employers struggle,” the brief reads.

“Employees of Yale University, for example, learned in January 2011 that the university had failed to withhold taxes for the imputed value of spousal healthcare coverage in 2010, and that these amounts would be deducted from their paychecks in 2011.”

The result has been hiring consultants, figuring out complicated workarounds, and doing infinite legal tapdances — and still ending up with policies and practices that discriminate against employees.

“DOMA conscripts amici to become the face of its mandate that two separate castes of married persons be identified and separately treated,” the brief continues.

“We must treat one employee less favorably, or at minimum differently, when each is as lawfully married as the other. We must do all of this in states, counties, and cities that prohibit workplace discrimination on the basis of sexual orientation and demand equal treatment of all married individuals. This conscription has harmful consequences.”

Those consequences include legislation from individual employees, overall lower morale in the workplace, and a negation of some company’s missions and ethics statements.

“Our principles reflect, in the truest sense, our business judgment,” the brief concludes. “By force of law, DOMA rescinds that judgment and directs that we renounce these principles or, worse yet, betray them.”

*United States v. Windsor is an appellate case scheduled to begin oral arguments before the Supreme Court on March 27. The case involves two New York women, Edie Windsor and Thea Spyer, who married in Canada after a 40-year relationship. When Spyer died in 2009, Windsor was required to pay $363,000 in estate taxes, which would have been waived if their marriage had been legally recognized.

**Amici and its singular form, amicus, refer to the “friend of the court” status of these parties; amicus briefs are filed by parties not directly involved in the lawsuit or legislation at hand.