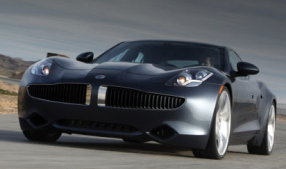 Fisker motors on with $115M more — The maker of the luxury plug-in hybrid Karma vehicle, has raised $115 million in new funding, which will allow it to access the $529 million in low-interest loans it was guaranteed by the U.S. Department of Energy last fall. Raising more equity was mandatory in order for it to unlock this financing.

iPad? iTablet? What’s in a name? — Rumors are flying today about what Apple will call its highly-anticipated tablet set to be released in the next several months. Before now, iSlate seemed like the likeliest candidate but new trademark filings have pointed to a possible ‘iPad’ or ‘iTablet.’

Yelp gets big money after kicking Google to the curb — Sources say Yelp has raised as much as $50 million from Elevation Partners. Apparently the review web site almost got U2’s Bono as a member of its board of directors because he’s a partner at the firm.

Zune phone coming in two months? — Apparently,talk of Microsoft’s stealthy phone project has started to heat up again, one that would be running Windows Mobile 7 and be ‘Zune-like.’ Even though it has focused on mobile software in the past, the computing giant may be looking for hardware partnership like Google has with Motorola and HTC.

Microsoft wants its XBox to kill cable — Now streaming television shows and movies and even producing original content through partnerships with the likes of ESPN and Disney, XBox Live is become an even more formidable competitor for cable TV and shifting the emphasis of consoles away from gaming.

What happened to Tesla Motors’ general counsel? — The famed electric car maker seems to have lost its general counsel, Jonathan Sobel, just four months after hiring him. While the company hasn’t addressed his apparent departure one way or another, his LinkedIn profile and other evidence suggest he has moved on — but did he do so willingly? The San Francisco Daily Journal broke the story. 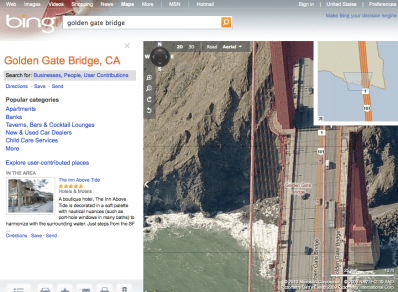 Bing Maps leaves beta behind — Microsoft has taken Bing Maps Silverlight into general release and has added a few new features at the same time, including integration of local event listings and vector-based routes on new map backgrounds. The Bing community blog has more.

Chinese hacker fingered in Google attacks — One computer security company has identified the algorithm that suggests the search engine’s recent breach was perpetrated by Chinese-speaking hackers. The New York Times has full details.

Spigit brings collaboration tools to small businesses — The company, which creates social networks allowing employees at large enterprises to collaborate on projects, has launched a version of its service for small businesses of 500 or less employees.