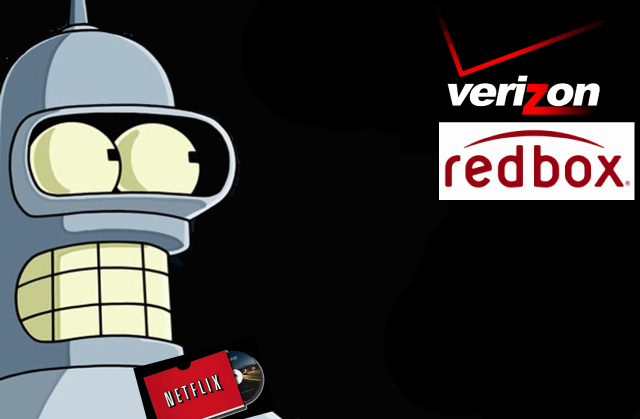 The streaming/DVD rental subscription service from Verizon and Redbox, officially called Redbox Instant by Verizon, is tentatively scheduled to launch before the end of the year, and now we’re finally hearing details about what it’s going to cost.

The service, which may debut Dec. 17, will start at $6 per month for access to a “free” catalog of streaming movies, according to a help/FAQ website uncovered by GigaOM’s Janko Roettgers. For another $2 per month, subscribers will get four Redbox credits to rent movies from the physical DVD kiosks. Those credits expire at the end of every month, so the most you’ll ever be able to watch under the plan is four physical movies.

The streaming catalog is said to be much smaller than what’s offered by Netflix but will contain a selection of newer and/or popular titles, like Rango, Iron Man 2 and Thor, according to GigaOM. That makes sense because Redbox Instant is trying to focus on only videos that are most in demand, rather than a backlog of stuff you can save up in a queue for months and months.

Redbox Instant is also offering a selection of newly released movies as streaming rentals, which start at $0.99 cents. Subscribers will also be able to reserve or rent DVDs online, which they can then pick up at a Redbox kiosk.

The streaming service will initially launch on web browsers and use Microsoft’s Sliverlight, like Netflix. Eventually, according to the help page, Redbox Instant will also be available on iOS devices, Android, Xbox Live, and some Samsung smart TVs and Bluray players.

Depending on how long it takes Redbox and Verizon to roll out support for the service across all of those aforementioned platforms, I can seriously see it surviving alongside Netflix, Amazon Prime Instant Video, and Hulu. You’re essentially getting a more reasonable version of Vudu that’s entirely focused on rentals rather than purchasing digital media. And at $8 per month, you’re likely spending as much as you would with a streaming/DVD combo plan from Netflix, and far less than the Video OnDemand rentals that cable and satellite TV providers offer.

Officially, Redbox isn’t confirming any off this information, but it has removed the help section webpage from public view. We’re reaching out to the company for further comment. I don’t expect to get any new information; however, we’ll update this post with anything we do find out.