Without really thinking about it, Ringly founder Christina Mercando started a company that might represent the future of wearable technology.

When she launched her company in June 2013, “wearables” weren’t even really a thing yet. Like many people who dream up successful startup businesses, Mercando was simply trying to develop a solution to a problem she herself had.

“I was just trying to solve a problem in my own life,” Mercando said. “I was missing a lot of calls and reminders because my phone was always in my purse or sitting on my desk. I thought there has to be a better way.” At that point she just looked down at the jewelry on her hand and wondered if the answer to the problem might be right there.

About a year and a half later, the solution — a ring that alerts the wearer to important messages by buzzing or lighting up — was ready for market. The buzzes and lights can customized in the Ringly app to represent various types of alerts or messages.

Yesterday, Ringly announced that it would be on the business end of a $5.1 million funding round led by Andreessen Horowitz, with participation by High Line Venture Partners and Silas Capital. The startup raised a $1 million seed round in August 2013, led by First Round Capital and with Andreessen Horowitz throwing in.

The rings went on sale in December, and Ringly now has a couple of distribution partners in the ecommerce site Shopbop (starting in February) and Bloomingdale’s Online (starting in March). 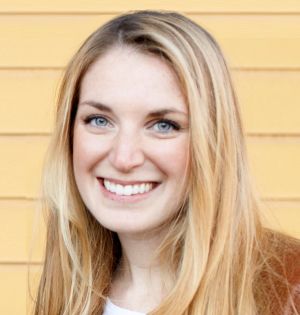 What’s all the fuss about this little New York-based company?

Ringly is out in front of the thinking in the wearables space. The space is undergoing a necessary (but difficult) convergence of the technology mindset and the fashion mindset, and so far that convergence has yielded some rather clunky products.

The truth is, most mainstream buyers will demand wearables that look fashion-forward enough, and express their personality well enough, so that they would wear them whether or not there happened to be an accelerometer inside. Wearable technology will begin to disappear into pre-existing clothing and accessories. They’ll disappear into the fashion.

“At the end of the day it becomes about the brand and the style,” Mercando said.

Mercando said her company’s main goal was to get the technology so small that fashion designers (Mercando herself is a designer) could design around it with few restraints.

Ringly wants to work closely with talented designers on future wearables, Mercando told me, not just license out a the technology part and leave it to them to design around it. The technology should be tightly integrated into the design. In many of he “fashion” wearables you see today, there’s a distinct line where you can see the fashion end and the technology begin. The technology is often simply popped into a slot in the back of the wearable.

“We want to start with the design,” Mercando said. “We don’t want you to be able to see any plastic underneath.”

Ringly’s first generation of products seem to suggest that the philosophy works. The rings are truly wearable, in a fashion sense. There’s just one basic design, with an 18k matte gold finish, but buyers can choose between different types of precious and semi-precious stones.

Ringly is still a small company, with 12 people (including a few interns). But with the new funding, it will be able to build out distribution and, most importantly, work on new products. These will include a bracelet design in the next year or so, Mercando said. She said her company will stay focused on creating products for the fingers and wrist for the time being.

Prior to founding Ringly, Mercando was vice president of product at Hunch, a startup that aimed to build people’s “taste graphs.” eBay acquired Hunch in 2011.