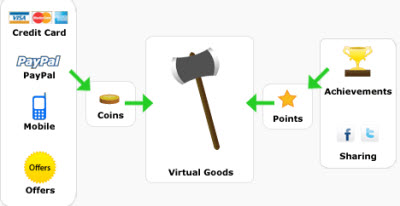 Heyzap wants to create the same kind of monetization ecosystem for Flash games as exists with Facebook games and game consoles. So today, it is launching a social platform that creates the equivalent of an Xbox Live for Flash games.

The platform uses the previously launched Heyzap Coins platform, which let players use real money to buy virtual currency to be spent in free Flash games (which previously depended on ads for revenue). The company is also adding Heyzap Achievements to its platform for developers. This application programming interface (API) makes it easy for developers to track user achievements, high scores, and other activity. 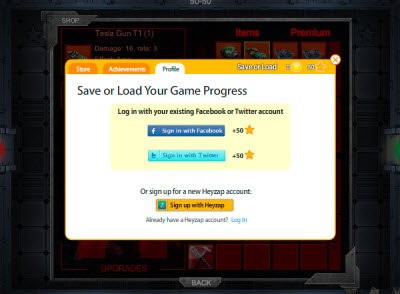 The whole idea is yet another step in setting up the same kind of ecosystem for getting money out of free Flash games as has worked so well with Facebook apps and online game web sites, said Jude Gomila, president of Heyzap in San Francisco. Heyzap indexes all of the free Flash games on the web, tracking more than 15,000 of them. And in January it launched a widget that lets web site owners embed Flash games on their sites. The company says more than 100,000 web sites are now using the widget, with more than 10 million games a month being played.

Users of Heyzap-enabled Flash games can have their own unique identification, like an Xbox Live gamertag, that can be used across games. They can also share their achievements with friends on Twitter or Facebook. Heyzap will also reward players for their achievements with Heyzap Points, much like the gamerscore system in Xbox Live. You can use these points to buy things in games. Combined with Heyzap Payments based on real money, the Heyzap system sets up a dual-currency model that is popular in a lot of online games now. The dual currency system works well because it lets players who don’t want to waste time to spend money to further their progress in games; but it also allows those who don’t have money to earn points that they can spend on goods in the game. It’s fair for everyone, Gomila said.

A system like this could also encourage more cross promotion of games, much like having a bunch of tokens encouraged players to try lots of different games in arcades. Heyzap introduced its payment system for virtual goods in Flash games in June. Now more than 50 games use it and 500 developers have signed up to use the Heyzap platform. In September, Heyzap launched an analytics tool to let developers track user progress in games.

Rivals include Mochi Media, which has its own virtual goods system for Flash games. Heyzap is funded by Y Combinator and Union Square Ventures. It has nine employees. Gomila and Immad Akhund founded the company last year. Here’s a sample game below.