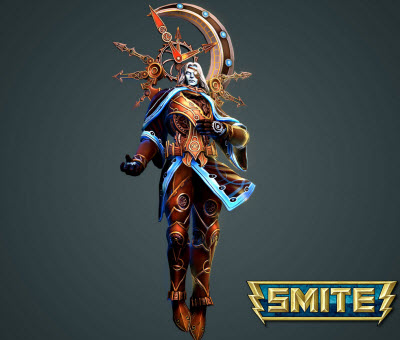 Tencent has struck a worldwide publishing cooperation agreement with Hi-Rez Studios on Smite, a multiplayer online battle game (MOBA) that is still in beta testing but has already drawn more than 2 million registered players to date. Tencent is the majority owner of Riot Games, the creator of the wildly popular League of Legends MOBA. Thanks to investments in Riot Games and Epic Games, Tencent counts itself a player on the world stage and the fourth-largest gaming company in the world.

Todd Harris, the chief operating officer at Hi-Rez Studios, told GamesBeat that Smite is proving popular because it provides an “action element for a MOBA.” It combines first-person shooter elements with the 3D online battles and features of a massively multiplayer online role-playing game. It is a fast-paced, competitive game akin to League of Legends.

Steven Ma, the vice president at Tencent. said in a statement, “Smite is a totally new type of MOBA with some traditional mechanics, but also providing different modes of battle and gameplay.” He said that the differences in the Hi-Rez game will make it stand out in the Chinese game market, which has become one of the biggest in the world.

Hi-Rez will publish the game itself in North America and Europe, Harris said. But Tencent will publish the game in the rest of the world, including China. The game depicts a battle among a pantheon of gods from seven different cultures around the world. That makes it a globally appealing game, Harris said. So far, the company has revealed more than 40 god characters that players can use, and it is revealing more every two weeks.

“We have been working closely with Tencent to ensure that Chinese gods are authentic to that culture while still making those gods available to all Smite players worldwide,” Harris said.

The two companies made the announcement at the Gamescom event in Cologne, Germany. Tencent’s QQ Game portal had 461 million active users at the end of last year, giving it a 65 percent share of China’s online market. It operates seven online games that each host more than 1 million concurrent (simultaneous) users. Tencent estimated that the MOBA market grew 70 percent in China last year.

Hi-Rez started beta testing for the Smite title in June 2012, and it has registered 2 million players. The game was the No. 13 most-viewed game in the West across all genres and platforms in the month of July for the game livestreaming site Twitch.tv. Hi-Rez also said that it has designed a set of gods for China (Guan Yu, Sun WuKong, and Zhong Kui) and is preparing to launch a closed beta with Tencent in October.

Hi-Rez was founded in 2005. In 2010, it released its first title, the squad-based online shooter Global Agenda. In April 2012, it released the free-to-play first-person shooter Tribes: Ascend. The company has spent more than $20 million investing in its technology platform for online free-to-play games. Rivals include League of Legends and Dota 2. But Harris said, “We believe the MOBA category will be a genre that can support multiple games. We want to grow the market by adding an action element.” Lots of other gamemakers are betting on the same thing. Hi-Rez has 75 employees and is based in Alpharetta, Ga.