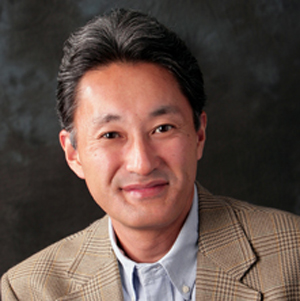 The next generation of Sony’s PlayStation console will not be seen at this year’s Electronic Entertainment Expo, according to Sony Representative CEO and Executive Deputy President Kazuo Hirai.

Hirai confirmed there will be no announcement about the PlayStation 4 during a roundtable discussion at the Consumer Electronics Show in Las Vegas, according to the Wall Street Journal, shooting down a previous rumor that Sony and Microsoft would be bringing their new hardware to E3 in June.

“I’ve always said a 10-year life cycle for PS3, and there is no reason to go away from that,” Hirai told the media at CES.

Sony says the PlayStation 3, which debuted in 2006, sold 6.5 million units this holiday season and has cumulatively sold over 50 million units worldwide since launch. The PlayStation Network, an online multiplayer gaming and digital media delivery service, has more than 75 million registered accounts and operates in 59 countries and regions. With these robust figures, it’s no wonder Sony is in no rush to push their next console out the door.

Similarly, Microsoft’s Xbox 360 has seen strong sales late in its life cycle. Earlier this week at CES, Microsoft CEO Steve Ballmer revealed the console has sold more than 66 million units since its launch in 2005.

Sony and Microsoft rival Nintendo, however, has seen declining sales of its motion-controlling Wii console and will be showing off its predecessor, the Wii U, at this year’s E3. The Wii U will feature a controller with a 6.2-inch screen and will support full HD graphics, two features many fans felt were lacking in the original.