Augmented reality and virtual reality jobs are hot, with demand surging 1,400% in 2019, according to a new State of Software Engineers report by job site Hired.

This means that AR/VR knowledge is the hot new thing, supplanting blockchain engineers, who according to Hired’s data were in demand a year ago. In last year’s report, blockchain engineer demand grew 517%. It’s a surprise to me, as AR/VR is having a mixed impact in consumer markets. But demand in the enterprise is strong.

Hired said that AR/VR engineer salaries range from $135,000 to $150,000 in large U.S. tech hubs. The majority of software engineers predict that we will see the full impact of AR/VR in the next five years. Meanwhile, demand for gaming engineers grew 146% in 2019, and demand for security engineers grew 49%.

The data comes from more than 10,000 companies and millions of job seekers who interact with the Hired job site. The company takes that data and combines it with thousands of survey responses from top tech talent to discern their wants, needs, and expectations. 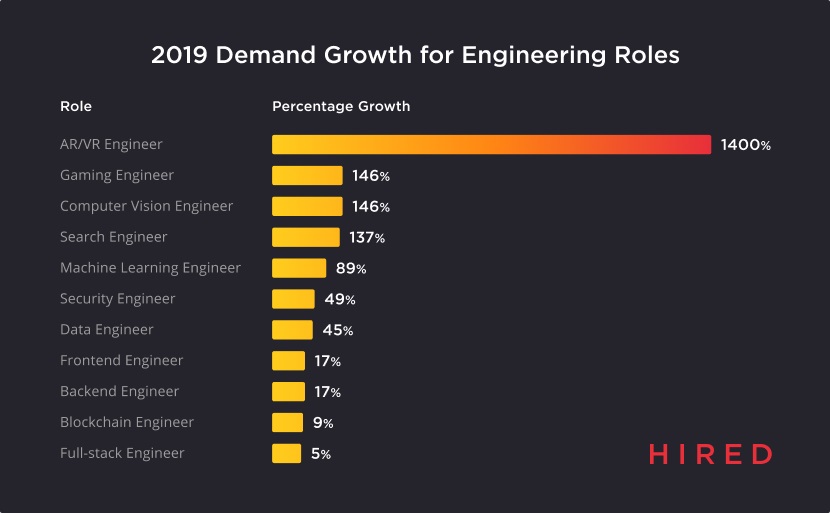 Above: Hired shows that AR/VR demand far outpaces other types of engineering disciplines.

Hired said it sees the growth in AR/VR demand as a direct reflection of the technology itself coming of age for a broader swath of business outside of gaming. From beauty companies like Sephora to furniture retailers like Wayfair, many different types of companies are embracing the capabilities of these world-building technologies. 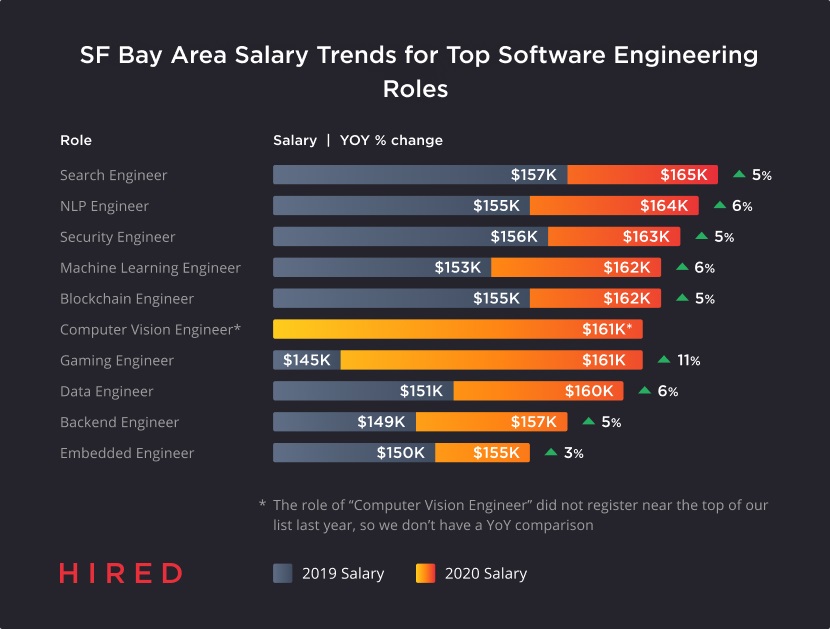 Above: The Bay Area salaries for search experts are sky-high.

Other highly paid constants across markets are the roles of NLP (natural language processing) engineer, security engineer, and gaming engineer, all of which cracked the top 10 highest paid roles in at least two Hired markets.

The most in-demand skills 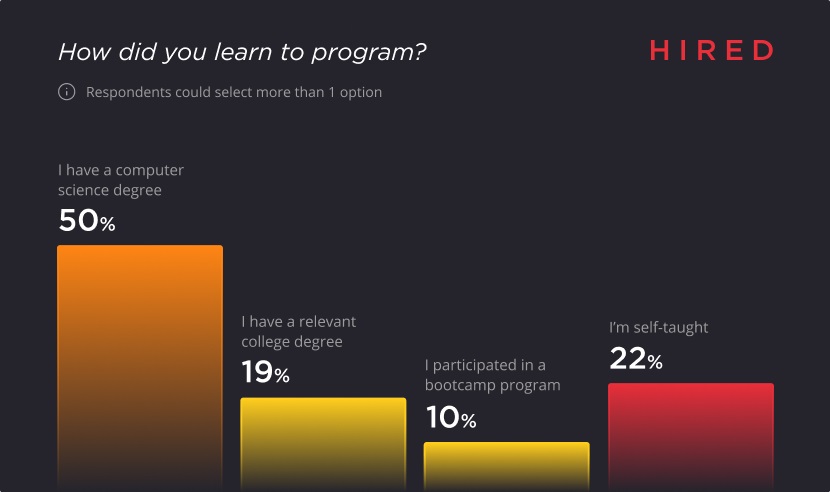 Above: Engineers tell how they learned to program

In last year’s State of Software Engineers report, the candidate skillsets that made them the most in demand on the marketplace were candidates with Google’s Go, and those candidates have only become more in demand in the last year.

Before developers land jobs — or even get an initial offer — they have to work their way through a variety of coding exams, whiteboarding sessions, and behavioral interviews.

But only 31% think coding exams effectively test their aptitude, while two-thirds say most coding exams are irrelevant to the daily job of an engineer, Hiring said. Of all the tests they’ll have to take to get the job, developers aren’t up at night worrying about behavioral interviews — just 12% say it’s the most stressful part of the process, Hiring said.