I’ve been reliving the last few years of my life by reading Blake Harris’ new book, The History of the Future. It chronicles the life of Palmer Luckey, the creation of the Oculus Rift virtual reality headset, and the revival of VR. The book debuts today.

It is a thorough book, with plenty of insider scenes that reflect the close access that the author had to Luckey and other key Oculus figures such as Oculus VR cofounders Brendan Iribe, Nate Mitchell, and Mike Antonov. 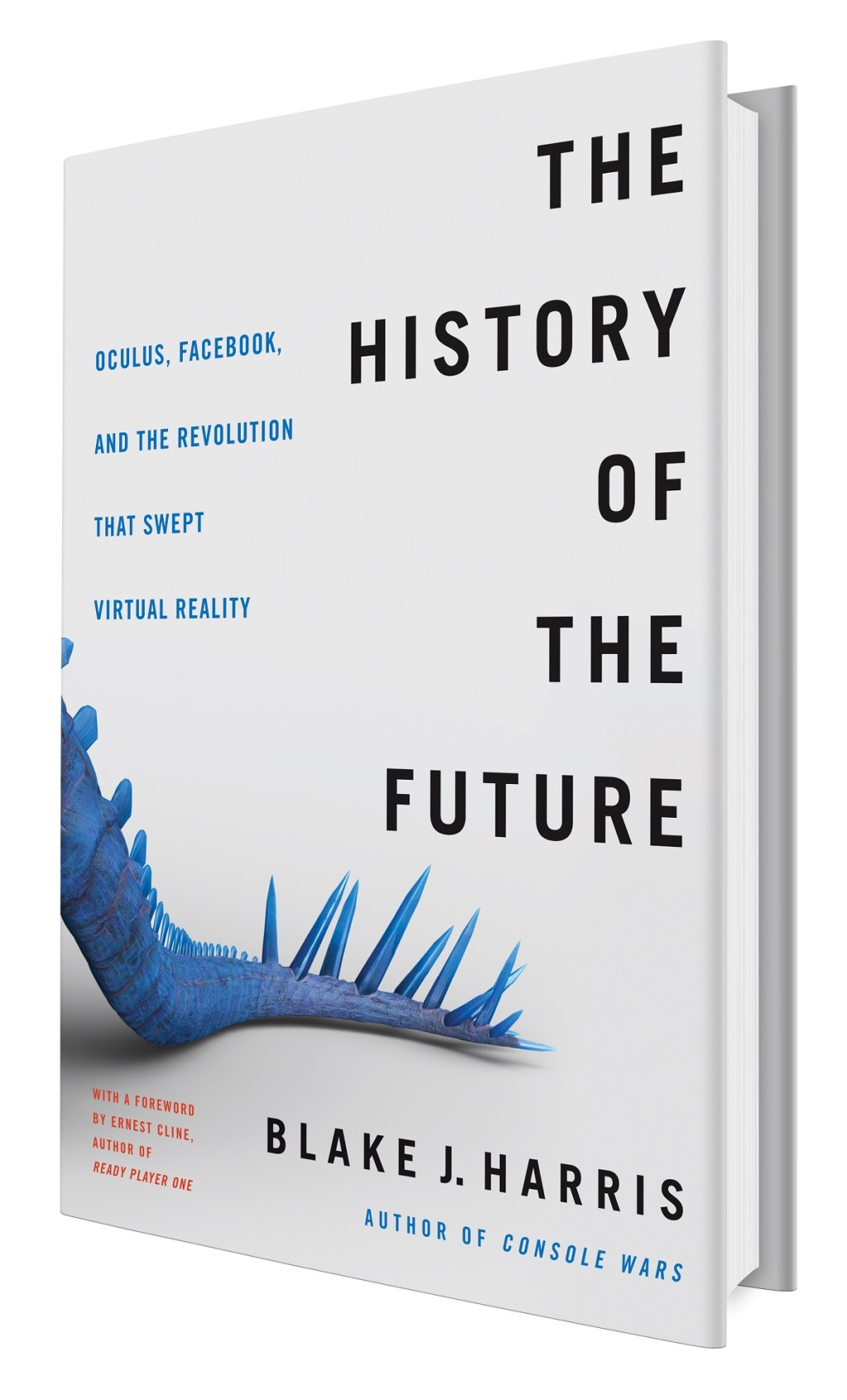 Above: The History of the Future captures the rebirth of VR.

I haven’t finished it yet, but it is interesting reading because Harris reveals what was happening on the inside of the company when it was making external announcements, like showing its initial prototype to John Carmack in 2012 and launching its Kickstarter crowdfunding campaign in 2012. I covered these events one story at a time, interviewing people like Luckey and Iribe on a regular basis.

But Harris’ book shows what happens when you step back, interview people about what really happened, and then try to understand it all and put that into a book. It just feels more like a roller-coaster ride when you know how fast things were happening. Harris had a front row seat to this history as it was taking place — until he lost his access. 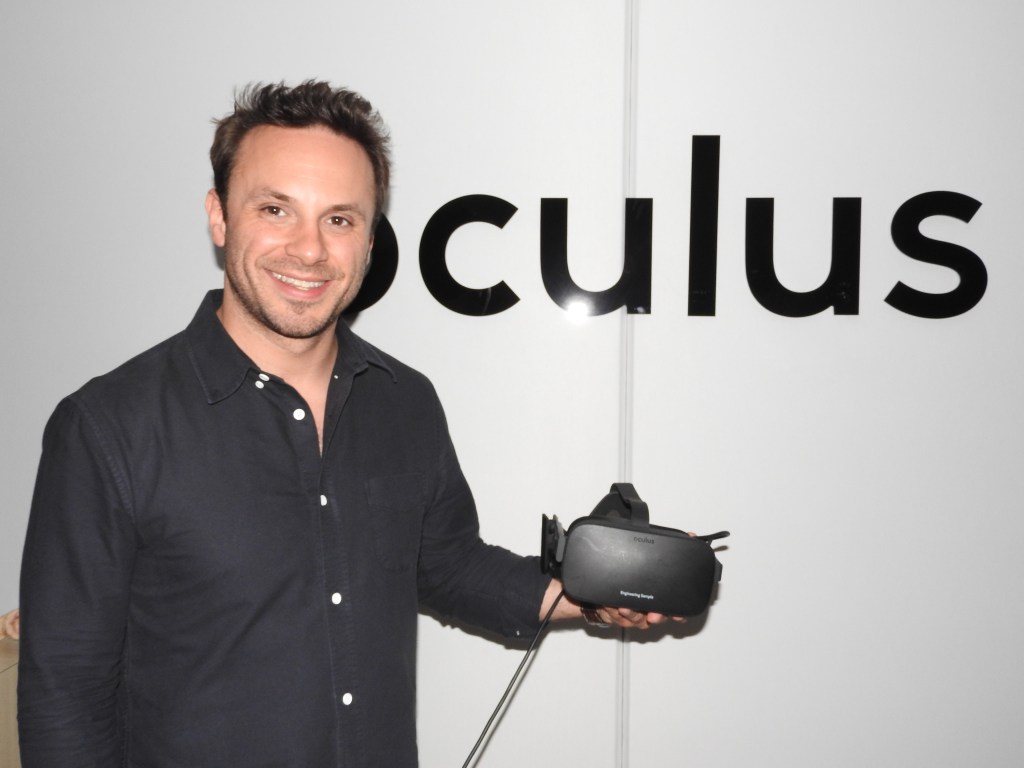 Above: Brendan Iribe showing off the Oculus Rift at E3 2015.

One thing does bother me. Harris acknowledges in his foreword that he reconstructs conversations between people for dramatic purposes. I know from writing my own books that it’s very hard to extract memories from people about meetings that they had. They tend to be so dull or to blur together so much that getting an accurate account of what was said is all but impossible. Add to that the notion of conflicting accounts, and it’s quite hard to be able to tell your readers what happened at a momentous place in the story. In that way, it reads like his previous book, Console Wars, the story of how Sega disrupted the game console business — which is being turned into a TV drama.

This is not to say that this VR story has all the accuracy of a typical TV drama. Harris explained his “narrative decisions” in the beginning of the book, noting where he had firsthand knowledge, where he had secondhand knowledge but a reasonable belief in the accuracy of the content, and lastly “transposed” memories in which he tried to “capture the essence and meaning of those conversations, if not the exact words.” 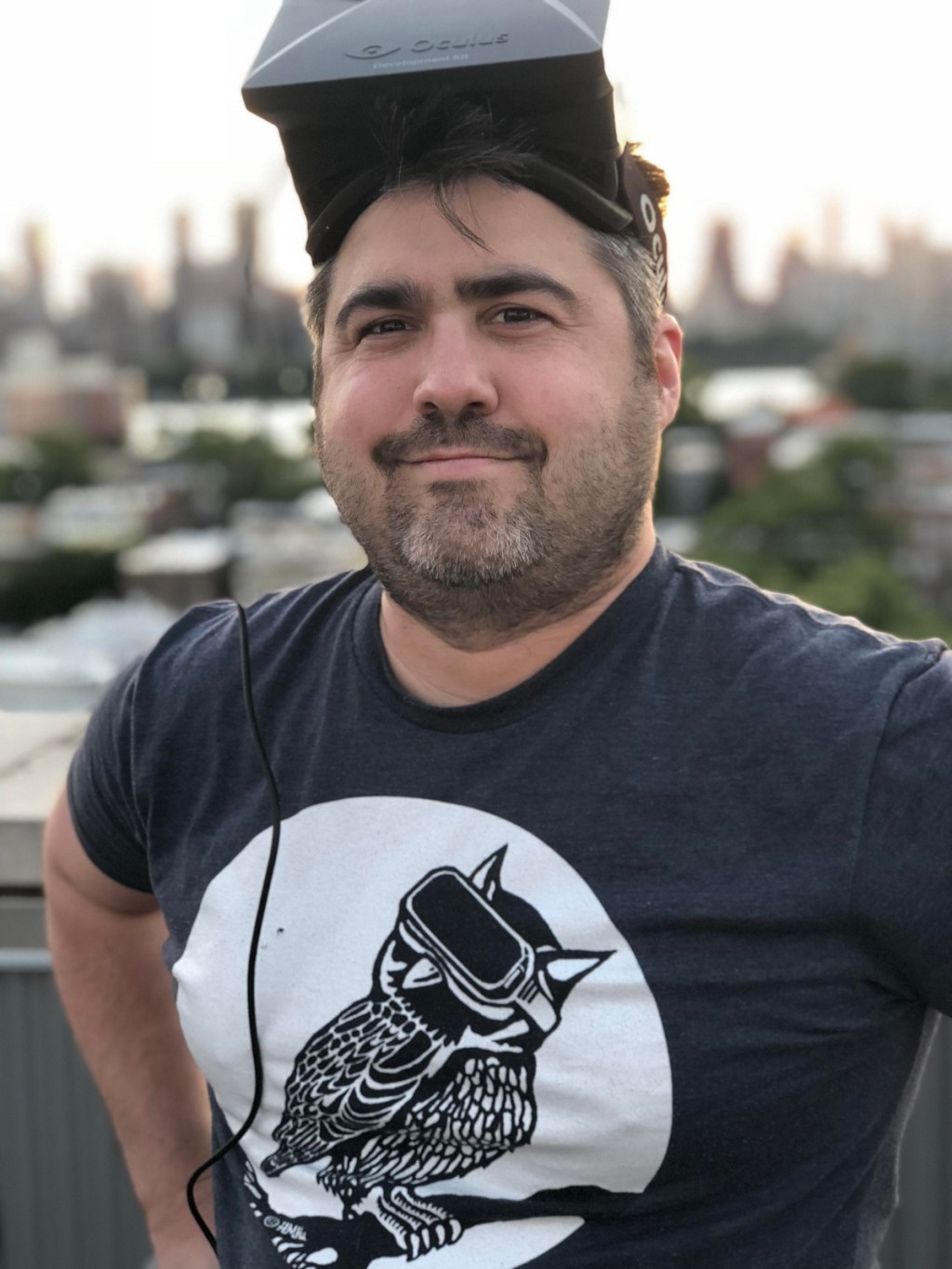 Above: Author Blake Harris, writer of The History of the Future.

Harris spent a few years on the book, interviewing hundreds of people and going through 25,000 documents. I trust that process has led him to produce a great story, but I can see how people who were interviewed might dispute the accuracy in some parts. I can definitely say that the parts I have read so far have added to my understanding of the history of VR.

I’m looking forward to finishing the book and rendering a verdict. But in any case, the book should be required reading for people who are interested in VR and the potential revolution that it could bring to everything from enterprise business to video games.

The book starts with Palmer Luckey, a 19-year-old whiz kid living in a trailer in front of his parents’ house, and his desire to resurrect VR with a pair of goggles that could transport you anywhere. He hooks up with John Carmack, id Software’s tech guru and co-creator of Doom and Quake, setting in motion a new VR revolution.

Brendan Iribe, cofounder of Scaleform and executive at Gaikai, convinced Luckey not to take a job at Sony for $70,000 a year and instead form a company around the Oculus Rift. They raised millions of dollars in a Kickstarter campaign and then sold Oculus to Facebook for $2.7 billion in 2014. That put VR on an accelerated path to launch in 2016. The Rift launched that year along with rival HTC Vive, but both systems saw disappointing results, poking a hole in the overhyped VR bubble.

But things started going bad for Luckey in September 2016, when The Daily Beast published a story about his support for a company that was trying to boost Donald Trump’s presidential campaign. While the article had errors, it confirmed that Luckey was a Trump supporter. Facebook allegedly forced Luckey to issue a written statement in clarification, saying he planned to vote for third-party candidate Gary Johnson. But Luckey alleged that he was forced to make that statement, on threat of losing his job.

Luckey was eventually fired six months later, after being exiled from Facebook’s campus. Facebook is preparing to launch its $400 wireless headset, Oculus Quest, this spring, in hopes of reinvigorating the reinvigorated VR market. Harris explains later in the book why his access to Facebook was cut off.