After being in private beta with 600 customers since January, Hive is launching its platform to the public today.

Hive is what founder John Furneaux calls an “action and collaboration platform.” The app for teams combines messaging, team goals, personal to-do-lists, and file sharing into a single dashboard, and feels a bit like a combination of Trello, Slack, and Dropbox.

“I think of it as being kind of the secret love child of Asana and Slack,” Furneaux said.

Hive is available on Mac OS and Windows PCs, as well as on iOS and Android smartphones. The app integrates more than 100 programs often used in collaborative efforts — like Salesforce, WordPress, MailChimp, and Google Docs. 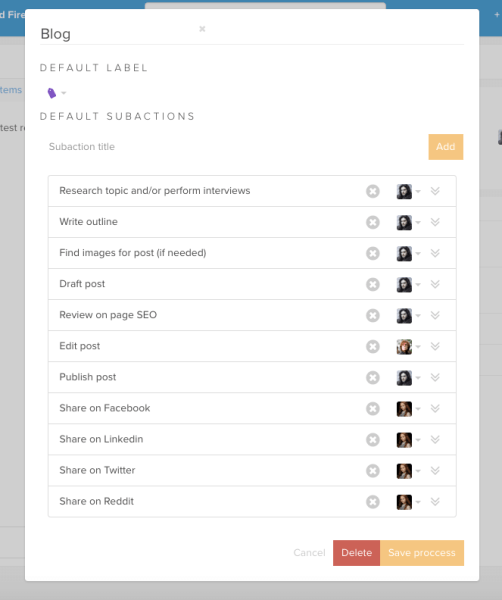 Hive does not automate tasks, but rather attempts to understand what task you’re doing so that each time you create a task on the platform, a list of steps to complete that task also emerges. Task process lists also come up when a users makes a calendar event or performs a search query.

“We think you can be smart about helping people know what to do, so we’ve been working in private with Deloitte, Capgemini [consultants], and GroupM [ad agency] and building out a library of processes of doing things the best way possible,” Furneaux said.

Teams can also make their own lists. Each process list shows the name of its creator.

Natural language understanding is used to recognize keywords and to parse the difference between when a Hive user types “write an article,” “write a blog,” or “post in social media.”

“There’s lots of different things where your intention is not that far apart, and we want to capture that and give you the option. And that’s where the machine learning comes in. It’s matching the thing you’re trying to do with the best-in-class process,” he said.

Hive is available free for teams of up to 10 users. A professional version with unlimited app integrations is $8 a month.

New York-based Hive was created in 2015 and has eight employees. Last year, the company raised $1.4 million in funding in a seed round led by Tribeca Venture Partners. Other investors include Google and Grey Ventures.