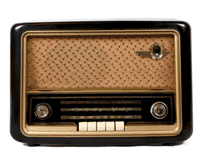 All is not perfect in Internet radio land, despite earlier sighs of relief.

Pandora and other large-scale Web radio services may have done good by securing a long-term royalty agreement for themselves, but smaller stations could get lost in the shuffle.

That’s at least according to Johnie Floater, General Manager for Live365, an aggregator of over 6,000 web radio stations manned by human DJs. While much attention was given this week to an agreement between large webcasters and SoundExchange, a royalty collection group, Floater says the agreement isn’t satisfactory for small webcasters whose revenues total less than $1.25 million.

At issue is the minimum $25,000 fee imposed on all webcasters, large and small. Floater said there’s simply no way Live365’s stable of niche Internet station operators can each pay that kind of money.

“I’m sorry but as much as I like Armenian folk [music], it’s never going to be a million dollar business,” he said. “Does that mean it shouldn’t be on the Internet? No.”

Live365 is seeking an alternative rate model and has roughly three more weeks to negotiate one under a deadline set by the U.S. government.

Floater wants SoundExchange to instead deal with aggregators — such as Live365, of course — that can pull these small stations together and put up a minimum fee larger than $25,000, but smaller than the full fee for every station in its line-up. In addition, the company would keep records and report what the stations are playing, so the stations themselves don’t have to. He’s okay with the other conditions of the agreement, which allow webcasters to pay a portion of their revenue instead of full royalty rates, up to a limit.

If a deal falls through and smaller stations are forced to pay steep entry fees, Floater believes niche broadcasters will turn to piracy and broadcast recordings without paying royalties.

It’s been suggested that Pandora’s deal isn’t perfect, either. Bruce Houghton, president of the talent agency Skyline Music and editor of the blog Hypebot, said the deal is “better than most people feared and not as good as the webcasters had hoped.”

Houghton worries that higher royalty rates are putting too much pressure on what are essentially startup businesses. These companies are still trying to monetize, so he was hoping the rates would be frozen for another year or two before being raised. “We could have debate about which is the best, fairest way to charge, but really the biggest problem is [royalty collectors] charge too much.”

Phone calls and an e-mail to Pandora were not returned on Thursday.