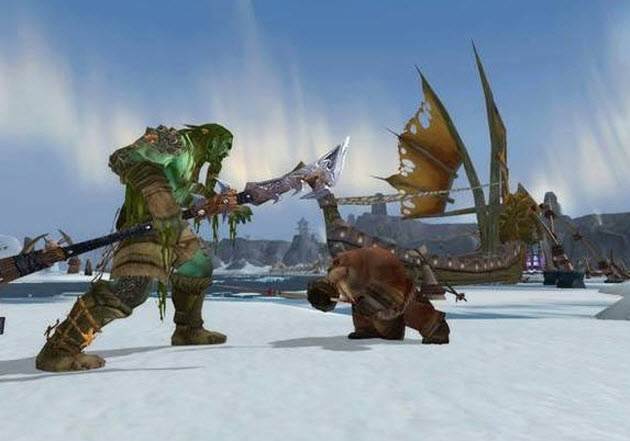 World of Warcraft is successfully holding defending its territory against the onslaught of free-to-play fantasy role-playing games. Blizzard Entertainment said today that WoW has more than 12 million paying subscribers, making it the biggest subscription online game by far.

World of Warcraft launched in 2004 and became such a hit that Blizzard put other games on hold and assigned a huge team to maintaining and upgrading the game. It crossed 10 million users in 2008 and then appeared to stall with the onset of the recession. The game topped 11 million users in late 2008. WoW constantly adds and loses subscribers, making it tricky to keep the growth going. But the game is growing again, probably in part due to anticipation over the new World of Warcraft: Cataclysm expansion pack as well as a recent expansion in China, where the game has millions of users.

The rise in subscribers is good for WoW because it shows the game’s subscription business model is holding up despite pressures from the rest of the online game industry to provide content for free. WoW is the rare game that can charge money for its online service.

Cataclysm is a highly anticipated expansion pack, as it contains new playable races (goblins and wolf-like Wargen), and it will change the entire look of the existing terrain of the game as the universe gets hit by a big disaster. Stene Agee analyst Arvind Bhatia estimated that Cataclysm alone will sell more than 3.5 million to 4 million units this year alone. The game expansion pack goes on sale on Dec. 7.

Past expansion packs have sold well. World of Warcraft: The Burning Crusade sold 2.4 million in a day in 2007. And World of Warcraft: Wrath of the Lich King sold more than 2.8 million units in a single day in 2008. The 12 million number was also reached because the Wrath of the Lich King expansion was finally released in mainland China this summer. (It always takes Chinese censors a long time to approve games as they decide whether the games are healthy for young players). WoW is available in eight languages.