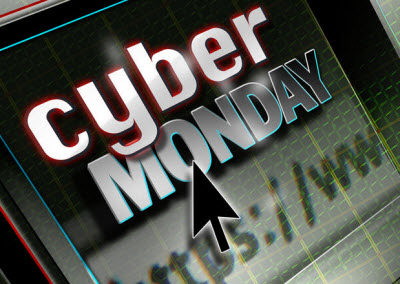 U.S. shoppers are spending a lot of money after a record-setting Cyber Monday, according to data from the first week of sales after the season kick-off.

Market research firm comScore said Sunday that shoppers spent $6 billion on Monday through Friday last week. Typically, about 40 percent of spending happens in the last two months of the year.

“Cyber Monday kicked the week off with a bang as consumers opened their wallets to the tune of $1.25 billion, but it was only the beginning of a very strong week of online holiday spending,” said comScore chairman Gian Fulgoni in a statement. “As the deals from this week expire, it will be important to see the degree to which consumers return to the same retailers to continue their holiday shopping, thereby helping improve retailers’ profit margins, or if we experience a pullback in consumer spending – which has occurred in previous years – before promotional offers and spending intensity pick back up in earnest around mid-December.”

Cyber Monday sales were $1.25 billion, the biggest online shopping day in history. On Tuesday and Wednesday, online shopping sales also broke $1 billion each day (Tuesday Nov. 29 was $1.12 billion; Wednesday Nov. 30 was $1.03 billion). Heavy discounting and promotions, as well as free shipping, got shoppers in the holiday spirit. About 63 percent of sales had free shipping, compared to 52 percent a year ago.

“Consumers have come to expect free shipping during the holiday promotion periods, and retailers, in turn, have realized that they must offer this incentive,” said Fulgoni.

Online sales were up 15 percent to $18.7 billion in November and the first two days of December, compared with the comparable period a year ago. Overall, online shopping accounts for 8 to 10 percent of holiday spending.