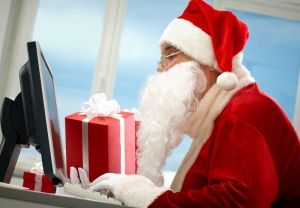 U.S. online holiday spending hit $19.6 billion in the first 34 days of the November-December shopping season, up 15 percent from a year ago.

Growth slowed somewhat in the later part of the work week, but strengthened on the weekend, with sales up 17 percent. For the week ending Dec. 4, sales were $5.8 billion, up 15 percent.

“We are now entering the portion of the season when online retailers typically reduce their promotional activity as they attempt to restore their margins, which can sometimes contribute to temporary softness in spending growth rates,” said comScore chairman Gian Fulgoni. “However, this will likely be immediately followed with an acceleration in the spending rate as we approach the middle of December, which is sure to bring us several more billion dollar online spending days.”

The strongest overall spending gains have been driven by the mid-income segment (households earning $50,000-$99,999) at 19 percent, while spending among upper-income households ($100,000 and higher) is growing at a rate of 16 percent. Lower-income households (Under $50,000) are seeing a more modest increase of 9 percent.