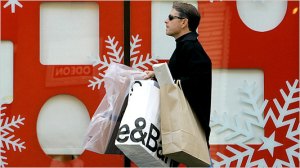 Online holiday shopping for 2011 finished at an all-time high of $35.3 billion, up 15 percent from last year’s sales figures.

According to comScore, which tracked online consumer spending between November 1 and the week beginning December 25, year-over-year sales figures for online retailers were higher for every single week for the final 56 holiday shopping days of 2011.

“We can now say with certainty that the $1.25 billion spent on Cyber Monday will rank it as the heaviest online spending day of the season for the second consecutive year, but we should also note that it was accompanied by nine other billion-dollar spending days this year.”

One huge new trend was the purchase of digital goods and subscriptions, with many purchases being made as late in the game as Christmas Day.

This e-commerce vertical includes digital downloads for media such as music, TV, movies, e-books and applications. To those of us tracking the popularity of gadgets, this trend isn’t too much of a shock.

Given that tablets, smartphones and e-readers (as well as iTunes gift cards and similar gift certificates) have become popular gifts in recent years and months, it’s not too surprising that many recipients of such gifts spend the hours post-unboxing in a frenzy of app and media downloading.

comScore says the higher figure should be echoed on each of the days following Christmas Day for about a week.

Here’s a snapshot of year-over-year sales increases between the holiday season in 2010 and this year’s holiday shopping online as well as the hard numbers for a few significant shopping days:

The overall hike in online spending was apparent as early as November 23, when we saw a 14 percent year-over-year increase. And the week ending December 18 was the biggest week in online shopping in the history of e-commerce.