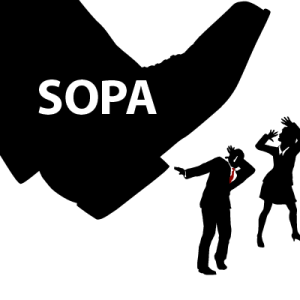 The U.S. House of Representatives has invited a small group of security experts and tech industry leaders to testify about potential risks associated with passing legislation like the Stop Online Piracy Act (SOPA), the House Committee on Oversight and Government Reform announced today.

For anyone who’s still in the dark about the proposed legislation, here’s a quick rundown: SOPA gives both the U.S. government and copyright holders the authority to seek court orders against websites associated with infringing, pirating and/or counterfeiting intellectual property. The implication of having the act pass is that it could drastically change the way the Internet operates. For example, if a website is accused of containing copyright-infringing content (such as a song, picture or video clip), the site could be blocked by ISPs, de-indexed from search engines and even prevented from doing business with companies like PayPal. [For more information about the proposed SOPA legislation, check out this infographic about the bill’s negative effect on business and innovation as well as VentureBeat’s ongoing SOPA coverage.]

“The public deserves a full discussion about the consequences of changing the way Americans access information and communicate on the Internet today,” said committee chairman Darrell Issa (R-CA) in a statement.

As for who will deliver the testimony, it’s a pretty competent group of people who (arguably) aren’t just a bunch of SOPA protesters. For instance, Kaminsky is regarded highly by many computer security experts for his work exploring DNS Cache Poisoning, while Ohanian is the spokesperson for one of the largest and most active online communities in the world.

Full statement from the House Committee:

“An open Internet is crucial to American job creation, government operations, and the daily routines of Americans from all walks of life,” said Issa. “The public deserves a full discussion about the consequences of changing the way Americans access information and communicate on the Internet today.”